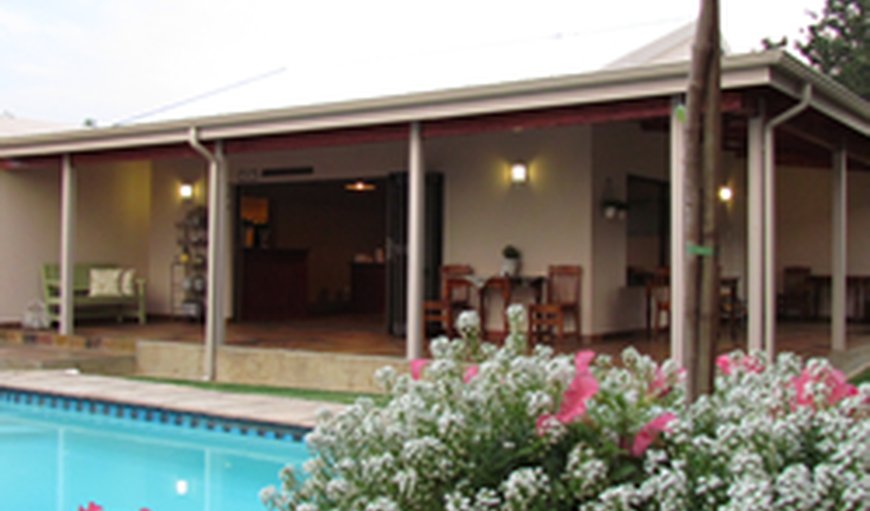 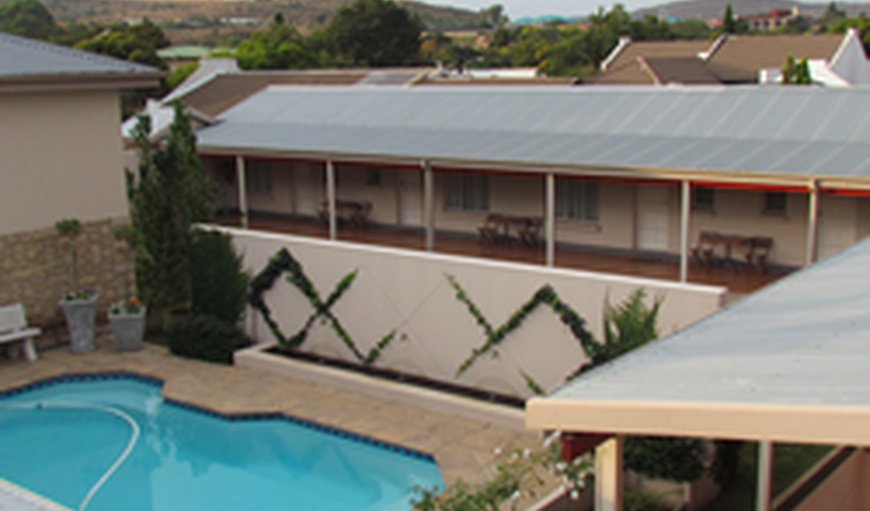 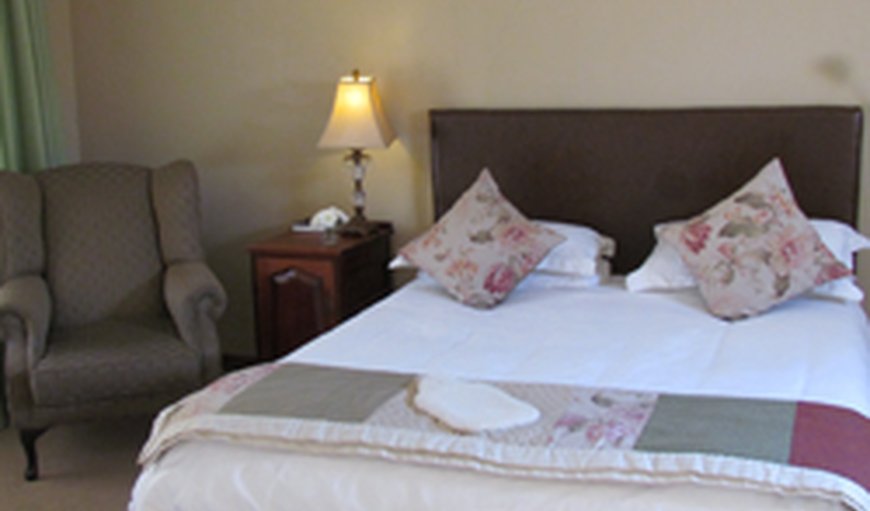 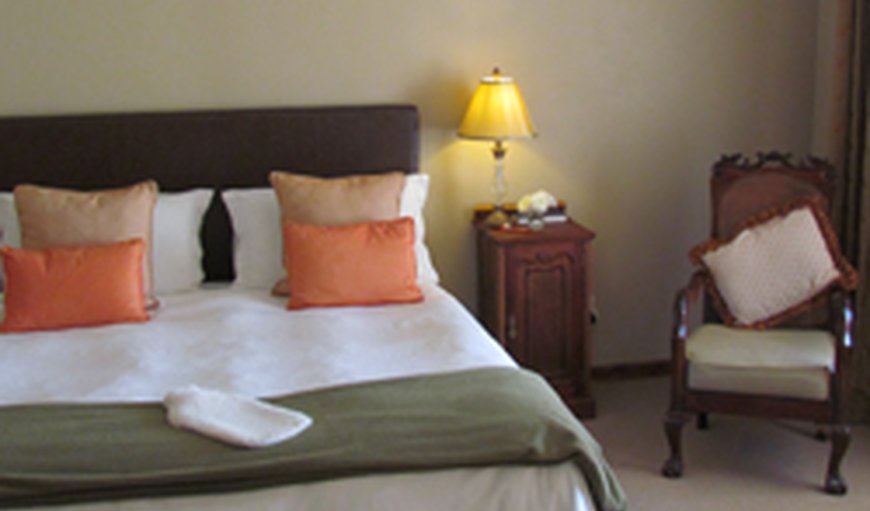 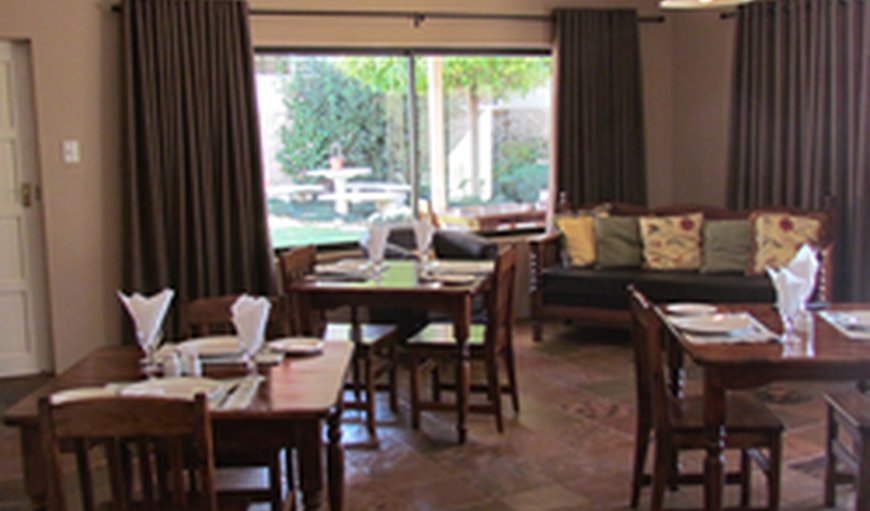 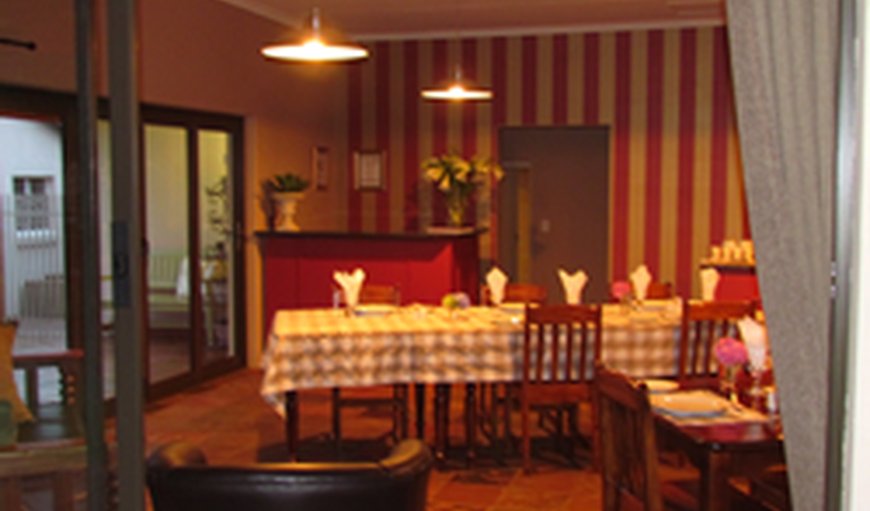 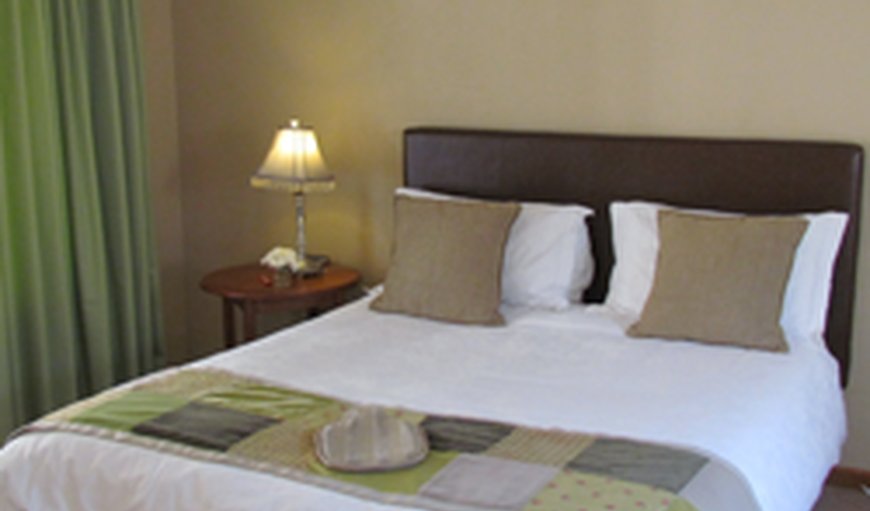 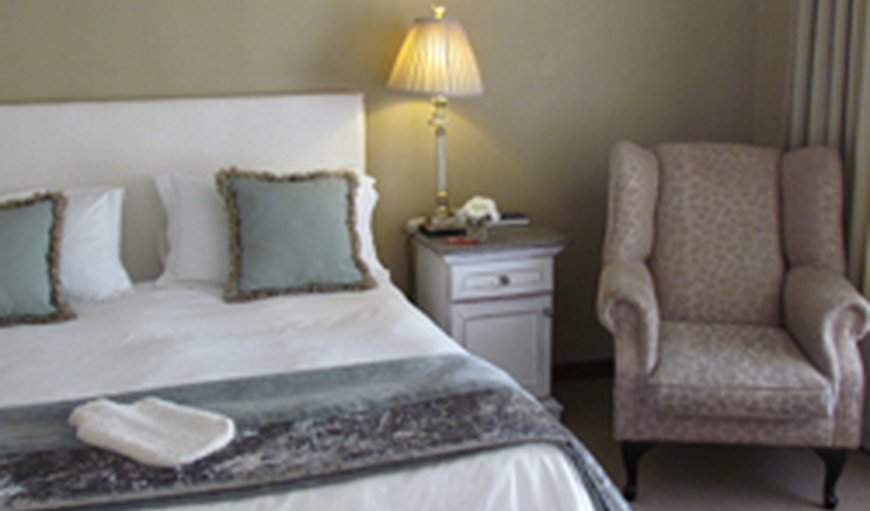 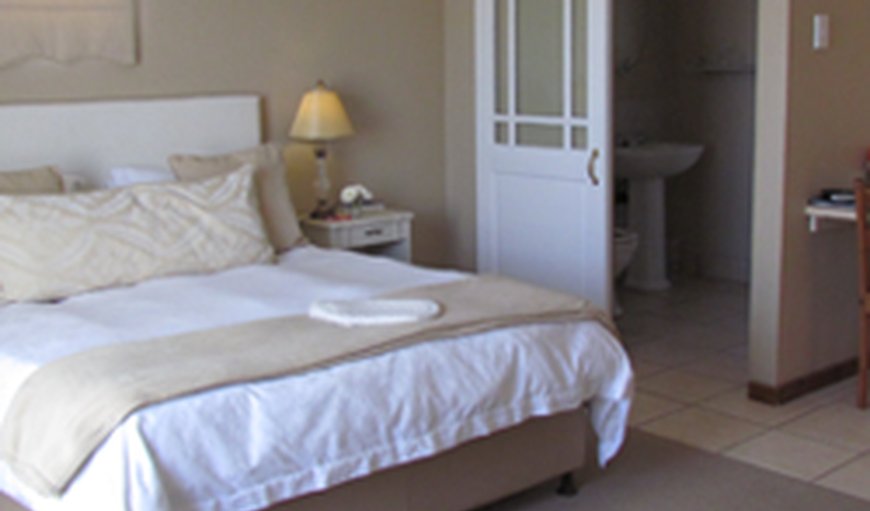 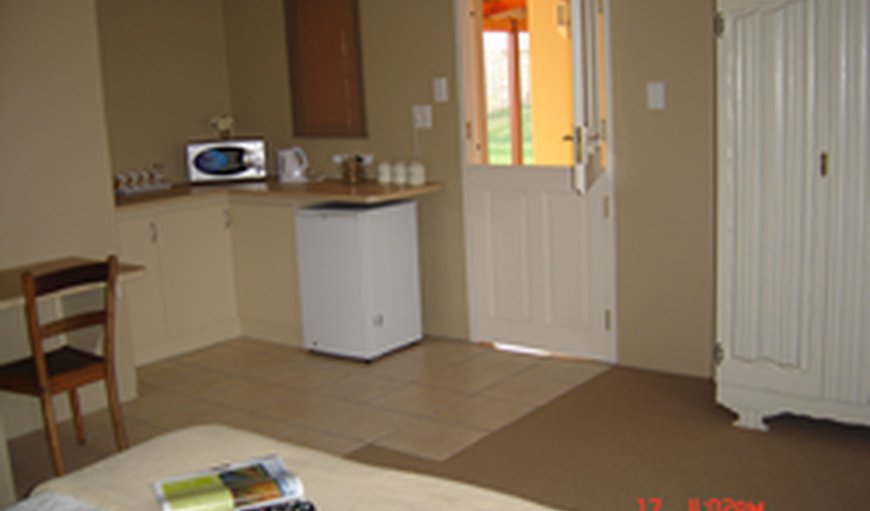 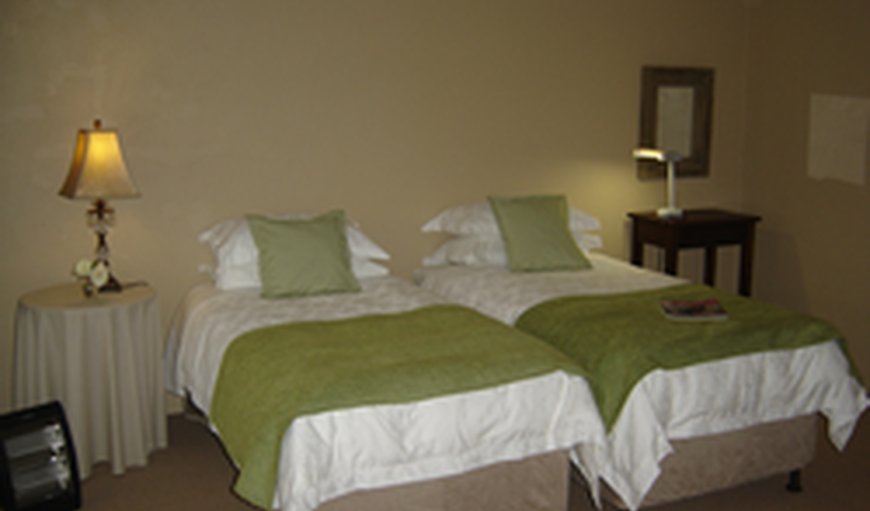 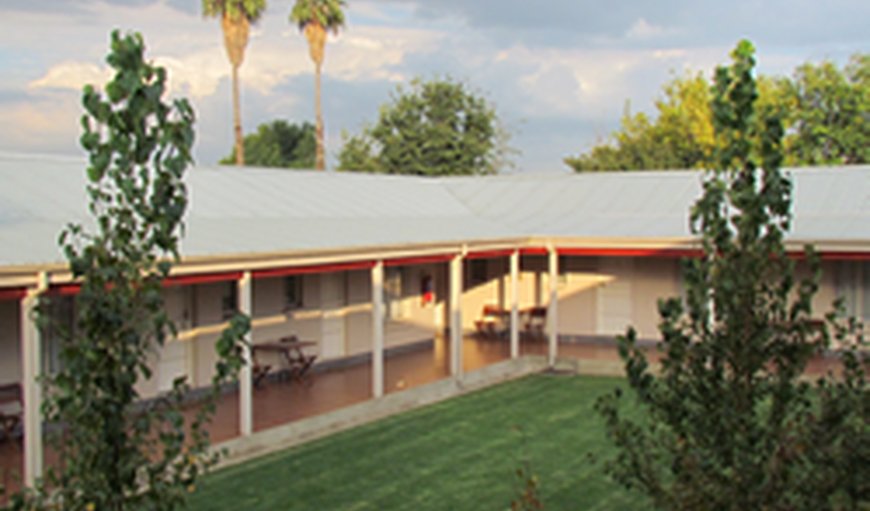 The relaxing and quiet atmosphere that we cherish here, is sure to provide you with the rest and comfort that you require after your busy day. We offer clean rooms that are stylishly furnished to meet all your possible needs. Crisp clean linen, heated swimming pool, pleasant dining facilities, Wi-Fi in all the rooms, remote control gate, safe parking. Conference facility for 10-15 people.

Queen size or twin beds, Dstv with all the sport channels, Discovery and Kyk-net. Wi-Fi. En-Suite bathroom with shower or bath and overhead shower. Kitchenette with fridge, kettle and microwave. Coffee and tea facilities. Private entrance to your room with own outer door. Rooms are serviced daily.

Situated near local gym and business centre. At the foot of the Suikerbosrand, Heidelberg began in 1862 as a trading station built by a german, HJ Uekermann. A town was laid out around the store and named after Uekermann's alma mater.

During the First War of Independence Heidelberg served as capital of the Zuid Afrikaansche Republiek under the Triumvirate of Paul Kruger, PJ Joubert and MW Pretorius, from 1880 to 1883.

In 1885 the Witwatersrand gold reef was discovered in the Heidelberg district and the office of the Mining Commissioner was established there.

Heidelberg developed as a typical rural Victorian town. Many buildings dating back to the period between 1890 and 1910 have been preserved.

Activities nearby include: Golf, Bicycle Touring, Walking and Hiking / Backpacking. Attractions include the AG Visser House in Van der Westhuizen Str. Dr AG Visser, renowned early Afrikaans poet, resided and practised as the local doctor in this house. Concentration Camp Cemetery - View the graves of woman and children of who died during the Second War of Independence. Diepkloof Farm Museum - 20km On the Nigel road you would find the old restored farmhouse built in 1850. Heidelberg Transport Museum - Opened in 1975 by the Rembrandt group as a service to the community. Klipkerk - Its name meaning 'stonechurch', the corner of this beautiful sandstone edifice was laid in 1890, 25 years after the finding of congregation. Suikerbosrand Nature Reserve - The highveld reserve has a wide range of plants, birds and animal species. Clearly marked self-guiding hiking is laid out. Caravan, picnic and barbeque facilities are found in all parts of this large reserve. The old Jail - The jail was built in 1888 and first served as a hospital and home for the underprivileged. The building has stood empty since 1963 when a new jail was built. It is now being restored. Bakoond - During the Second War of Independence, the Boers built a "bakoond" over the water fountain to hide it from the British forces. In this way, they safe-guarded their supply of water.

Stay was very pleasant thank you.

Select your rooms
and guests
Excellent Rating: 5.0 / 5
Based on 1 verified guest reviews