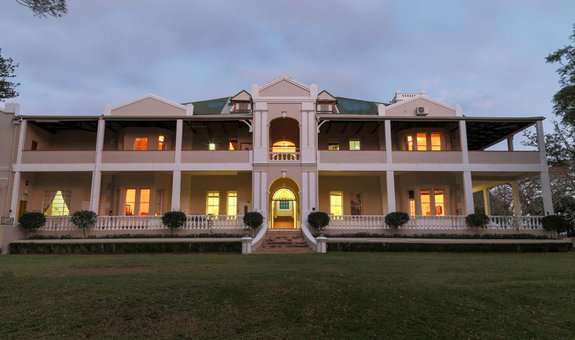 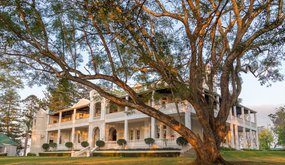 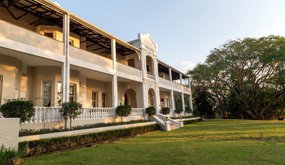 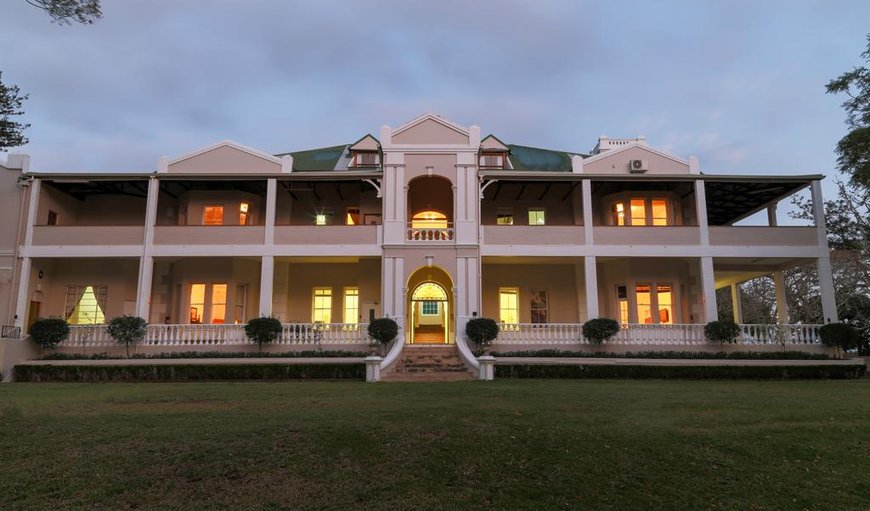 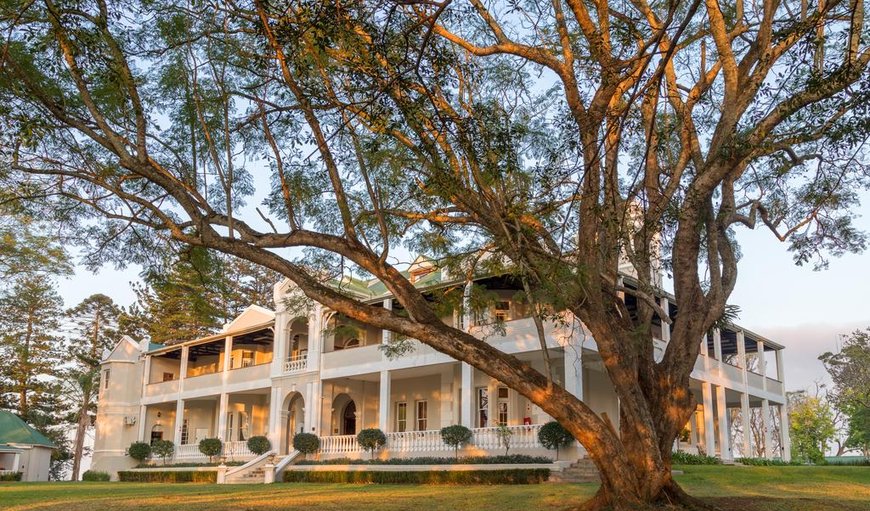 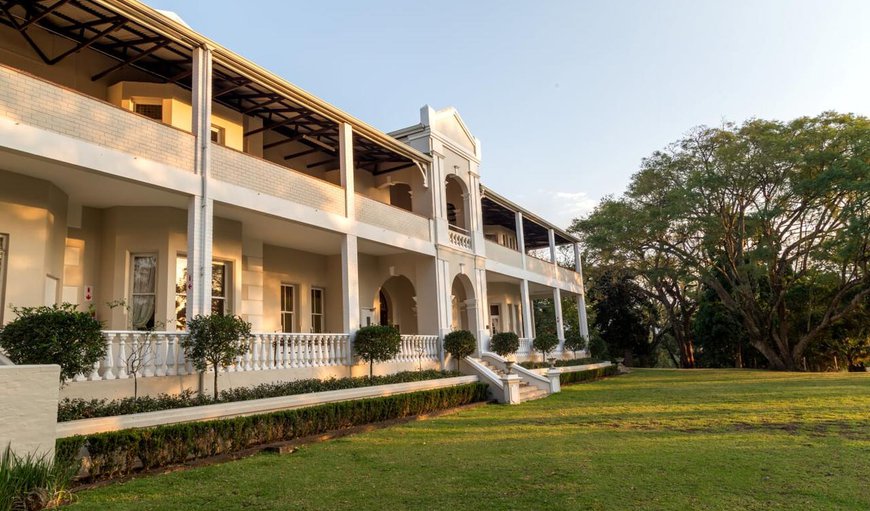 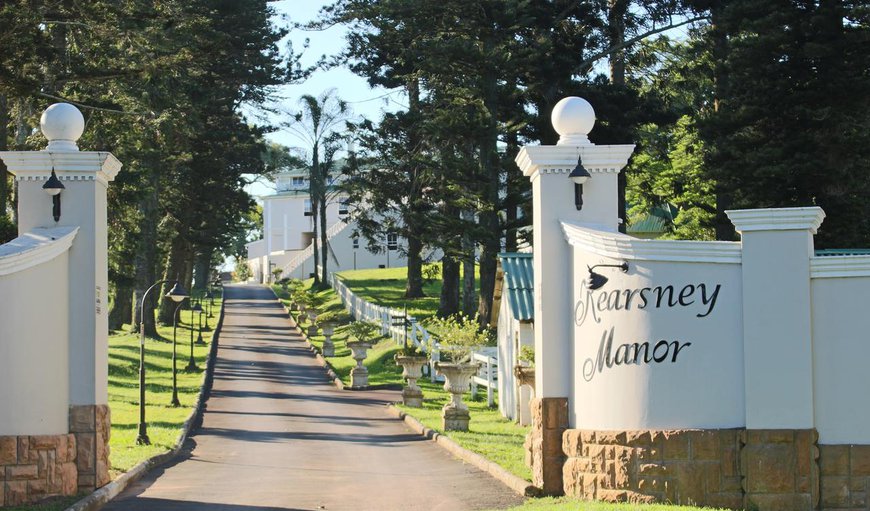 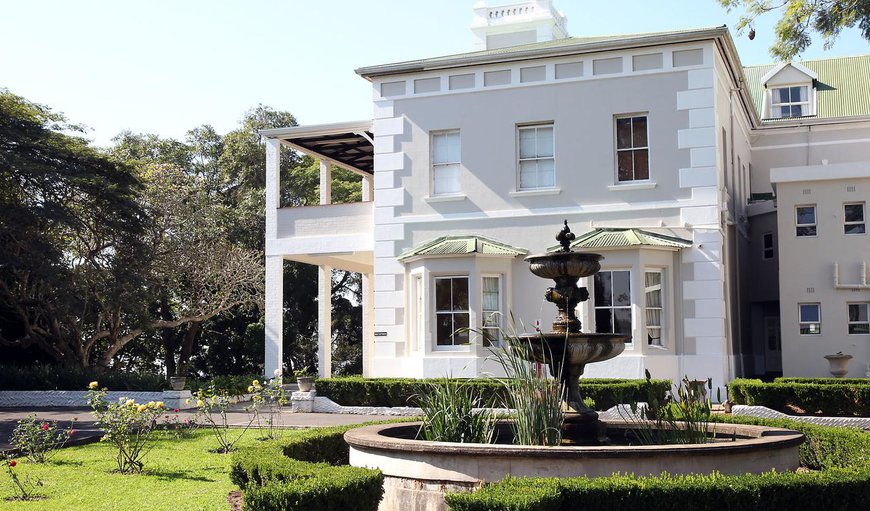 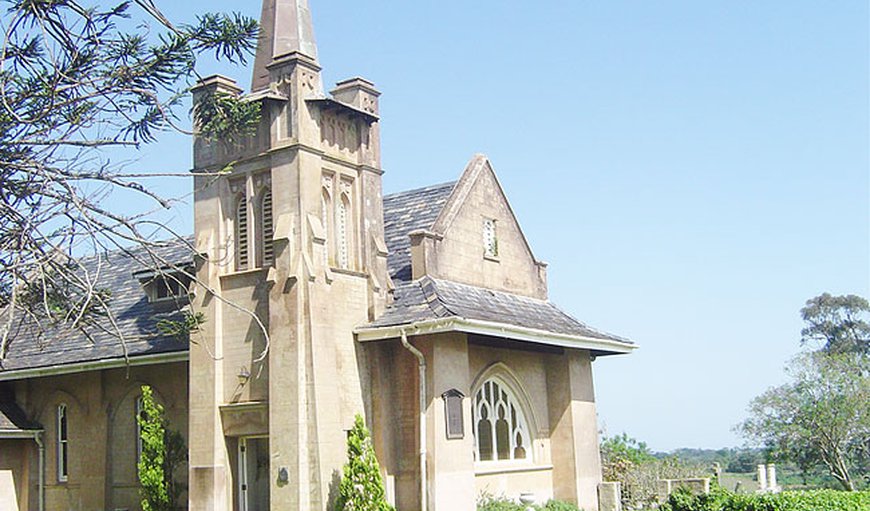 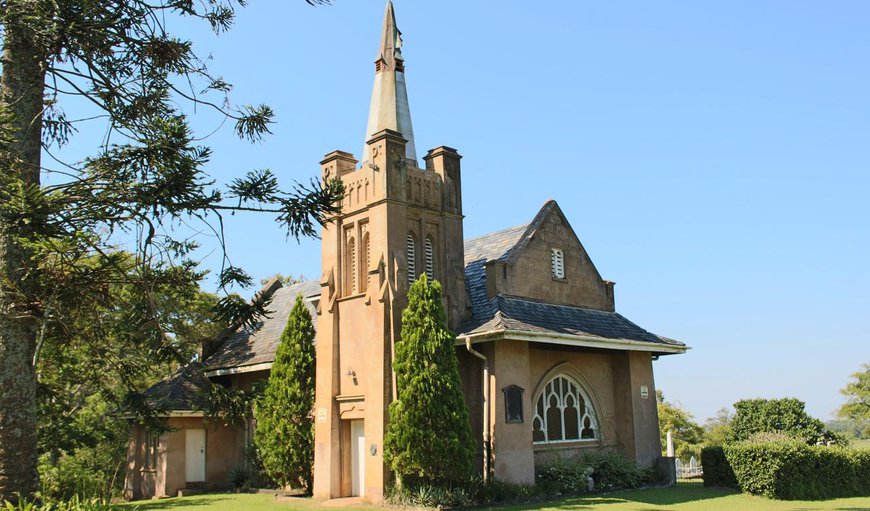 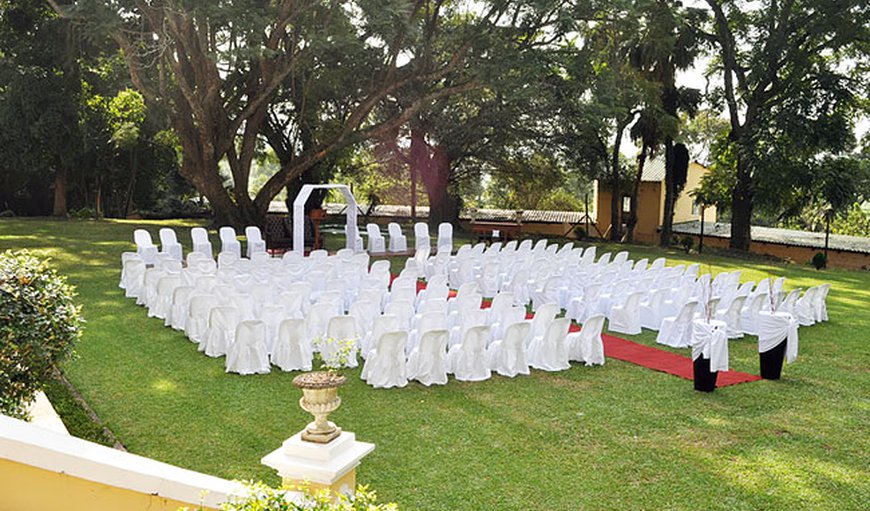 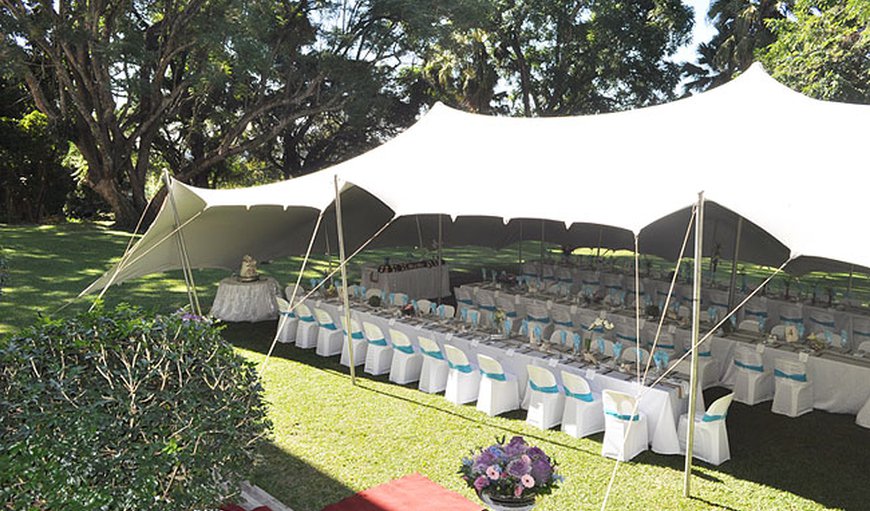 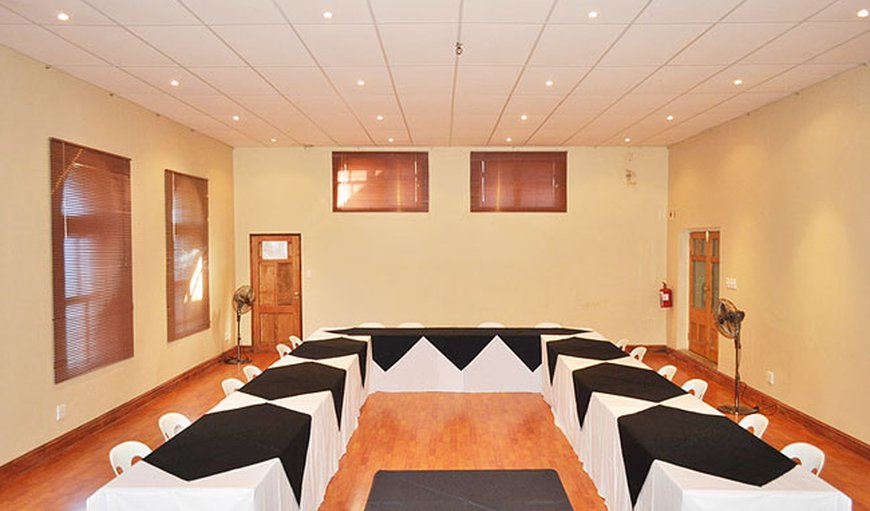 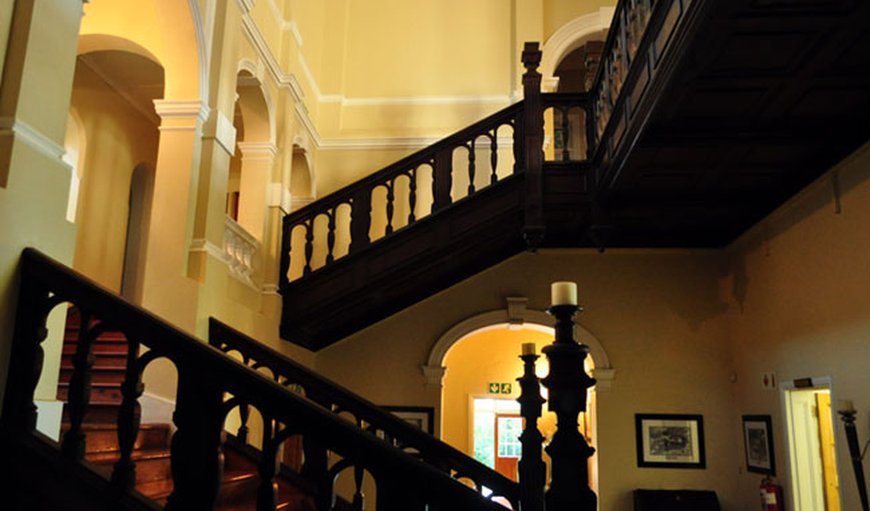 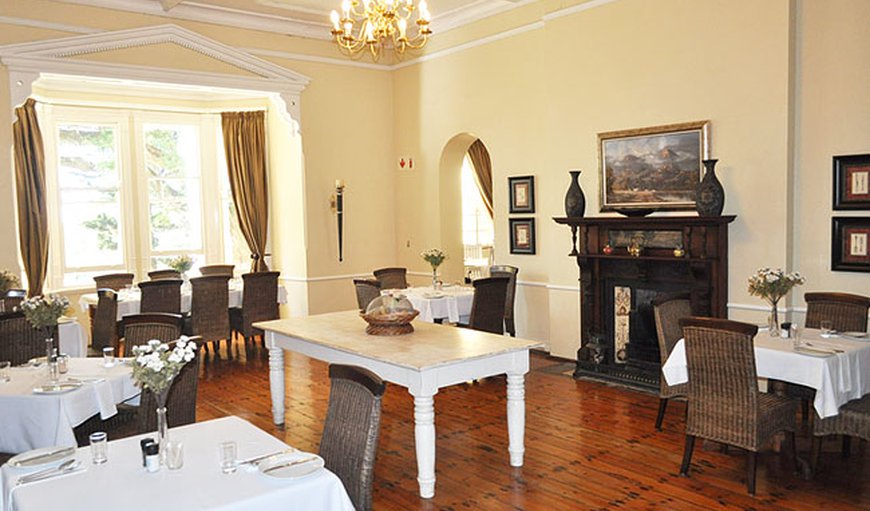 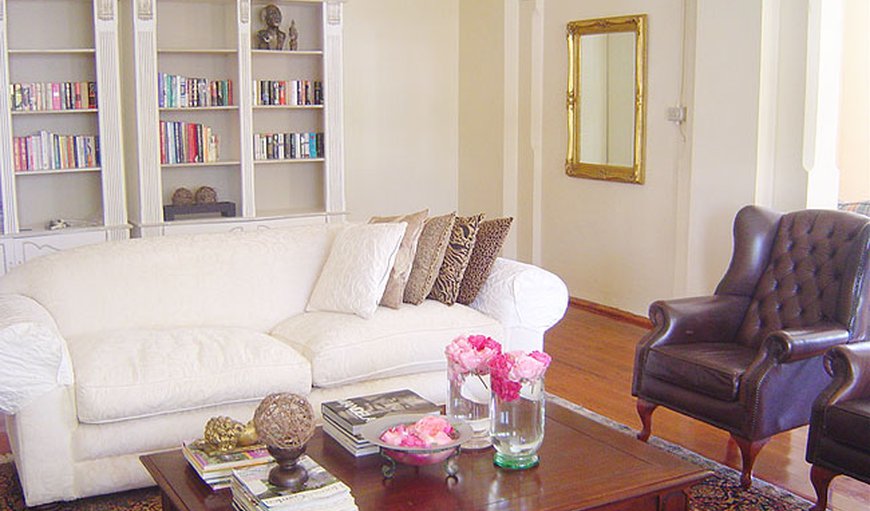 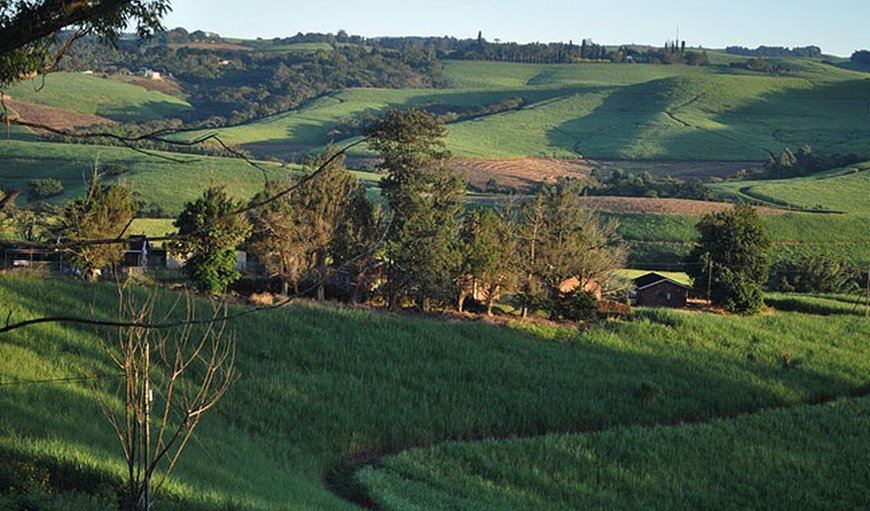 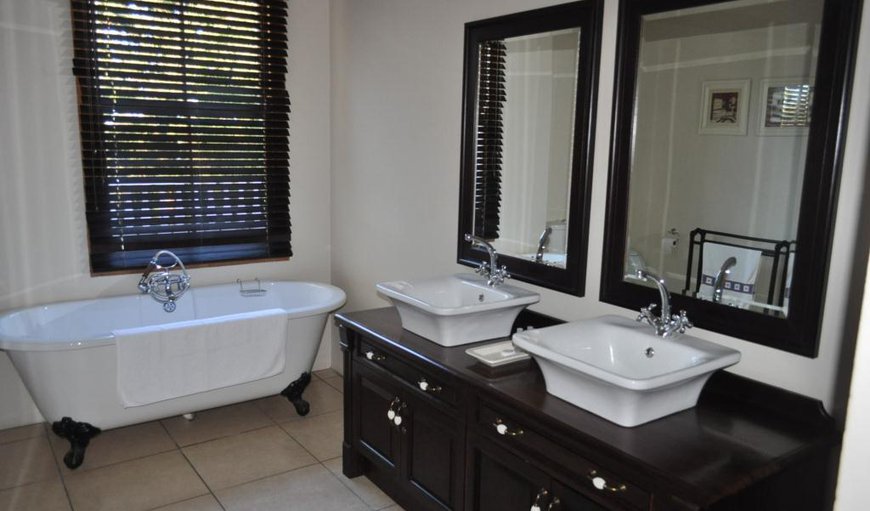 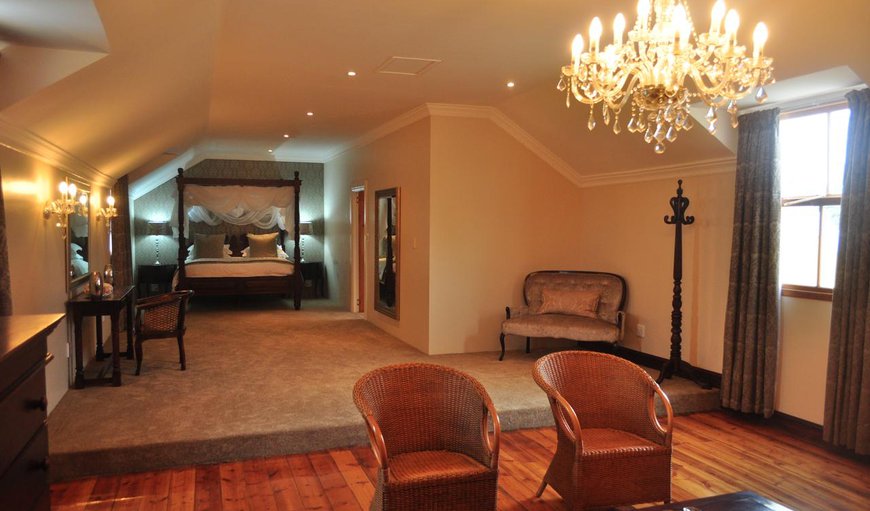 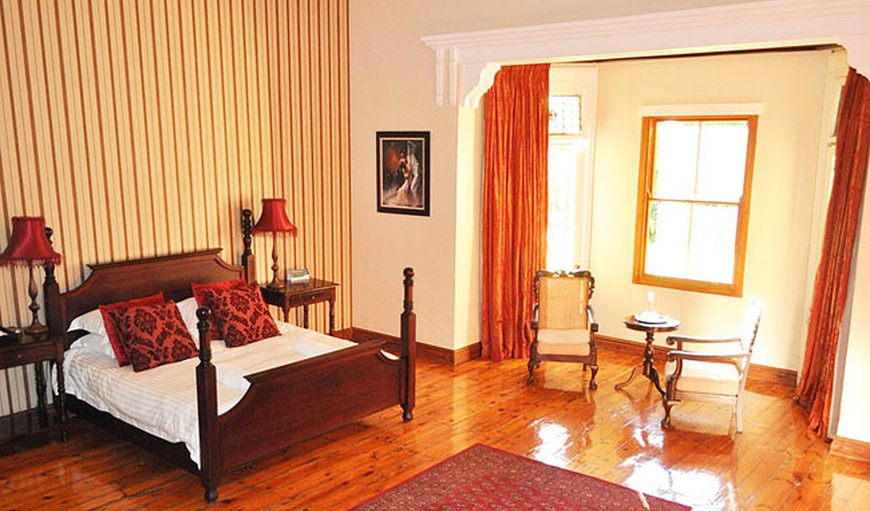 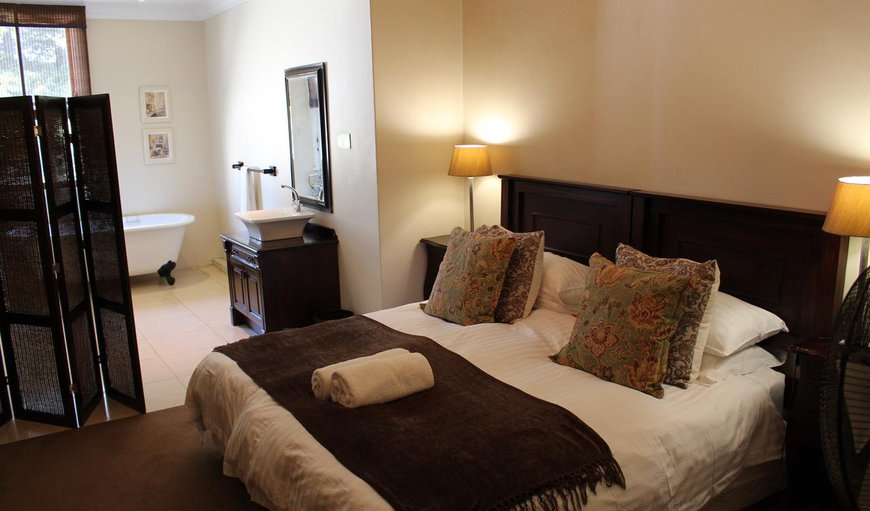 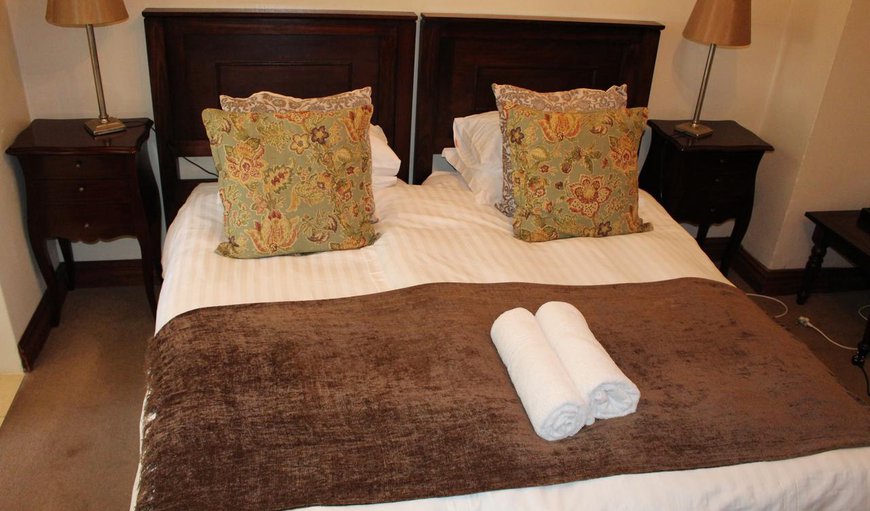 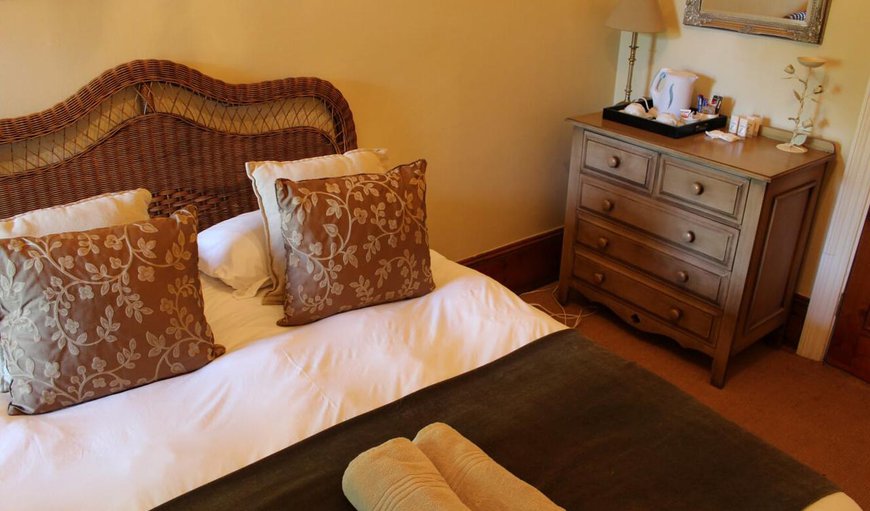 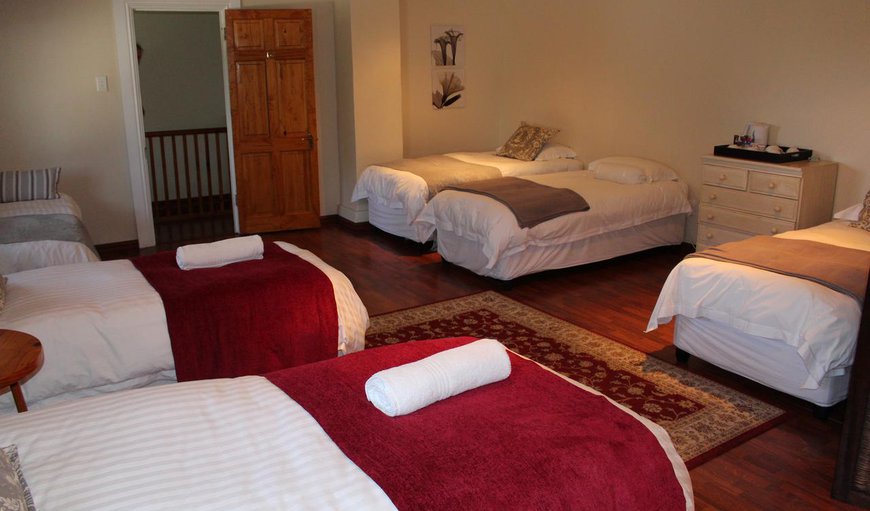 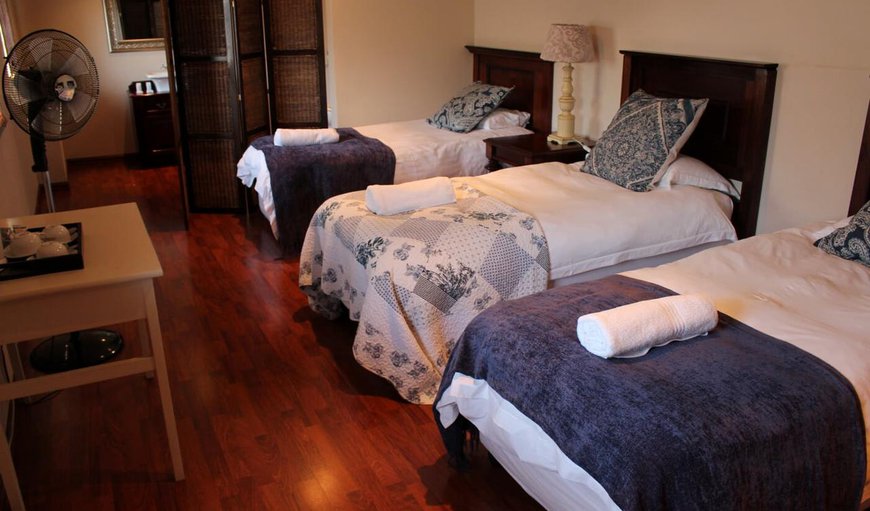 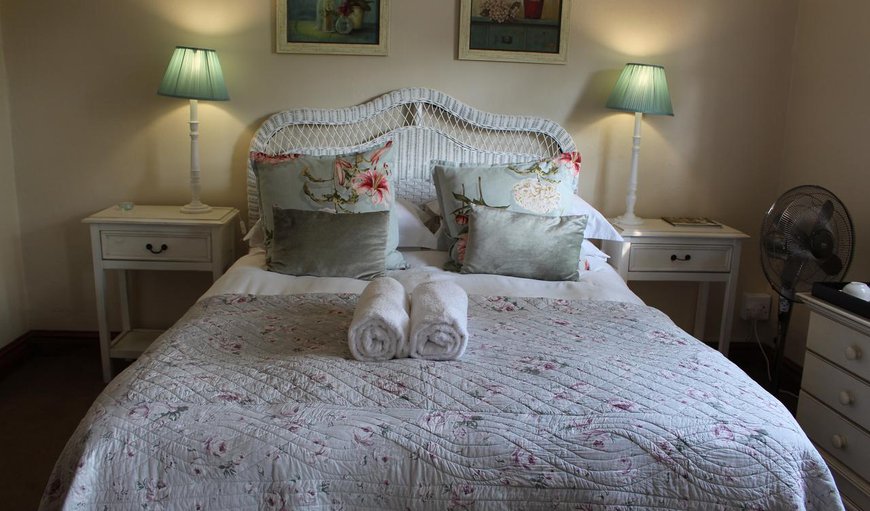 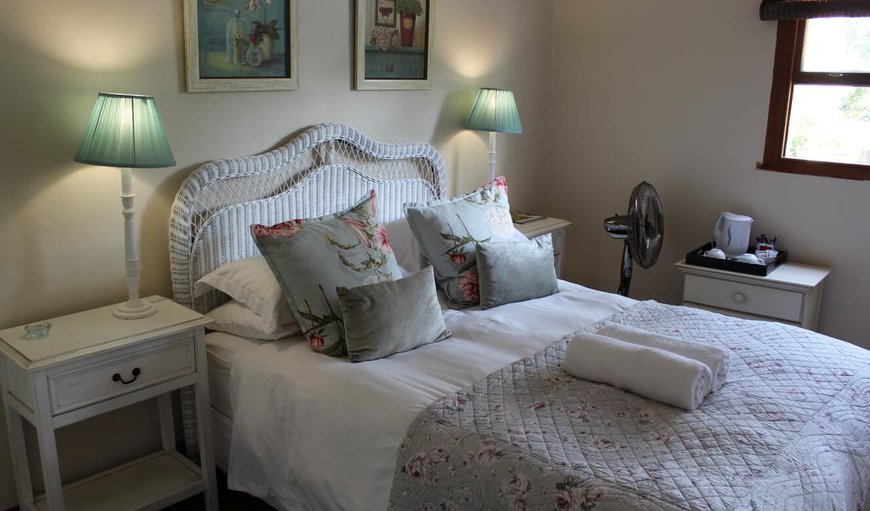 Situated on an original sugar estate near Stanger in the KwaDukuza district, Kearsney Manor is an old English mansion built in the late 1800’s by Sir Liege Hulett. This magnificent old colonial estate is recognised as a Heritage Site and once housed the original Kearsney College. The estate has recently been renovated and is situated 80km from Durban on the Natal North Coast.

Kearsney Manor, with its Colonial English decor, comprises 18 tastefully decorated bedrooms with affordable rates. The Manor offers total relaxation and exclusivity for your private function.
Our beautiful old stone chapel boasts tremendous character and charm and comfortably seats 100 people. Kearsney Manor is the perfect venue for weddings, conferences, corporate events or any other special occasion. Our conference venue can accommodate up to 90 delegates.

Kearsney lies just outside Stanger, now known as KwaDukuza (locals called it Dukuza long before the official name change), just inland of Durban's north coast.
To some of us 'Kearsney' immediately brings to mind the boys school up on Botha's Hill. And well it might as Kearsney manor, a beautiful old estate just outside KwaDukuza, was the original Kearsney College before the boys were moved.
Kearsney (from the French 'cressoniere') means a place where watercress is grown and was the name of an old village and medieval manor in Kent, England, after which Liege Hulett (he of the tea and sugar empire) named his estate.
Kearsney is just inland from Blythedale Beach and Princes Grant, a beautiful, hilly part of the country given over largely to sugarcane farms and formal and informal settlements.
KwaDukuza is the historic capital of the Zulus and the famous place of Shaka's assassination. Shaka initially moved to the area after selling land around Bulawayo, his former kingdom in the heart of Zululand, to early settlers. Post Shaka's assassination two of his half-brothers, Dingane and Umthlangana staged a coup that burned the elaborate labyrinth of Zulu huts to the ground. European settlers built a new town on the very site and called it Stanger, after William Stanger – the Surveyor-General of Natal at the time.
But this area also has an eastern atmosphere, influenced in no small part by the Indian migrant labour force that arrived in this part of the country during the late 19th and early 20th centuries to work for the sugarcane barons of the time.
The area in and around Stanger is filled with buildings and places of historical relevance. The King Shaka Heritage Route includes Mavivane Execution Cliff or the Place of Shivering, High Rock, Mbozambo Valley, Fort Pearson, War Graves and the Ultimatum Tree.

* Hiking in Harold Johnson Nature Reserve:
The Harold Johnson Nature Reserve is situated north of Ballito on the banks of the Tugela River and north of Zinkwazi.
The Harold Johnson Nature reserve offers a selection of hiking trails of varying distances. A small variety of wildlife is located on the reserve such as giraffe, zebra, bush-pig and antelope. Harold Johnson is known for its rich variety of butterflies and bird-life.
* Luthuli Museum:
The Luthuli Museum is one of the many tributes to those who fought for the freedom and peace of a nation. The museum dedicated to this man is situated in the town of KwaDukuza Stanger (formerly known as Groutville) in KwaZulu-Natal, right in the home that Chief Luthuli occupied in 1927.
* Visit the King Shaka Memorial:
A 20-minute slide show on the history of King Shaka can be viewed and there is also a small curio shop and an Interpretative Centre. Located in King Shaka Street, KwaDukuza-Stanger.
* Play a round of Golf:
We are in close proximity to Prince’s Grant Golf Estate, Darnall Country Club and Umhlali Country Club.
* Blythedale Beach:
Blythedale Beach is a massive stretch of beautiful sand, perfect for long walks, and a haven for water activities such as swimming and surfing.
* Salt Rock Beach:
The palm-fringed Salt Rock Beach has great surf, beautiful off-shore reefs for diving and some good fishing spots. It's a popular family beach with picnic areas, showers and a massive tidal pool. Salt Rock Beach is protected by shark nets and fully trained lifeguards are on duty seven days a week from 6am until 5:30pm.
* Crocodile Creek
Located on the Tongaat River in sub-tropical bush and is home to over 7000 Nile crocodiles, alligators, caiman, snakes and other reptiles. The farm includes bush and hill trails, a waterfall, river plains, thatched buildings with tree top walkways & curios.
* Ndlondlo Reptile:
Located on the Asgard Estate in Ballito this reptile park does tailor-made tours to make it interesting for all age groups. Some of the reptiles that you can see are dragons, iquanas, monitors, snakes, tortoises and much more…
* Amatikulu Nature Reserve:
It is perfect for a day trip from Durban, Eshowe, Mtunzini or Richards Bay. The small reserve is situated on the coast between the Tugela and Amatikulu Rivers. It is one of the few places in Southern Africa where wildlife can be seen grazing on forested dunes overlooking the sea.
Explore the reserve in a canoe, 4X4 vehicle or on foot. The coastal forest grasslands and rivers attract numerous birds, including the rare African fin foot. Keen birders can hire trained bird guides from the local community. Giraffe, zebra, waterbuck and smaller antelope are frequently seen. The beach offers good surf angling.
Canoes are available for hire at R50 per day. An entrance fee is payable at the gates, open from 07:00 to 17:00.

Such a privilege to be able to stay in a piece of South Africa's history, Andrew and his wife are great hosts. Very comfortable and beautiful settings!

I had such a relaxing stay at this property. The people was so friendly and we felt so at home. Such a warm and welcome atmosphere. I would not change anything to this venue. The place has a magic to it and has such a historical background. Very enchanting. Thank you Stephanie and Andrew for all the chats and your warm welcomes.

The service was excellent. Thank you so much and keep up the good work. The atmosphere there is amazing. The breakfast was nice and the staff was very friendly and helpful. The bed was so comfortable, please share your secret or the brand you are using lol.

Stephanie and Andrew were amazing and very patient with us and our many needs. The breakfast was scrumptious and the place was generally clean....the only flaw was the shower in Room No.18 which was ponding (due to clogged drain) and the gym equipment in the ironing room was very dusty. Other than that we had a great stay and we will definitely be back.

+ Add your review of KwaDukuza