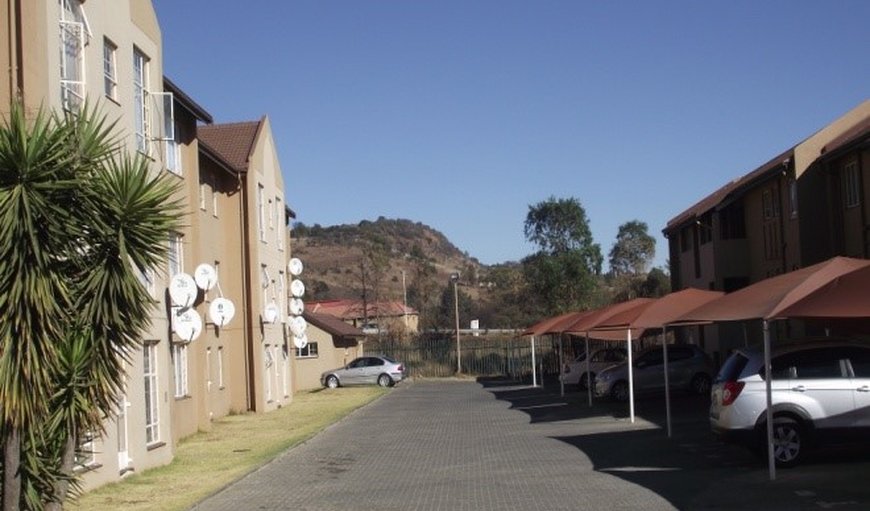 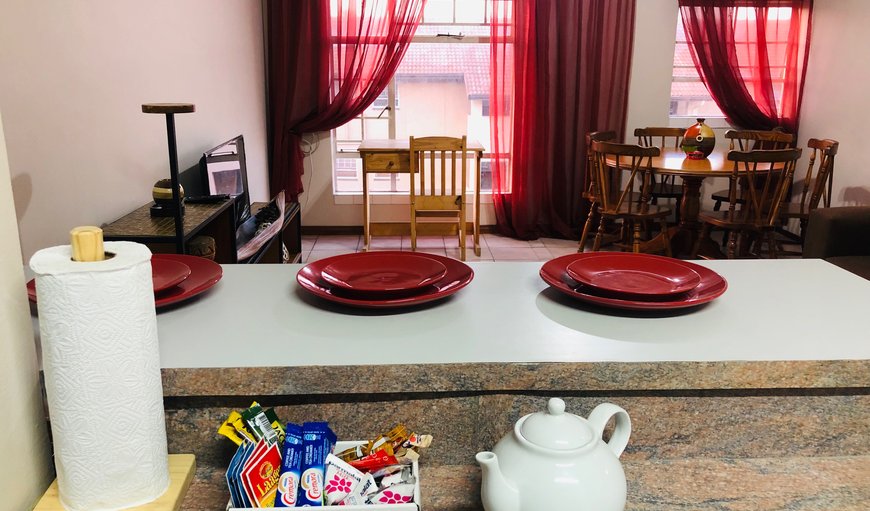 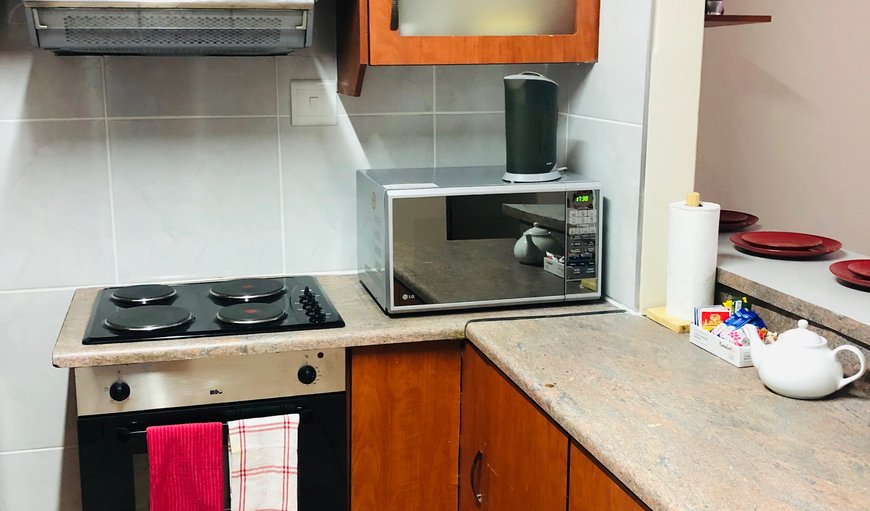 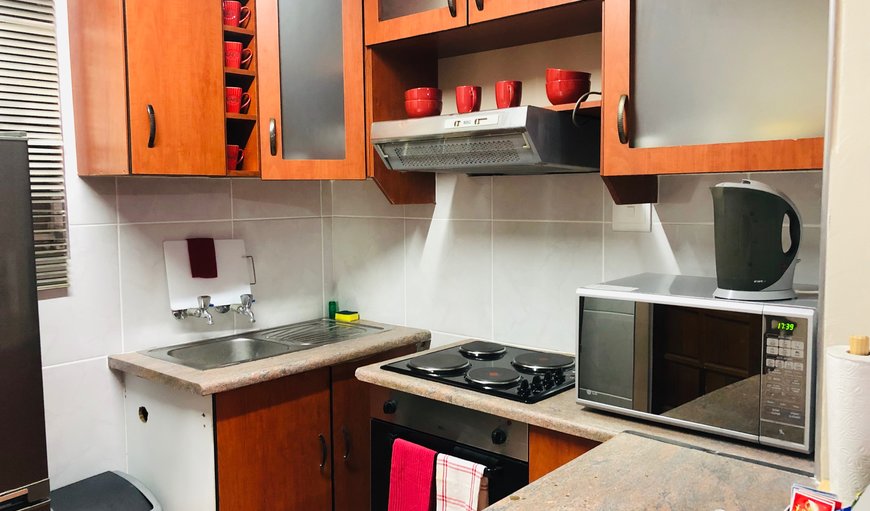 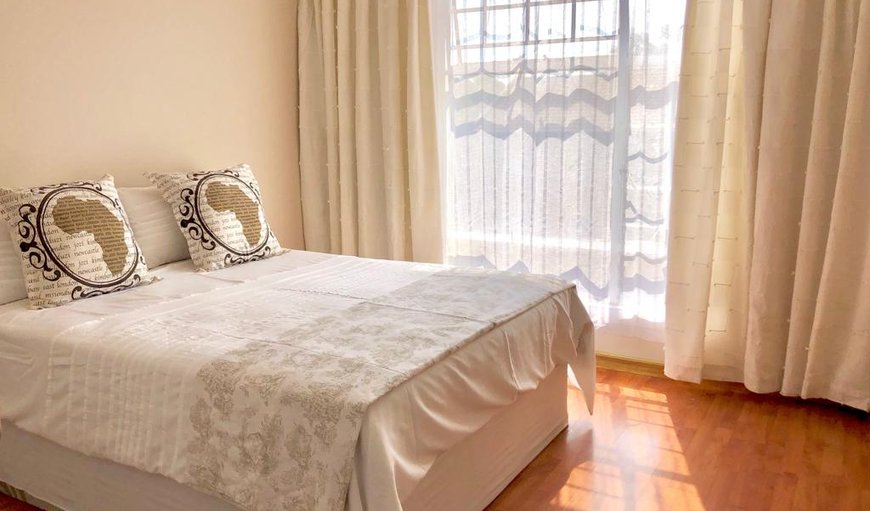 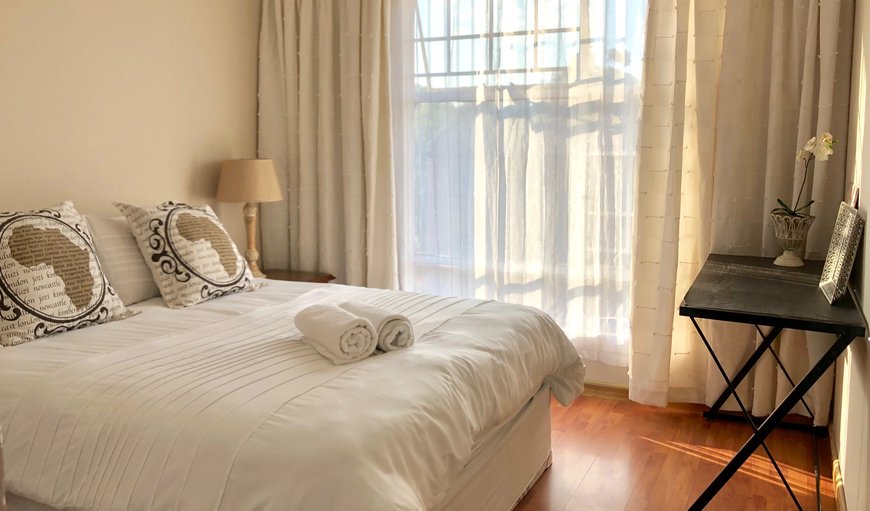 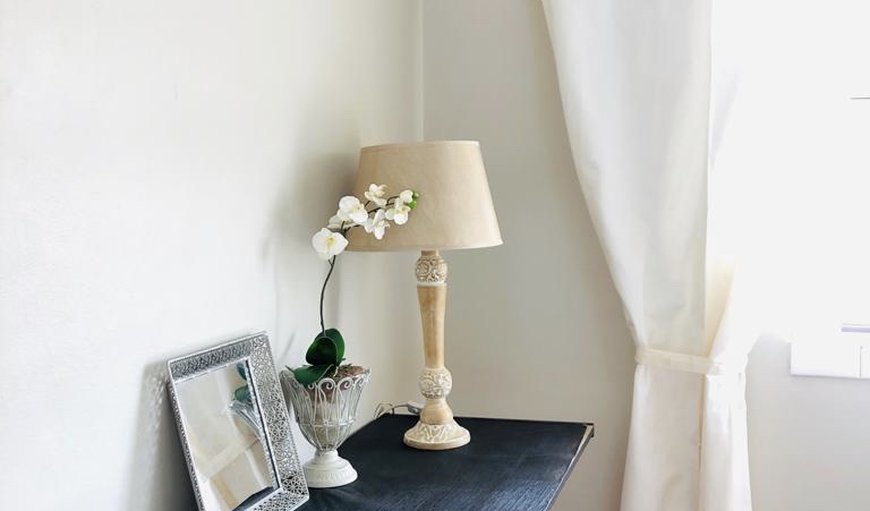 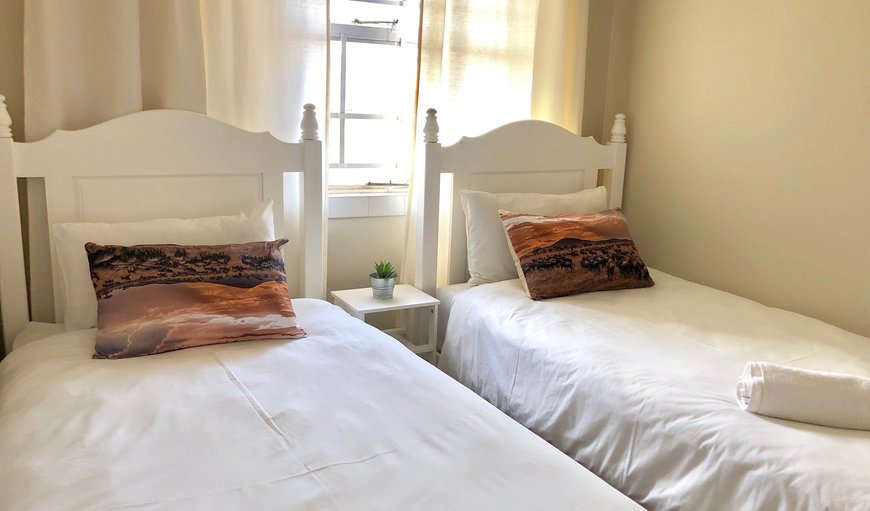 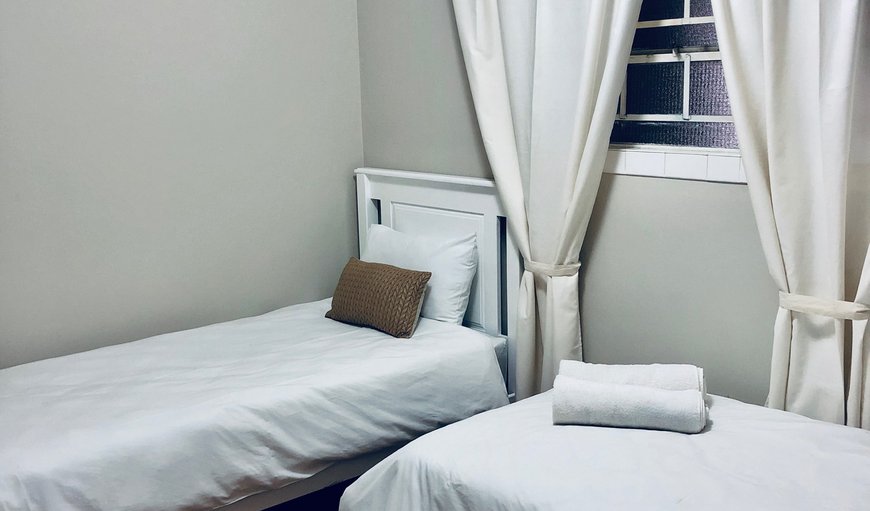 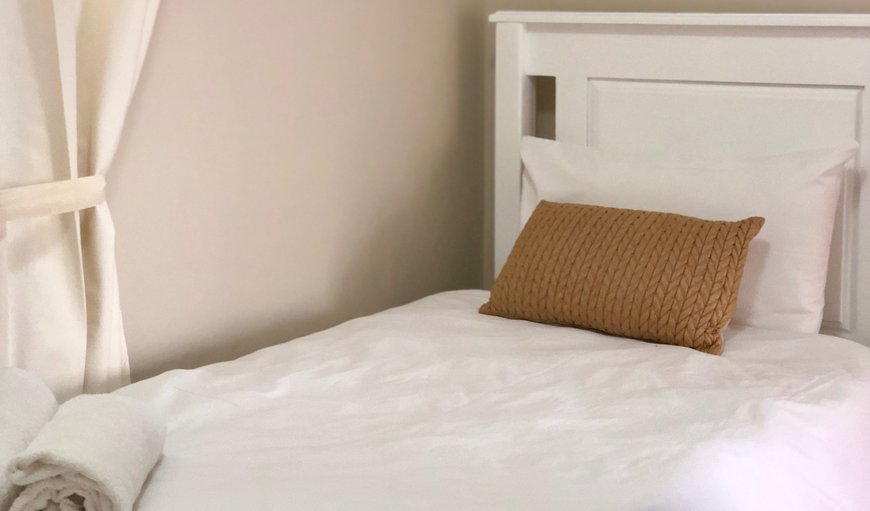 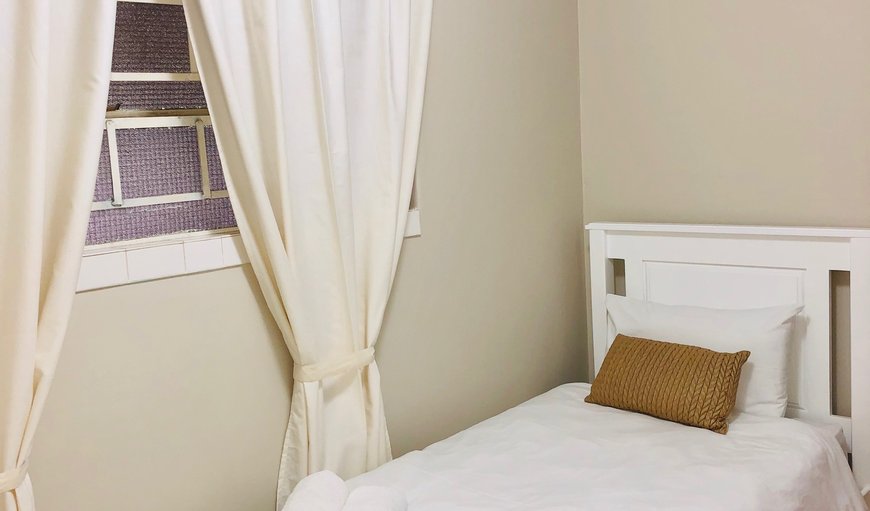 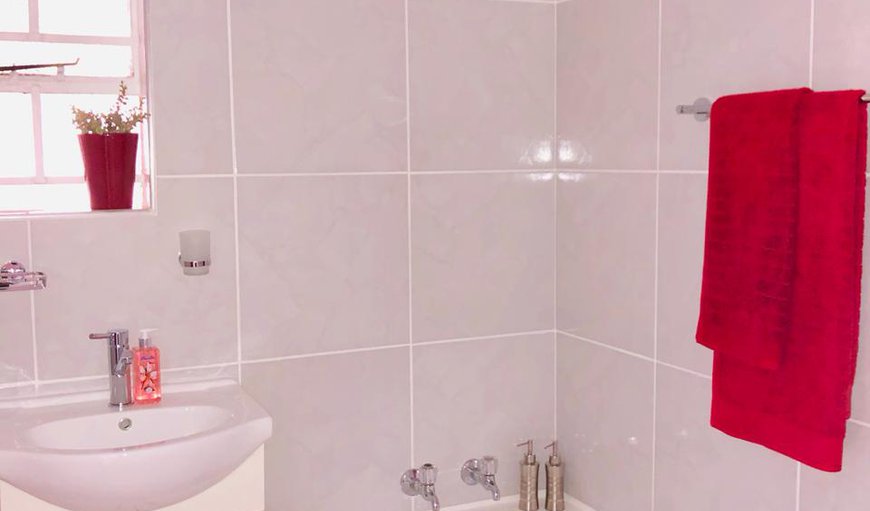 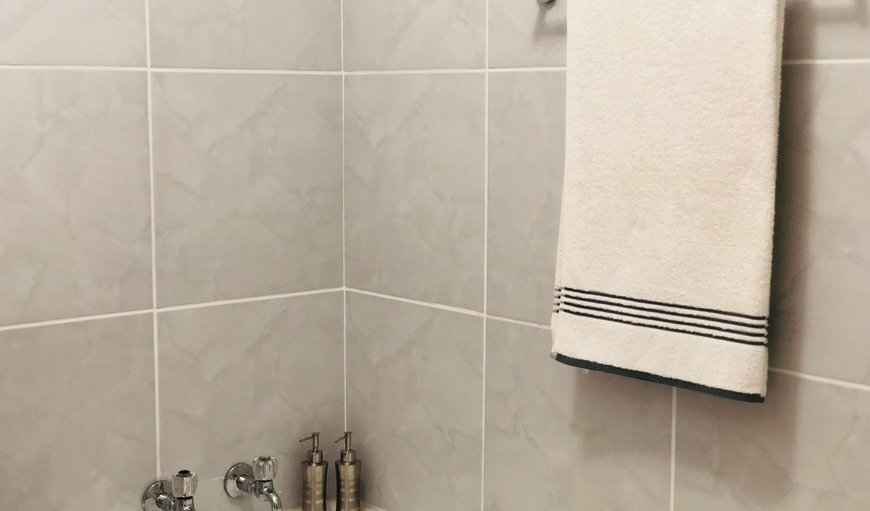 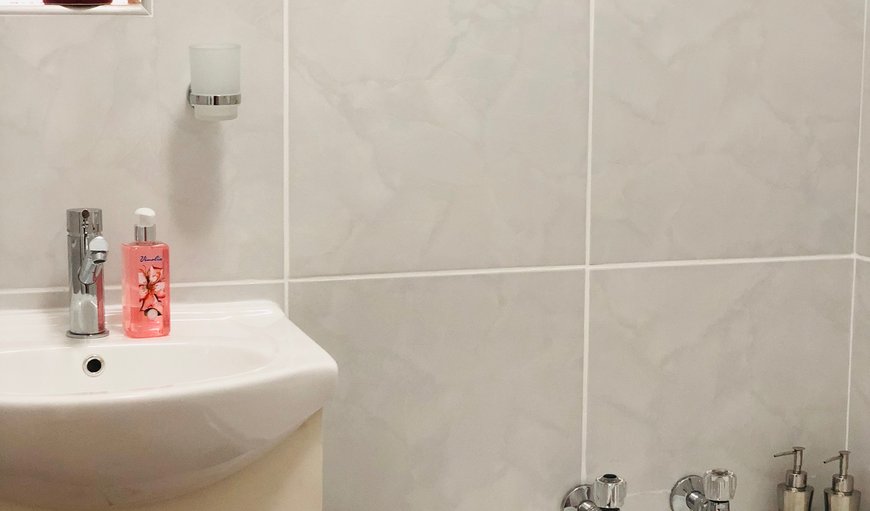 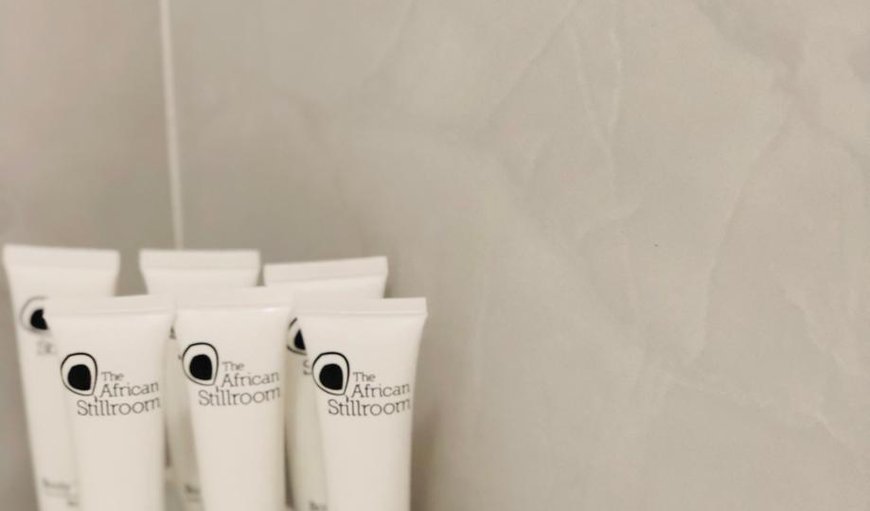 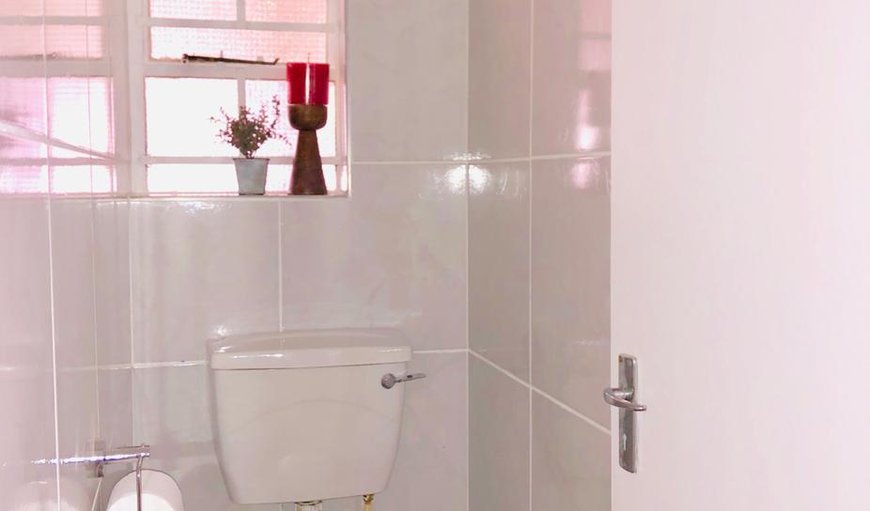 Map’s View, a cosy six sleeper guesthouse in Glenvista - a quiet and secure suburb in the South of Johannesburg, is perfectly snuggled on a hillside offering a panoramic view across the Kliprivierberg Nature Reserve.

The master bedroom:
If you have an appreciation of a vintage furniture pieces, this will be your modern and yet timeless comfort and bedtime escape. Awake to a beautiful view of the ‘koppies’ and if you are an early riser the reflection of the sun lighting up the horizon will keep you fixed to the window. Ample storage allows for longs stays.

The second bedroom:
accommodates two guests. With the purpose of a space to unwind, grab a book, hop unto the bed and relax and allow yourself to drift off to sleep. Ample cupboard space for your stay is provided.

Glenvista is a suburb in the south of Johannesburg, South Africa. It is located in Region F. It has a large Portuguese community and a distinctly cosmopolitan character. Alberton is located 5 kilometres to the East of Glenvista.

The jacuzzi:
Nestled in the garden, just below the viewing deck offers you a space and time to relax and unwind in a hot sparkling tub at any given time of the day.

The play pen:
Children’s Play Area Our setting creates a space for soft giggles to fill the air as the young travelers play on a jungle gym set in the garden as well as a trampoline to bounce them to a sound night’s sleep.

The garden:
The garden blends seamlessly with the surrounds, the variety of succulents and blended lush greens, trees and rockery offers a nature-filled atmosphere in the midst of the city.

* Klipriversberg Nature Reserve and Hiking Trails:
It is the largest proclaimed nature reserve in the Johannesburg Metropolitan area (Over 700 ha. in extent) and boasts a surprising diversity ranging from larger game such as zebra, red hartebeest, and black wildebeest, to many items of botanical, geological, archaeological, historical and cultural interest. The Reserve is rated by many as a birding hotspot. Despite not having any wetlands of significance, more than 215 bird species have been identified. Hiking is the main activity in the Reserve. The hiking trails are scenic and vary in distance and in degree of difficulty. A three hour hike along the flatter areas can be completed by most people who can manage three hours of shopping. The steeper, hilly areas can be testing for even the fit.
(2km from the guesthouse)

* Apartheid Museum:
(8km from the guesthouse)
The Apartheid Museum opened in 2001 and is acknowledged as the pre-eminent museum in the world dealing with 20th century South Africa, at the heart of which is the apartheid story. An architectural consortium, comprising several leading architectural firms, conceptualised the design of the building on a seven-hectare stand. The museum is a superb example of design, space and landscape offering the international community a unique South African experience.
(8km from the Guesthouse, right next to Gold Reef City Theme Park and Gold Reef City Casino)

So much to do.

Superb. 5 out of 5
Lulu Malema

Superb. 5 out of 5
Rebecca Naidoo

Excellent destination for fun and activities.

Superb. 5 out of 5
nataly kuhn

Was there for an exam, didnt get much time to explore more in JHB.

Superb. 5 out of 5
Douglas Nkosi

Superb. 5 out of 5
Sancia Harry

Joburg is beautiful, its amazing what the city of gold has to offer.

Superb. 5 out of 5
Sonja Van Heerden

😍😍. One of few places to visit in South Africa..

Superb. 5 out of 5
Joyce Richmond

Fabulous. 4 out of 5
+ Show more reviews + Add your review of Johannesburg (Joburg)