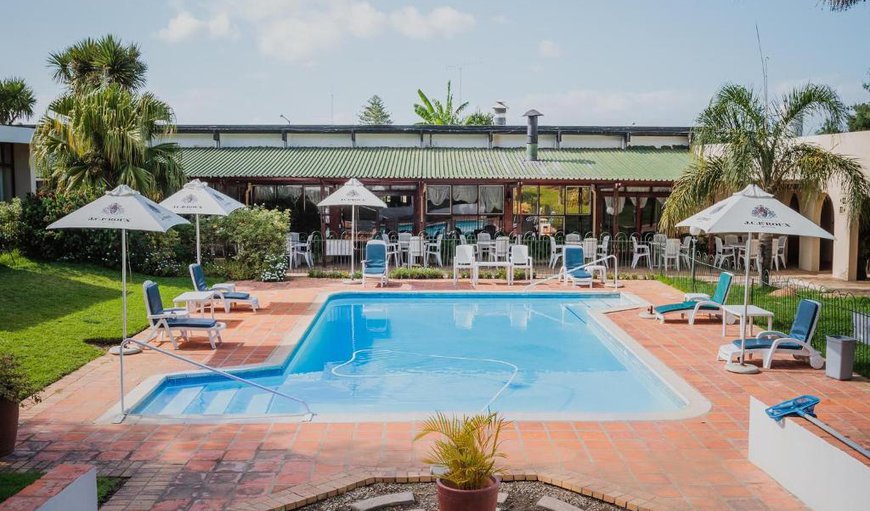 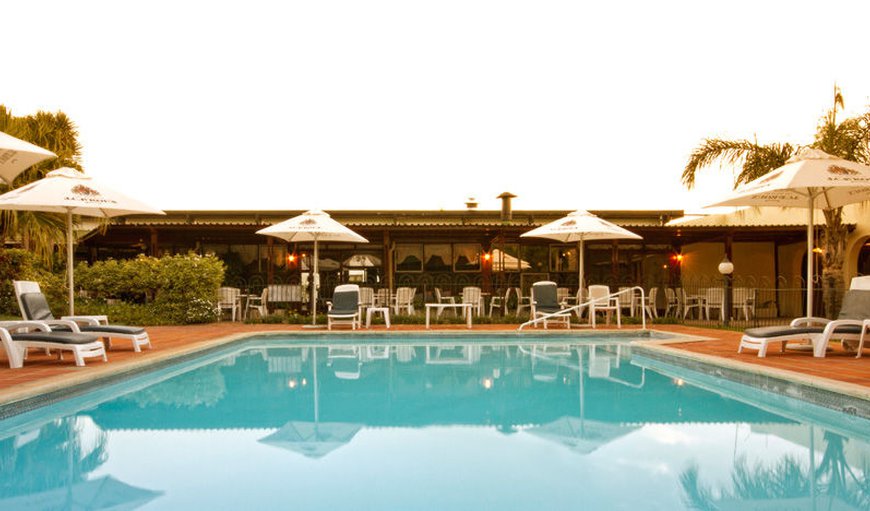 Welcome to the Swellengrebel Hotel 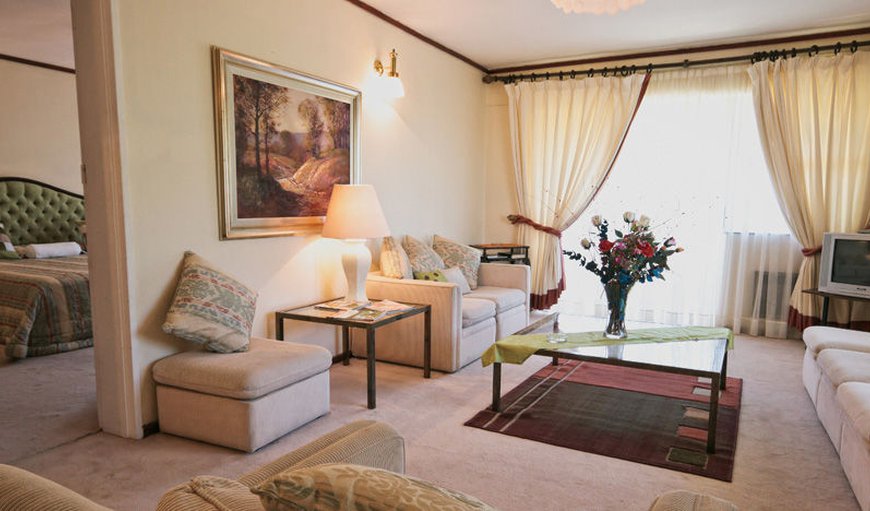 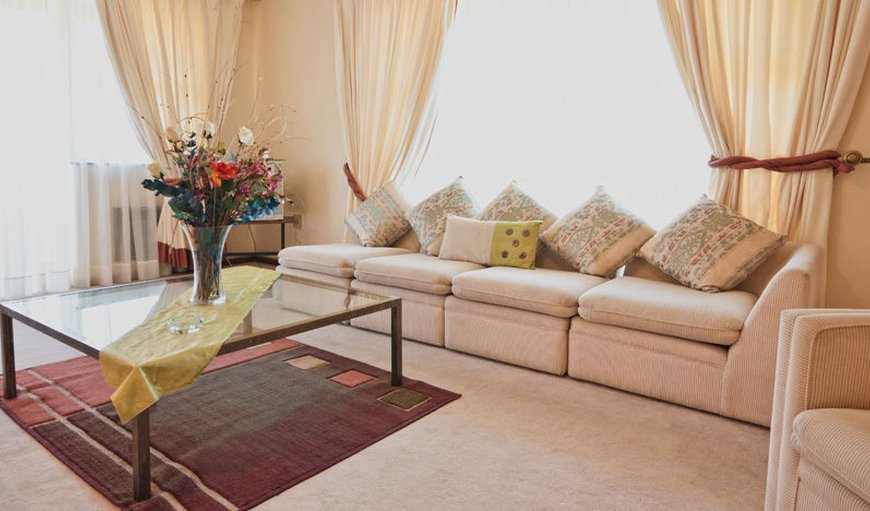 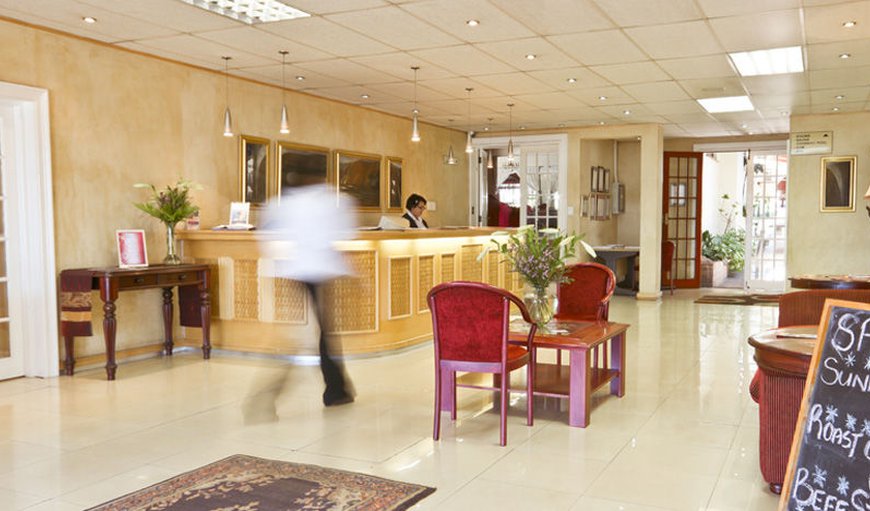 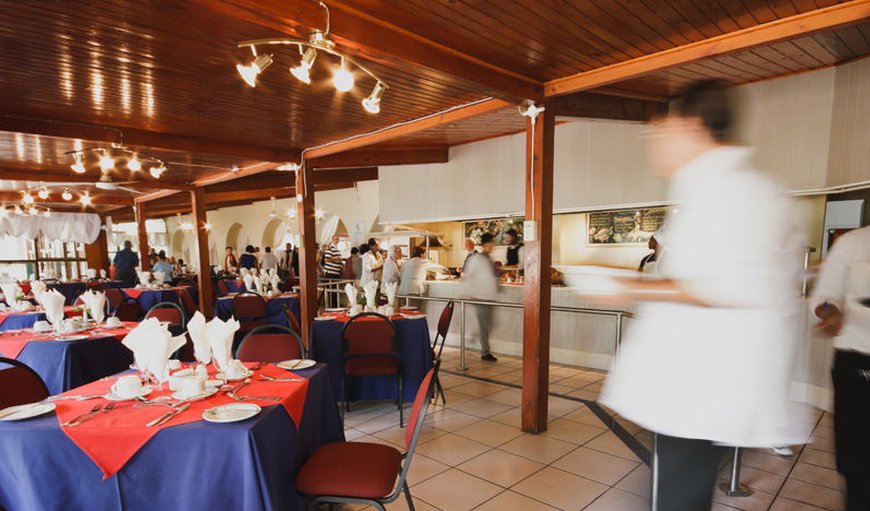 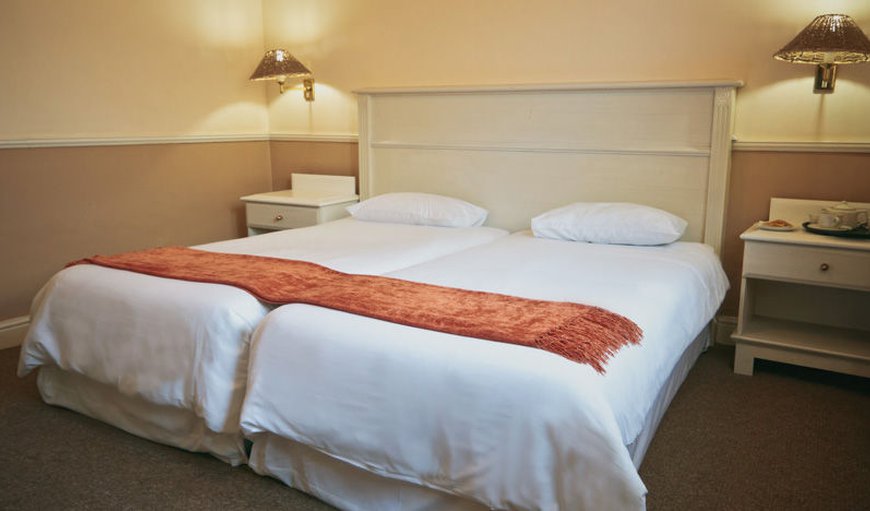 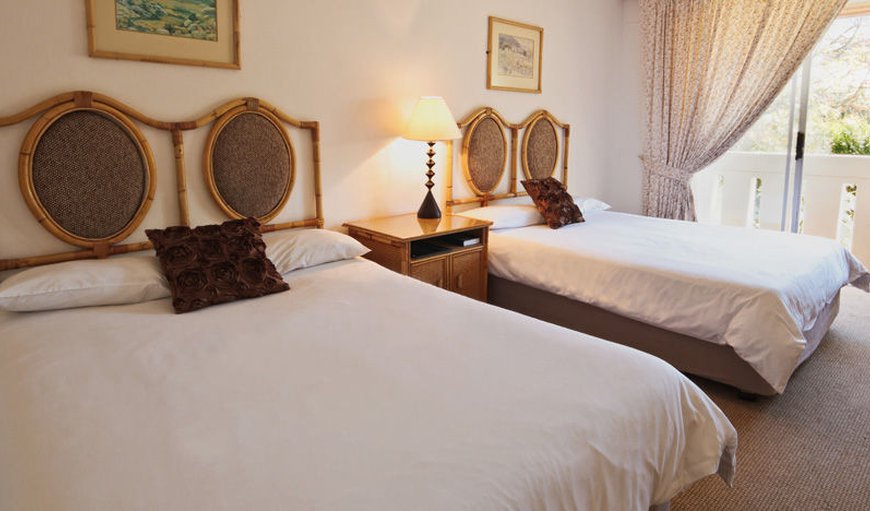 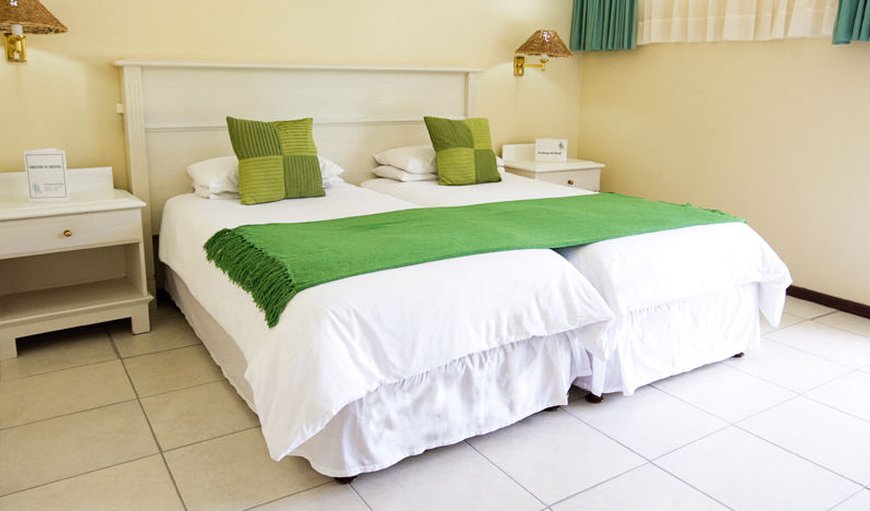 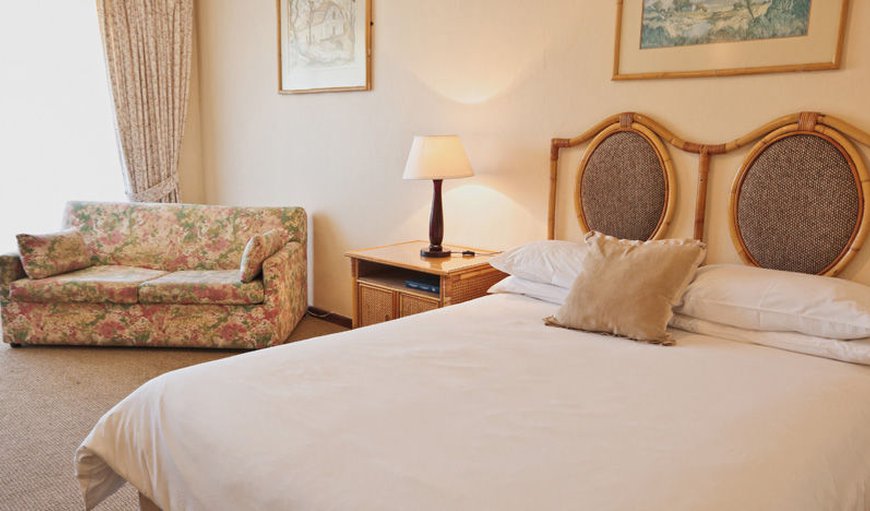 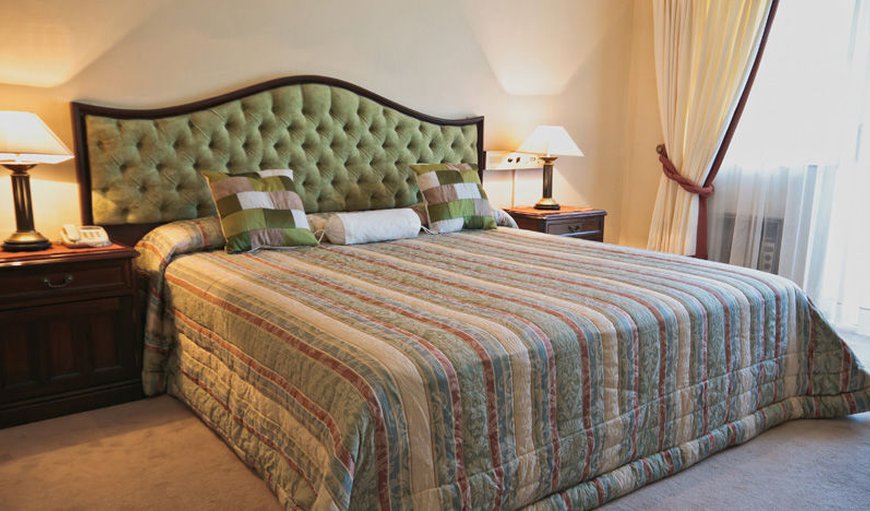 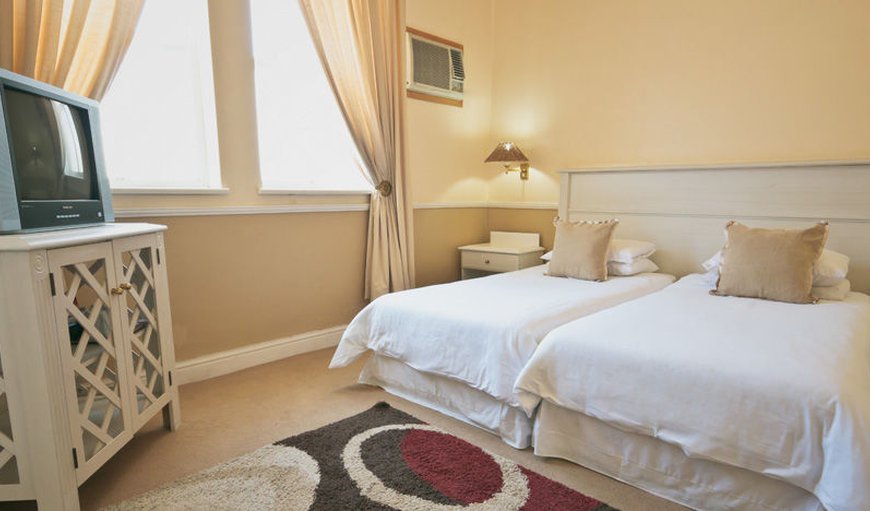 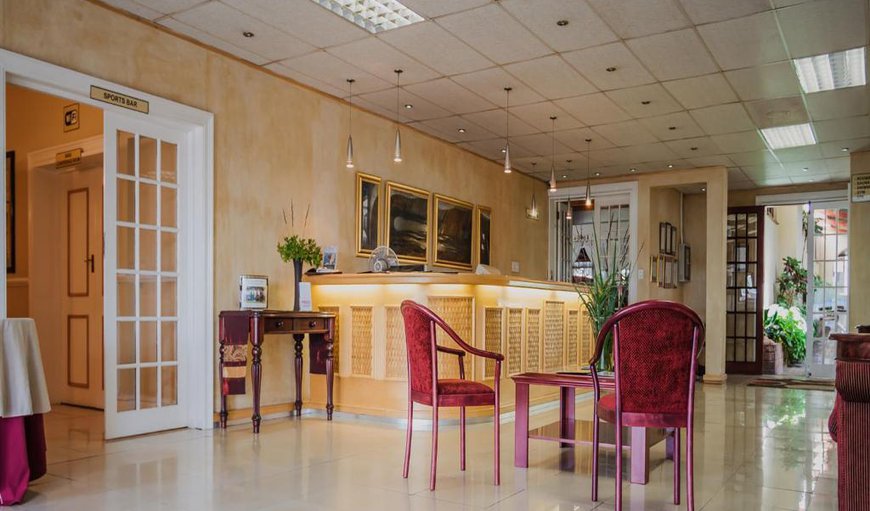 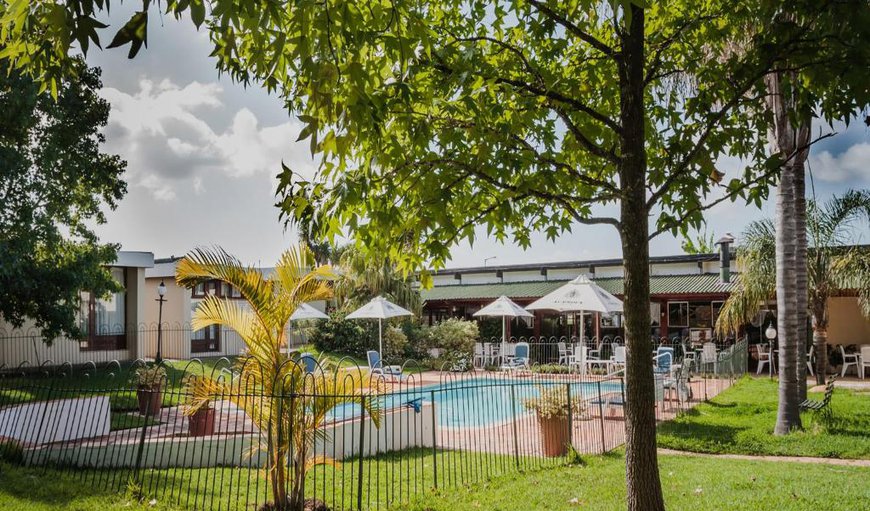 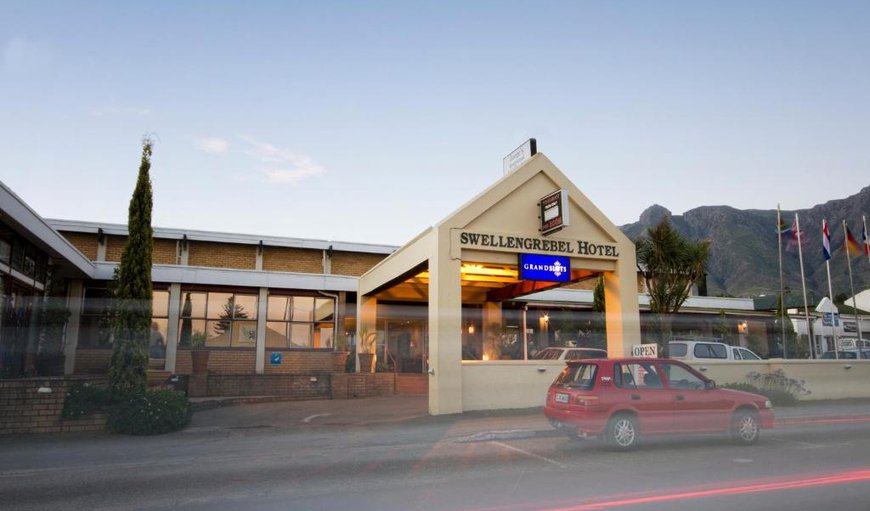 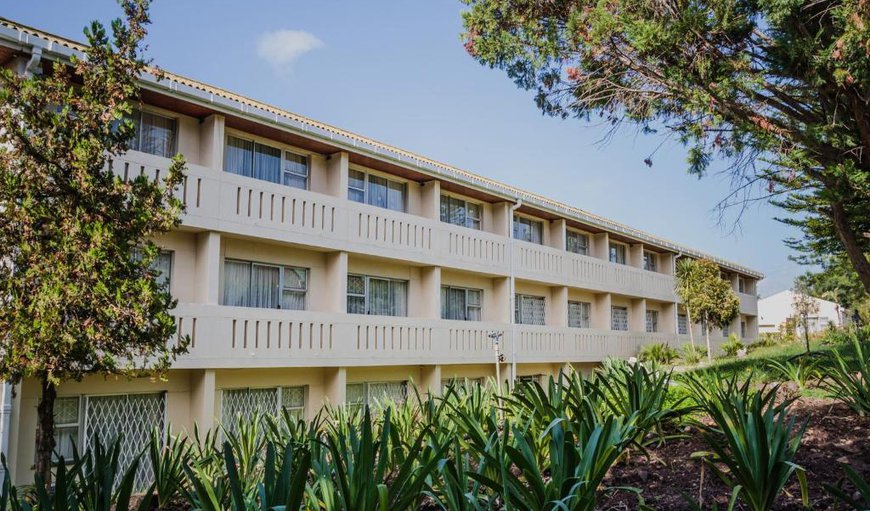 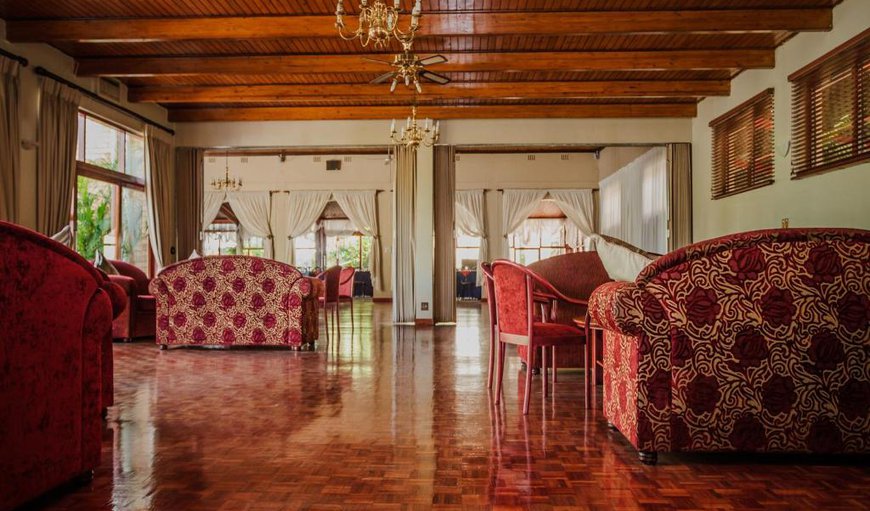 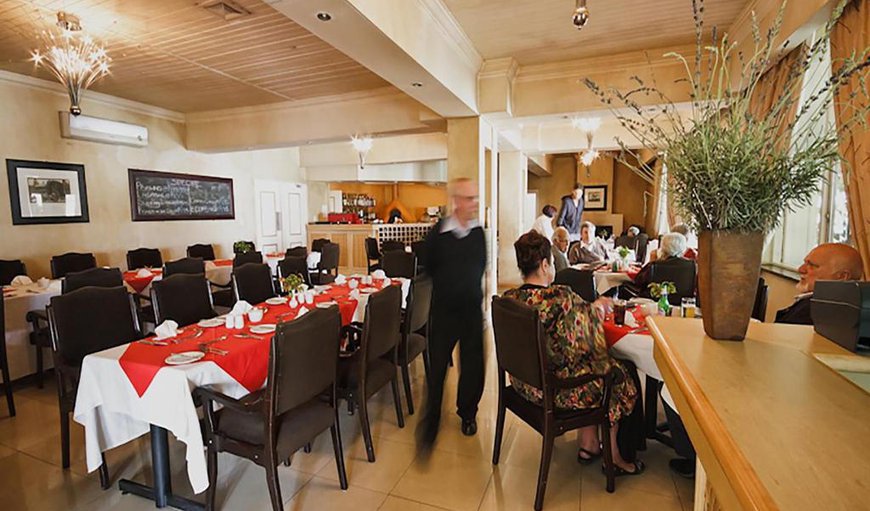 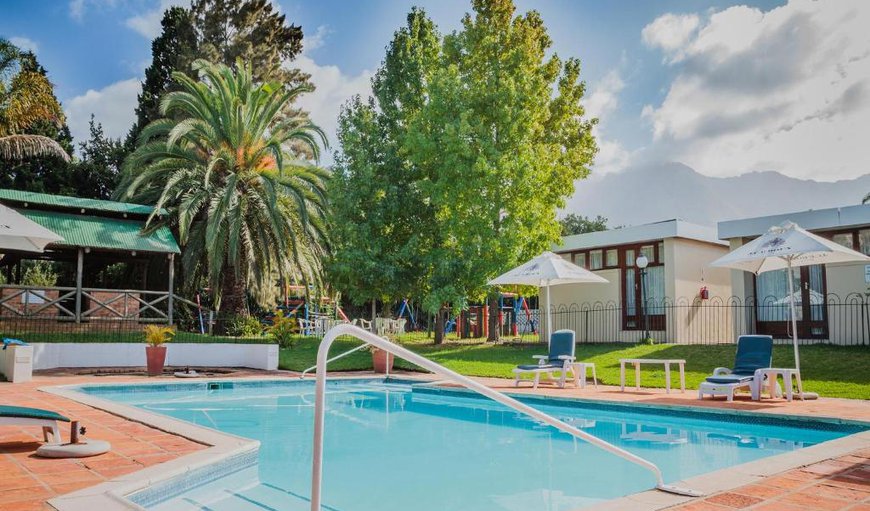 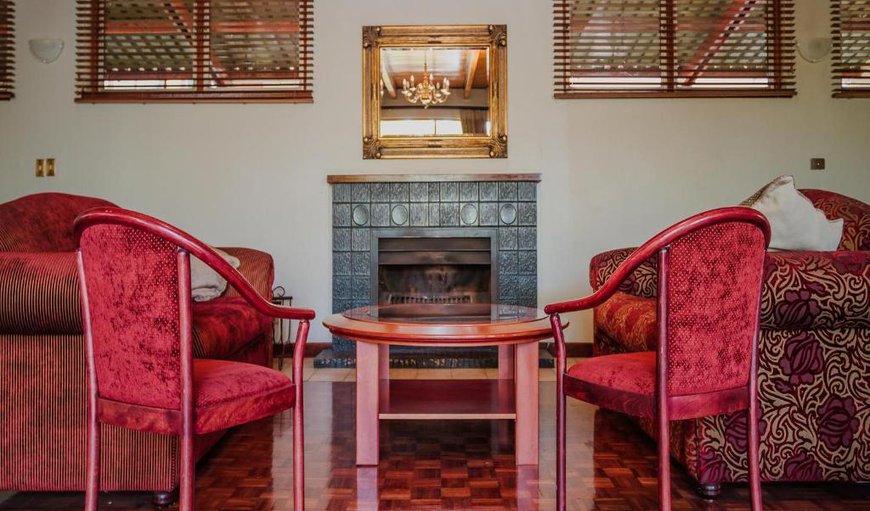 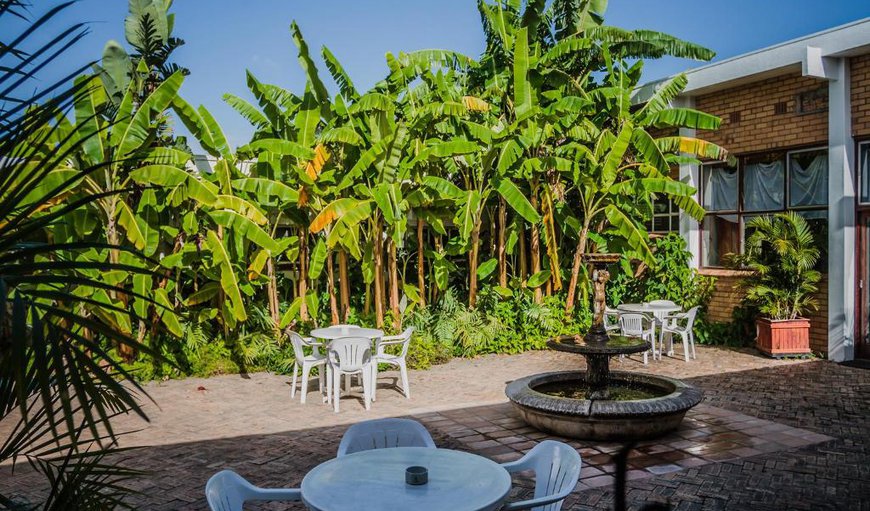 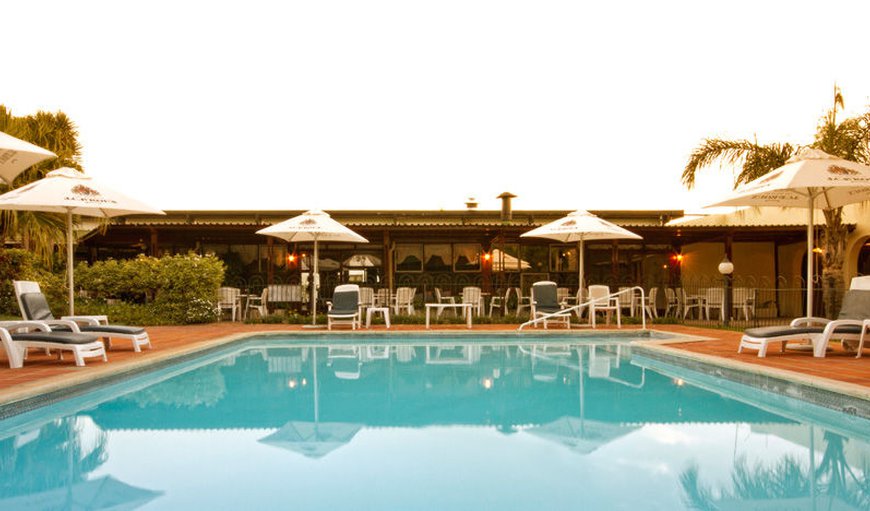 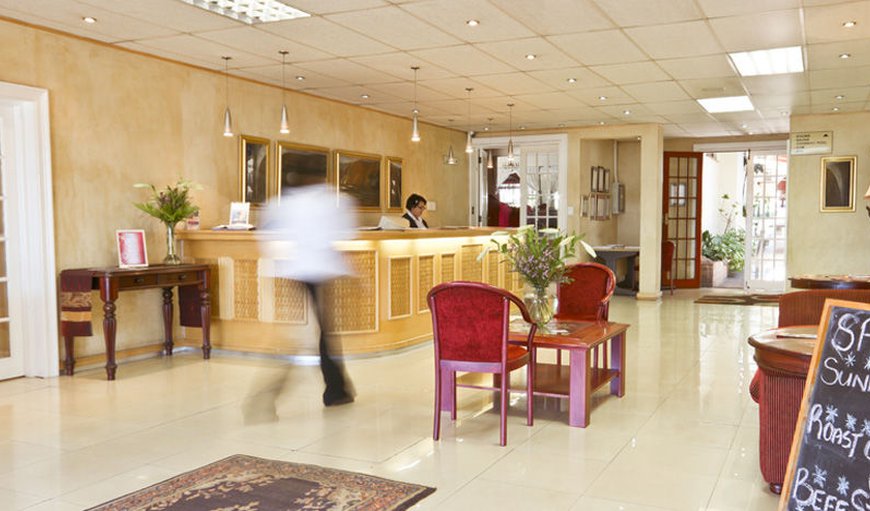 Enjoy the quiet, peaceful atmosphere of The Swellengrebel Hotel and its surroundings.

Stroll through our historic 18th century town, view wildlife in the Bontebok National Park, just a short drive away, hike in the lush Langeberg Mountains or river-raft on the wide, meandering Breede River.

The Jorge Family purchased The Swellengrebel Hotel in 1974 and have been managing it ever since.

In 2001 The Swellengrebel Hotel won the AA Awards for Best Commercial Hotel and were the recipient of the SAGA Top 10 and SAGA Foods Award.

A bit of history:

In 1743 Swellendam was declared a magisterial district, the third-oldest in South Africa, and was named after Governor Hendrik Swellengrebel, the first South African born Governor, and his wife, Helena Ten Damme.

This outlying settlement soon became a gateway to the interior, and was visited by many famous explorers and travellers including François Le Vaillant (1781), Lady Anne Barnard (1798), William John Burchell (1815) and Thomas William Bowler (1860). In time, a village was established beyond the Drostdy, where artisans including numerous wainwrights and traders settled.
Swellendam was the last outpost of Dutch civilisation on the eastern frontier and thus the services of the residents of the town were of utmost importance.

The population has increased from 17 individuals in 1931 to a sustainable number today.

The area is botanically diverse with an abundance of wild flowers and fynbos. The 250ha indigenous forest at Grootvadersbosch is the most noteworthy in the southwestern Cape.

Woods like these are rare to find in the Cape this far west of the Knysna forests.

Wildlife such as the formerly endangered bontebok and Cape mountain zebra inhabit the area.

Other species include bushbuck, klipspringer, grey rhebuck, Cape grysbok, baboon, mongoose, genet and the occasional leopard, as well as a species of ghost frog and a unique forest emperor butterfly.

Over 200 bird species found near the town include waterfowl, the crowned eagle, black eagle, Narina trogon, paradise flycatcher and the Knysna woodpecker.

Witsand, a small coastal town about 50 km from Swellendam, is one of the best whale viewing spots on the South coast as it is the largest whale nursery in South Africa.

The town is situated at the foot of the Langeberg, and there are many hiking trails, ranging from day-walks to a 5 to 7-day trail.

Tour groups are most welcome and the traditional Swellengrebel Buffet is available daily for groups of 20 and more that have made reservations before their arrival date.

Conference meetings up to 150 – 200 delegates can be accommodated depending on style of conference. Breakaway rooms are available.

Buffet Dinners, Cocktail Functions, Weddings, Braais, Theme Evenings and other formal and informal functions are easily catered for up to 250 guests.

An outdoor Swimming pool, Jacuzzi, Sauna and BBQ facilities are available to guests.

A children’s playground is available in close proximity.

A Fitness Centre with a variety of equipment is also available to guests. Off premises the guests can enjoy Golf, Squash and Tennis.

Enjoy the quiet, peaceful atmosphere of The Swellengrebel Hotel and its surroundings.

displays an exceptionally beautiful collection of furniture from the 18th and 19th century, including kitchen equipment, horse carriages etc. An extensive photo and picture collection illustrates the history of Swellendam.

a rather famous, studio and workshop in Swellendam. There’s a lot of pottery available and if you are lucky you may just see the potters at work. While here admiring the stunning crafts, you can also enjoy a sumptuous meal, your whole visit is an experience. There is much to choose from and everything available is naturally grown, locally sourced or caught fresh. Even the stoneware and tableware are made on the premises.

players will appreciate the 9-hole golf course in Swellendam with its inspiring view of the Langeberg. The green fees are low, and this course is obviously much less busy than Cape Town courses. Although only 9 holes this is an extremely good course and visitors are welcome.

conserves the central Langeberg Mountains that lie between the towns of Swellendam, Ashton, Barrydale and Suurbraak. The Marloth Nature reserve includes what residents of Swellendam call the Clock Peaks, some apparently use the shadows cast by these mountains to tell the time of day. Marloth Nature Reserve is a hiker’s paradise, not to be missed if you are keen for natural scenery, unbelievable views and a day or two spent in peaceful, undisturbed, beauty. Walks to waterfalls through indigenous forest and the slight possibility you may just see klipspringer, duiker, rhebok, baboons and if you are incredibly lucky a leopard.

Malgas is a settlement on the southwest bank of the Breede River in the Cape Overberg region. The Malgas Pont ferries you across the river. Malgas lies here because it used to serve as a trading port, you can navigate the Breede River some fifty kilometres inland from its mouth, at Witsand and Infanta (on opposite sides of the mouth) to Malgas.

the southernmost tip of Africa, the waters are split into the Atlantic and Indian Oceans. More than 120 ships were wrecked on the Overberg's' coastline and a Shipwreck Museum in Bredasdorp is dedicated to those most unfortunate.
Despite this being the meeting point of two mammoth oceans, it is serene; celebrating all that is the unspoilt beauty of the earth in her most natural forms. And it is this convergence of tranquillity and drama, and the unique allure of Africa that the Map of Africa monument at Cape Agulhas celebrates.

the southernmost tip of Africa, the waters are split into the Atlantic and Indian Oceans. More than 120 ships were wrecked on the Overberg's' coastline and a Shipwreck Museum in Bredasdorp is dedicated to those most unfortunate.
Despite this being the meeting point of two mammoth oceans, it is tranquil; celebrating all that is the unspoilt beauty of the earth in her most natural forms. And it is this convergence of tranquility and drama, and the unique allure of Africa that the Map of Africa monument at Cape Agulhas celebrates.

is approximately 34 000 ha in size and one of the largest natural areas managed by Cape Nature Conservation, approximately 260 km from Cape Town. It is a favourite destination amongst nature lovers including hikers, cyclists, bird watchers and during the winter and early summer months, whale watchers.
The high dunes at Koppie Alleen are a perfect viewing point for whale watching. Whale season is between June and November every year with peak viewing months between August and September.
De Hoop is a vital area for the southern right whale. The MPA and St Sebastian Bay combine to provide a critical nursery for as many as 80 percent of the cow-calf pairs on the South African coastline. This translates into as many as 350 whales at any one time within the boundaries of the De Hoop Marine Protected Area.
As a result, De Hoop Nature Reserve is often referred to as a 'whale watcher's paradise'. The popular Whale Trail hiking route is along this shoreline, within the MPA.

alongside the De Hoop Nature Reserve, approximately 260 km from Cape Town on the Cape Overberg coastline, protecting 253 km² between Stillbaai Point and Ryspunt, and extending three nautical miles offshore.
De Hoop Marine Protected Area is the only area to protect an incredibly beautiful intertidal system of soft sandstone and limestone platforms. The African black oystercatcher breeds in this inter-tidal zone, largely undisturbed, whilst the rock pools that rest in amongst these platforms are important breeding grounds for reef fish and a huge variety of invertebrates like starfish, sea cucumbers, mussels and urchins.

It was very nice, we as family enjoyed all the hours of stay. Thank you.

Start your review of Swellengrebel Hotel

Beautiful views and the tranquility of the mountains.
Quaint little restaurants.

Superb. 5 out of 5
James Browne

Swellendam is a quaint little town, friendly people and plenty of unique coffee shops. The perfect destination for a short weekend vacation away form the busy city.

Superb. 5 out of 5
sam anderson

We popped in to Swellendam town on the way home for a delightful lunch off the main street.

Superb. 5 out of 5
Adrian Acey

Good base for exploring surrounding area.

Superb. 5 out of 5
Randall Theys

The historic architecture. Friendly townsfolk and the riverside scenery.

Fabulous. 4 out of 5
DB Coetzee

Superb. 5 out of 5
Karla Willkinson

Superb. 5 out of 5
Andrew Connold

Relaxed and safe atmosphere. Lots of places and museums of historical interest. Good restaurants and convenient grocery/food shopping. Friendly people. Well located as a base to explore the Southern Cape.

Fabulous. 4 out of 5
Ayesha Abrahams

Kind hearted and down to earth natured people.

Superb. 5 out of 5
Jaco Badenhorst

Historic town with lots of activities and very clean. Also one of the safest in Western Cape.

Superb. 5 out of 5
+ Show more reviews + Add your review of Swellendam