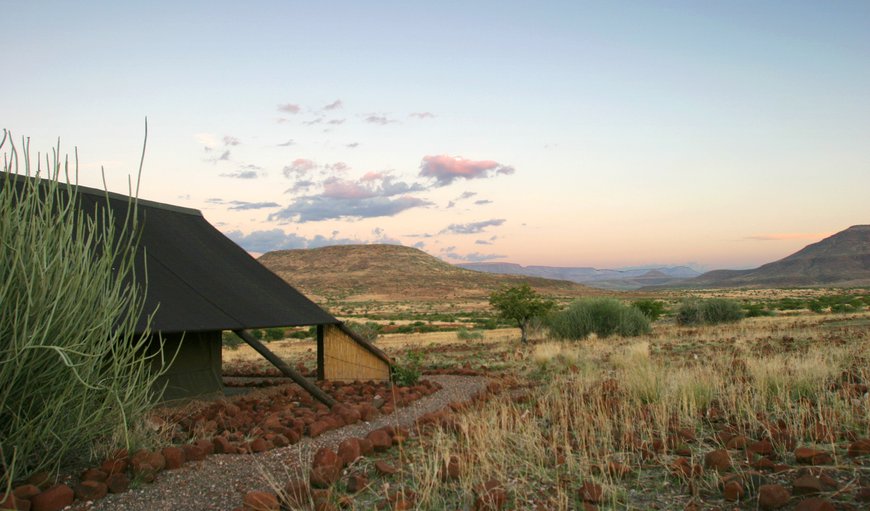 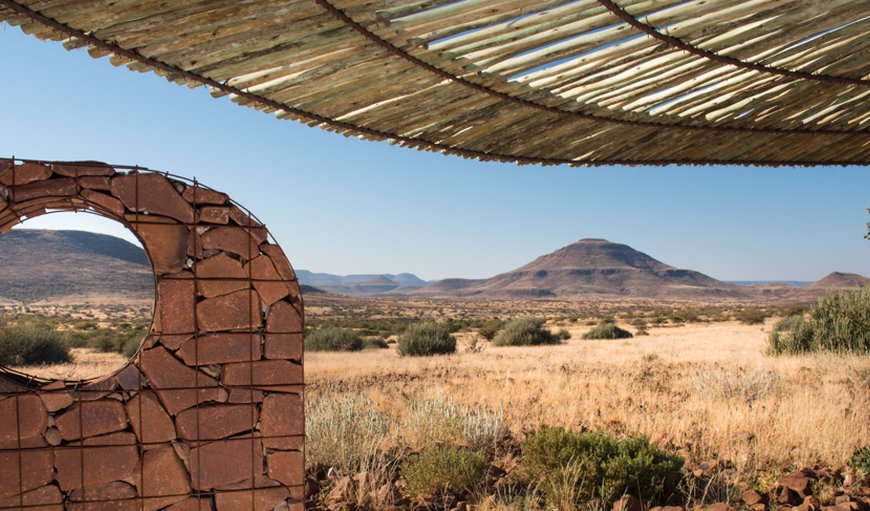 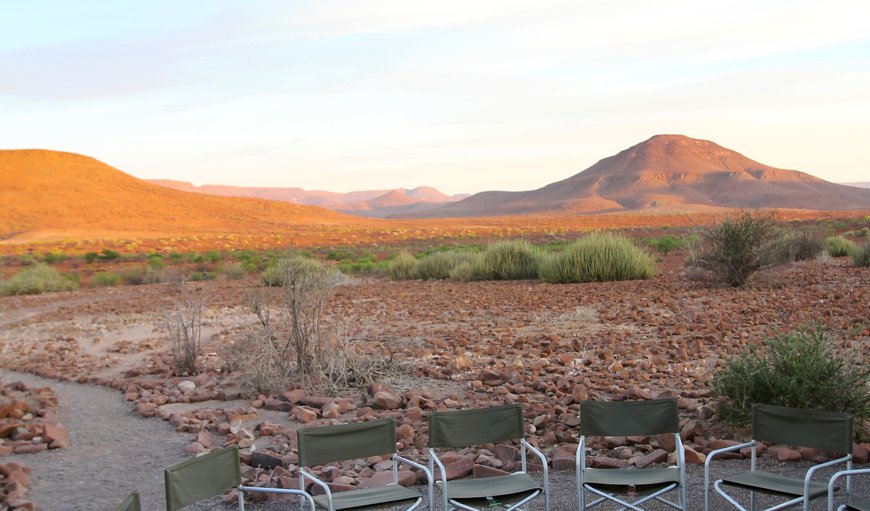 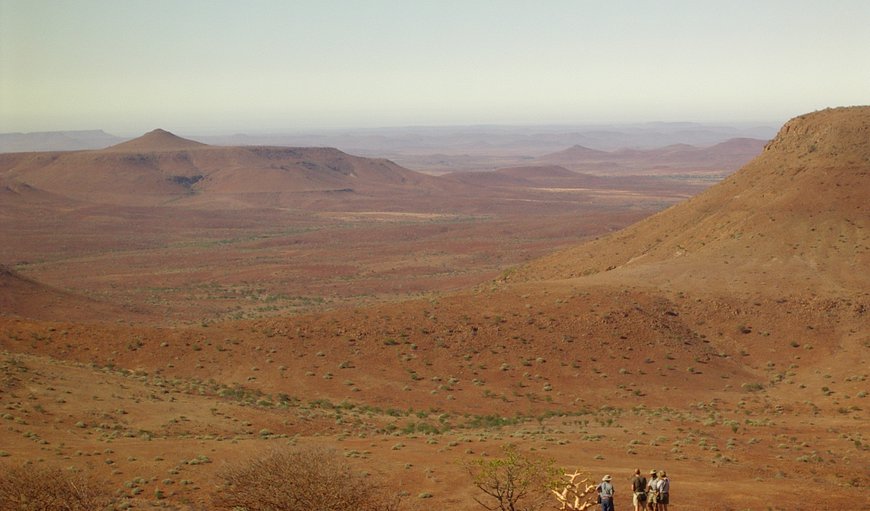 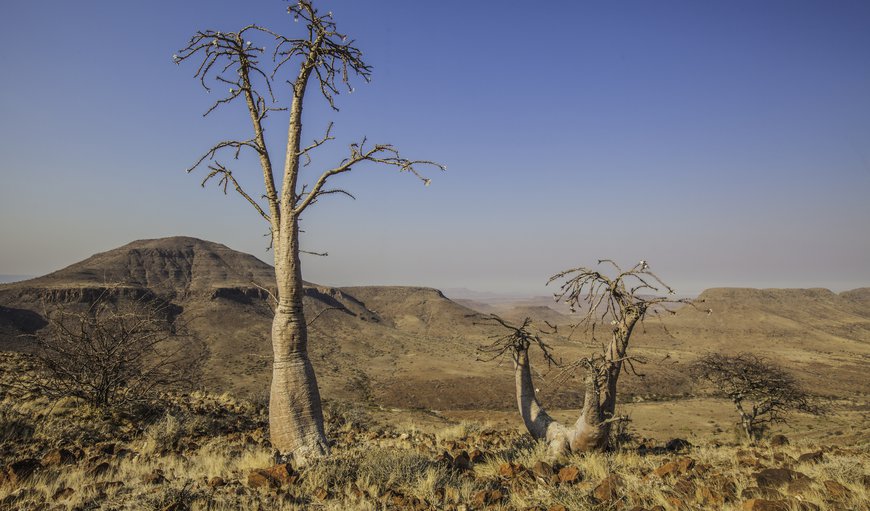 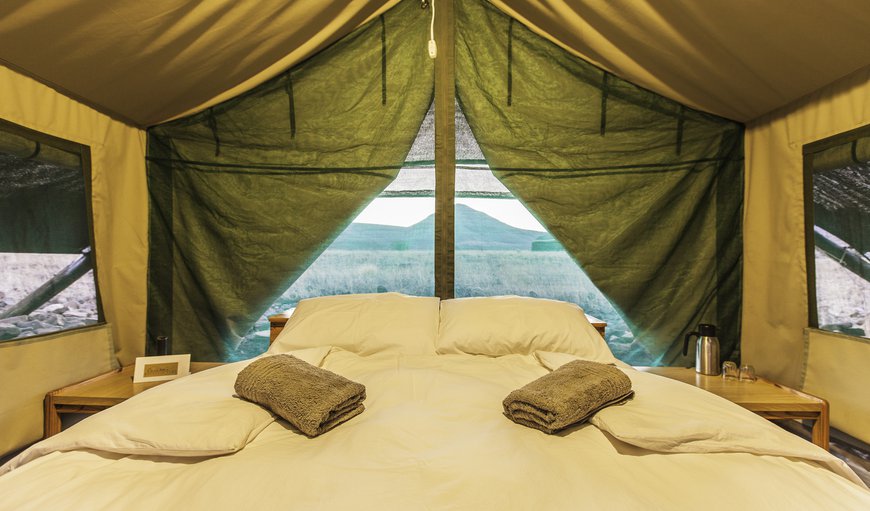 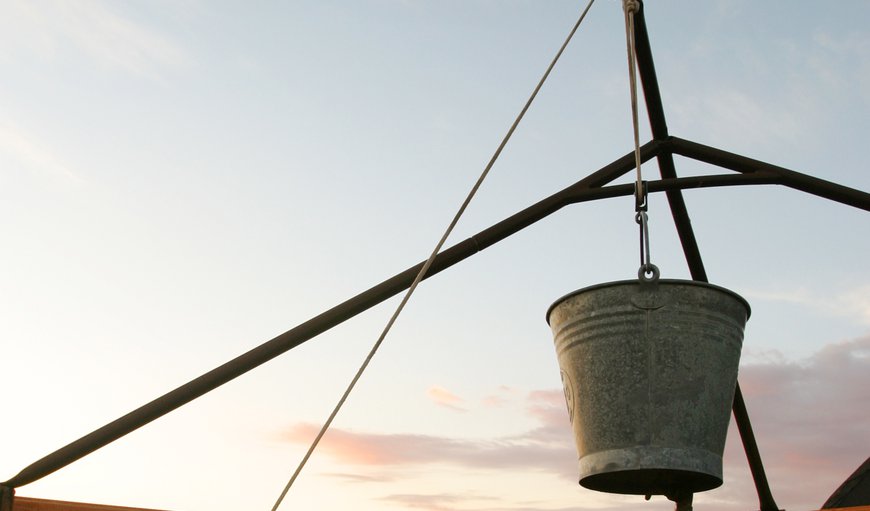 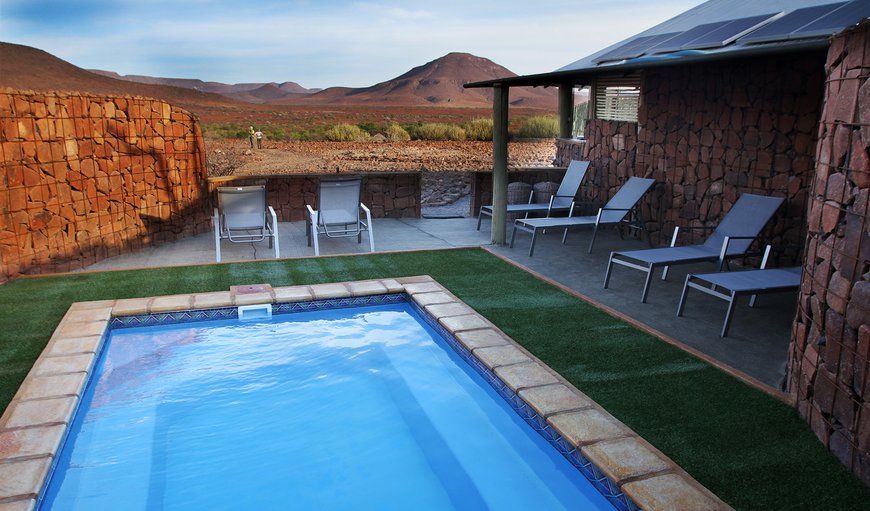 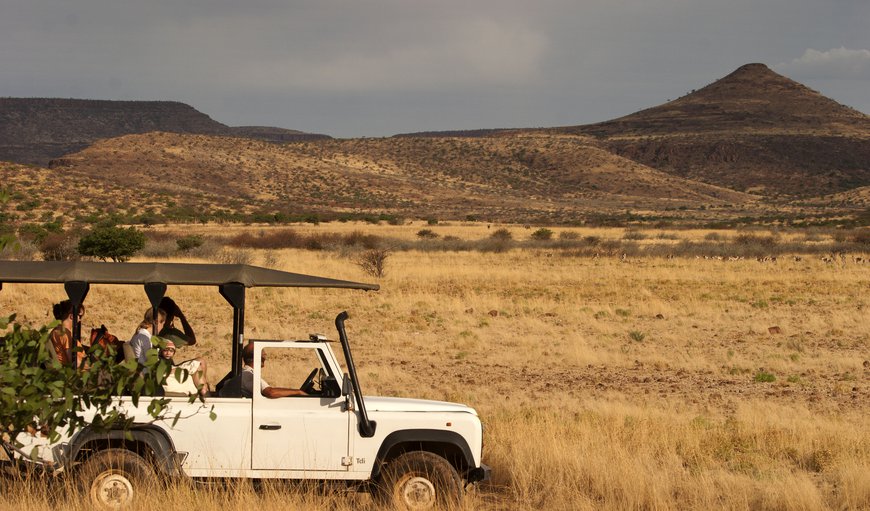 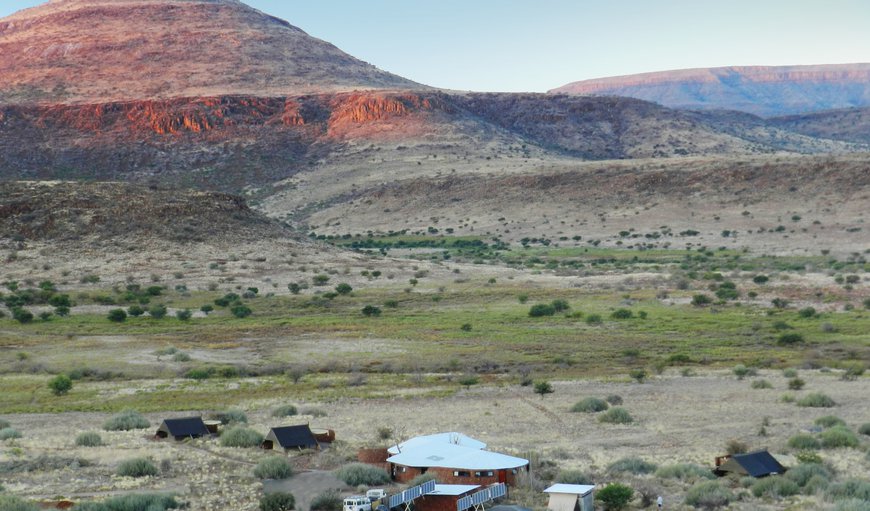 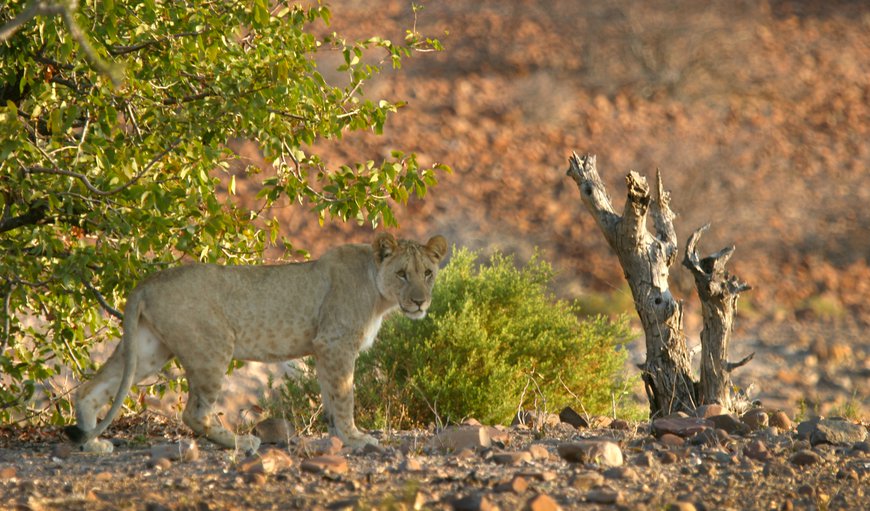 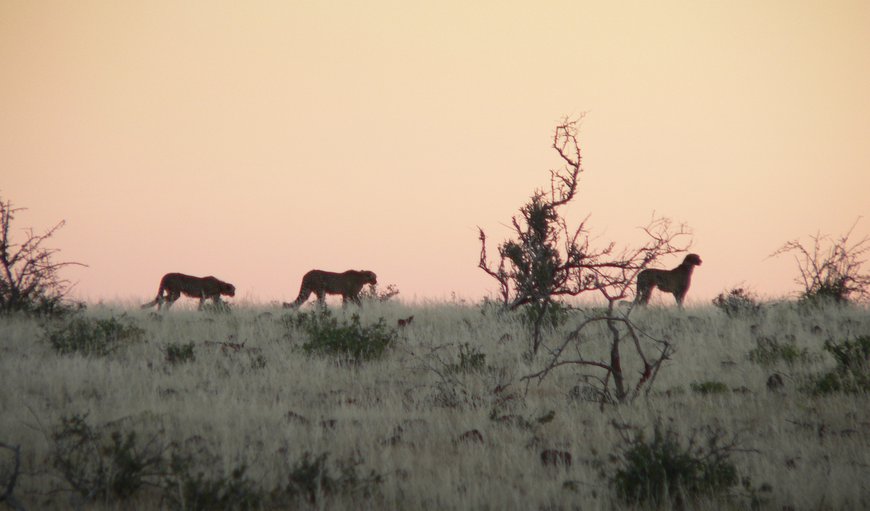 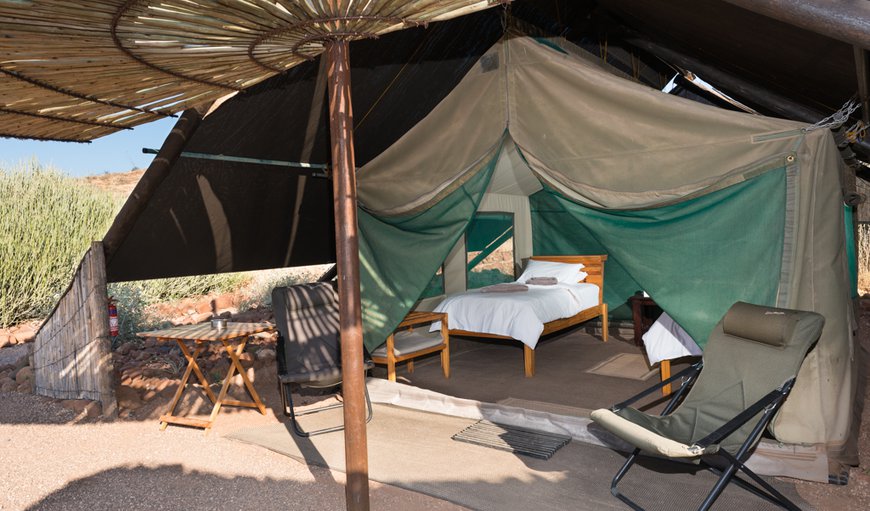 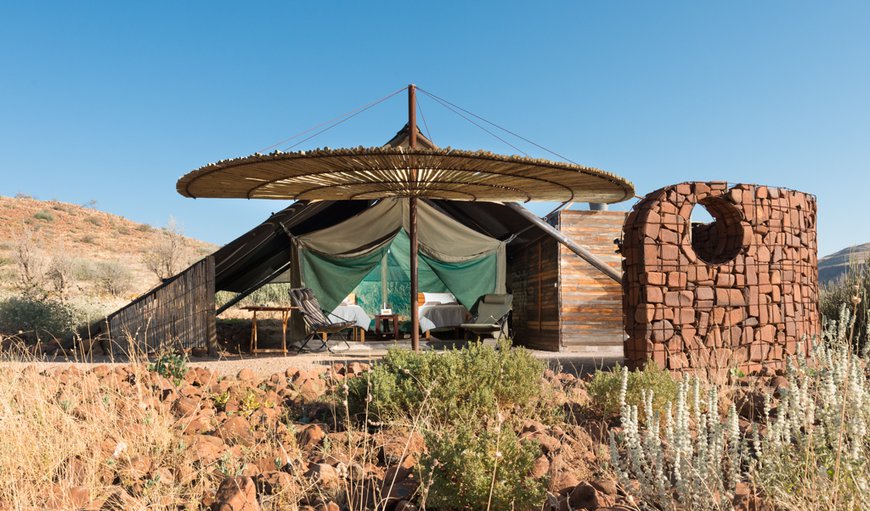 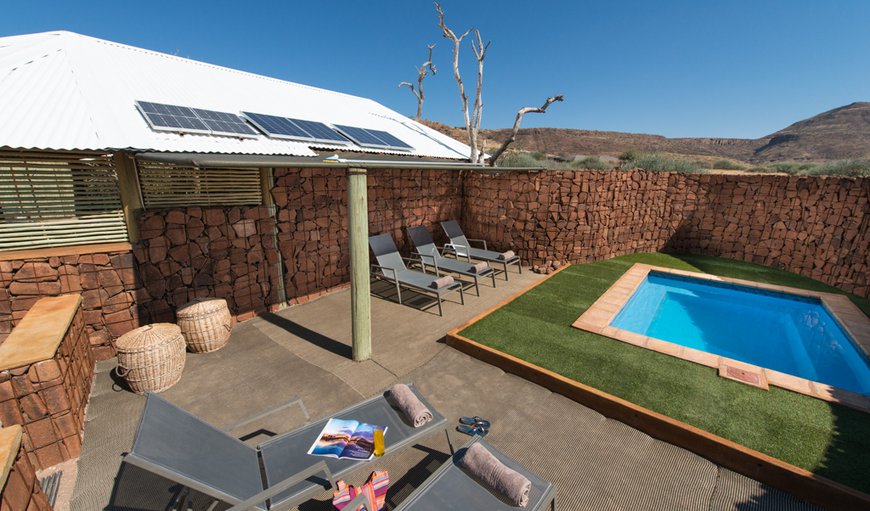 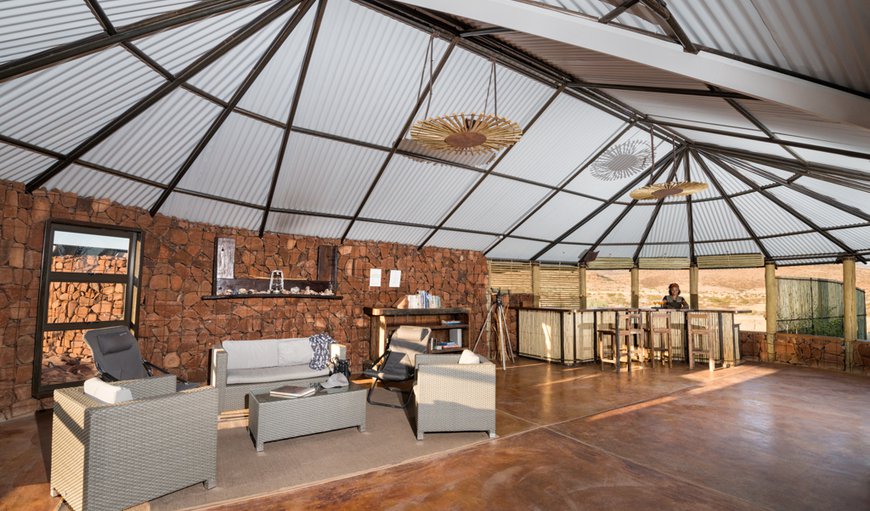 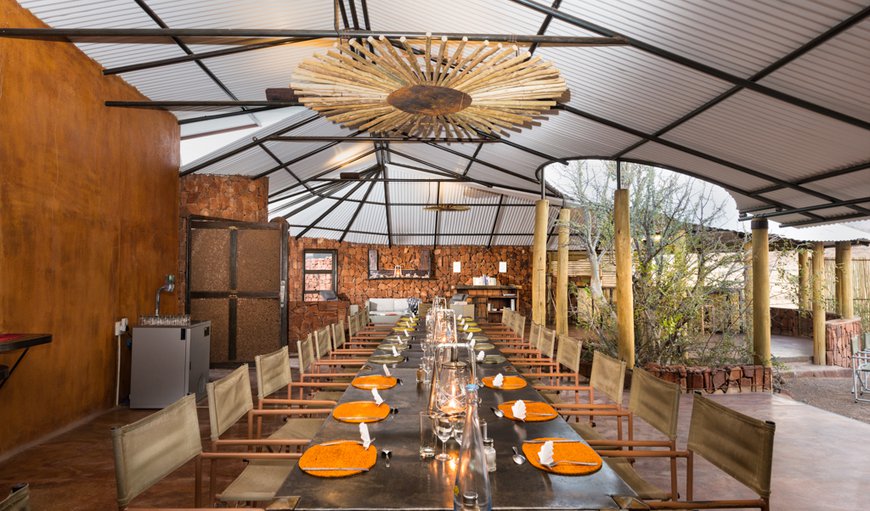 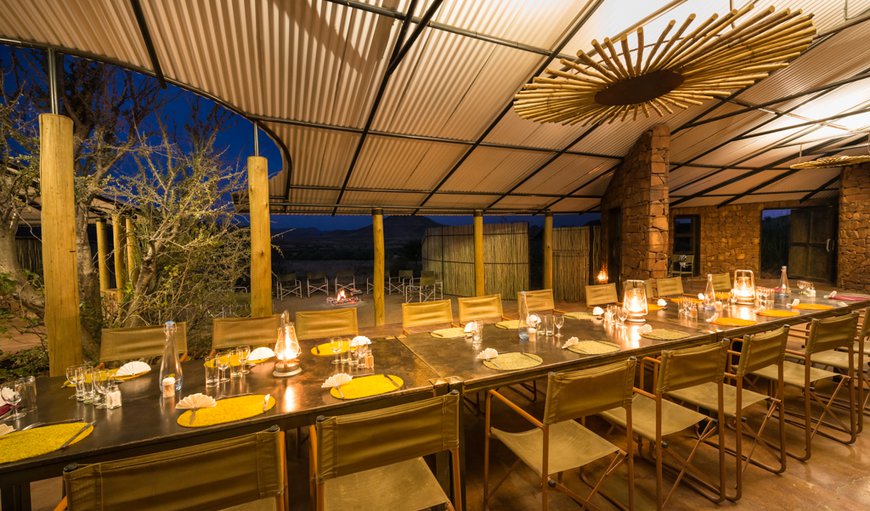 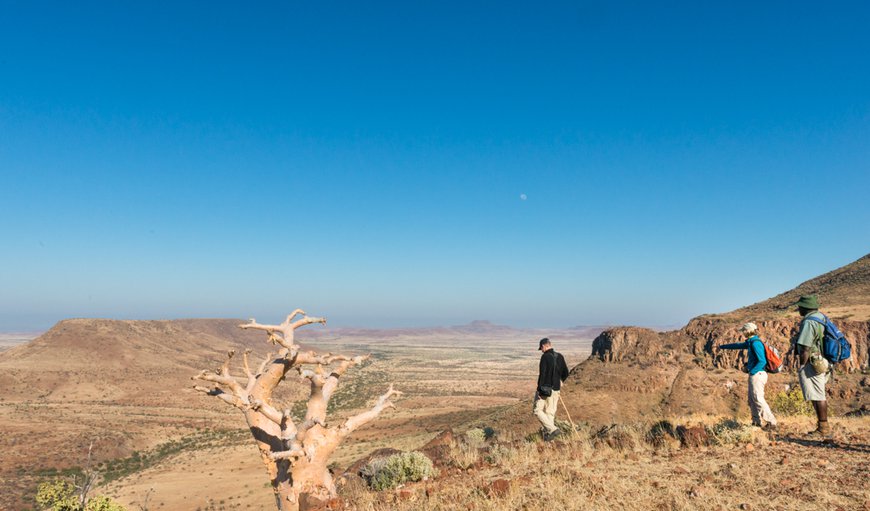 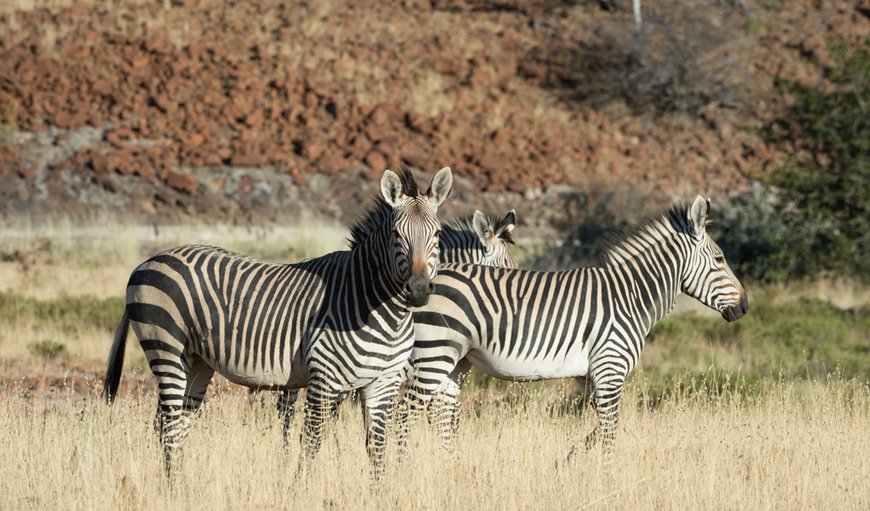 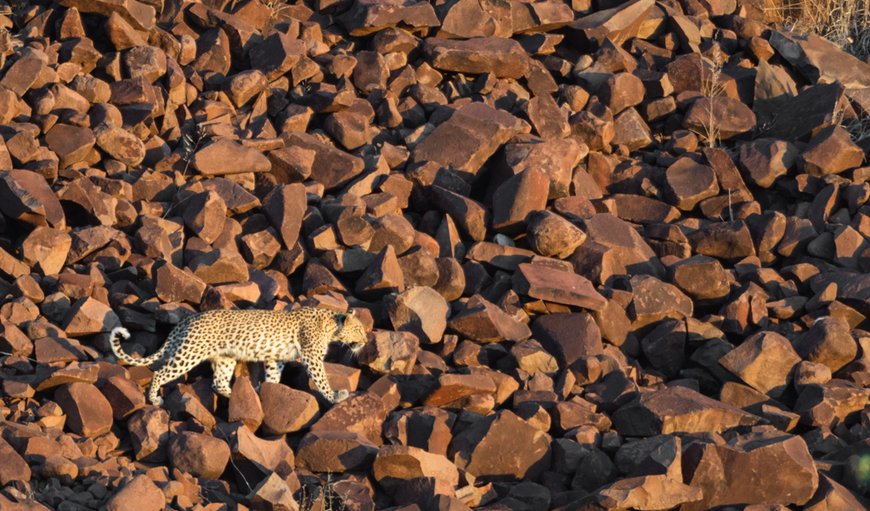 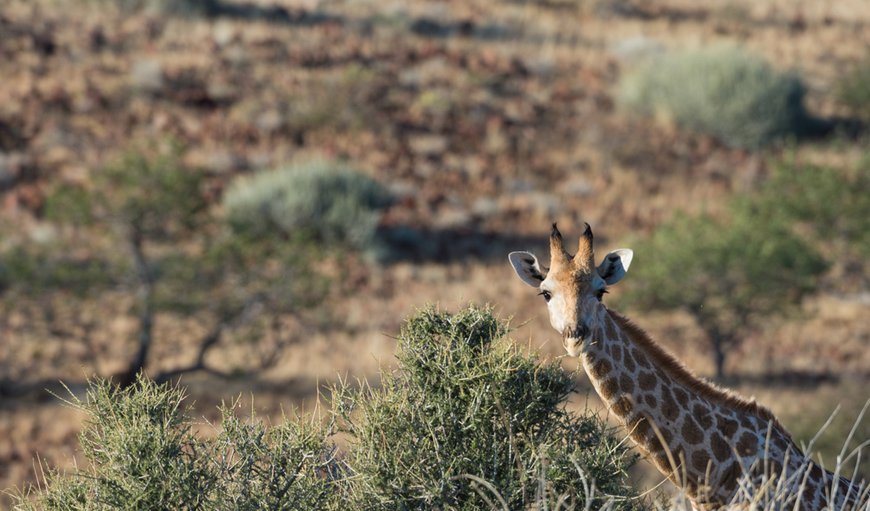 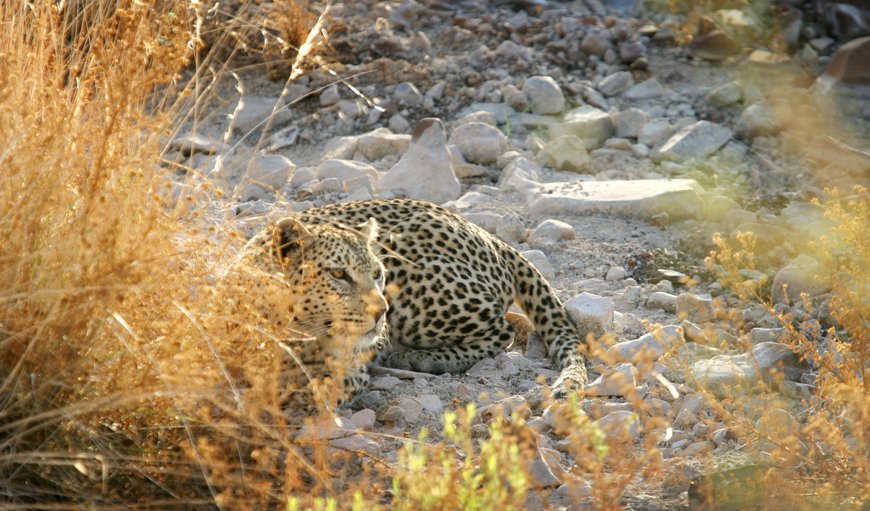 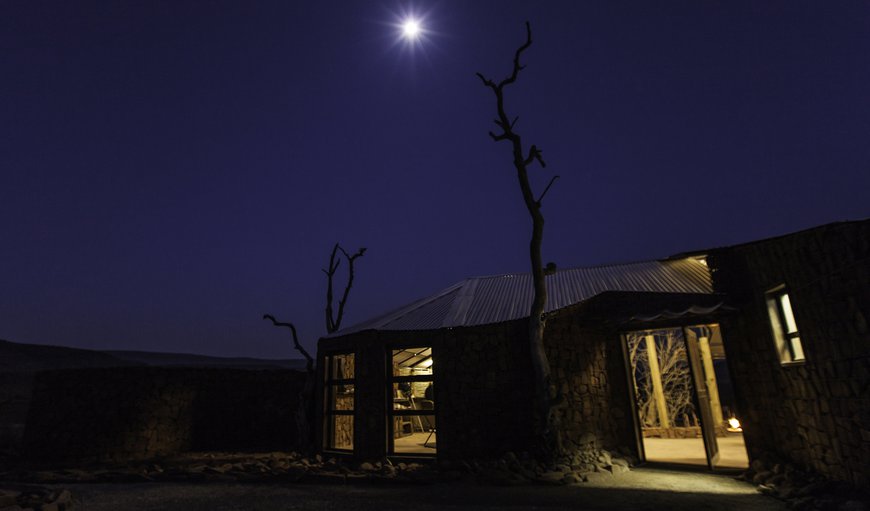 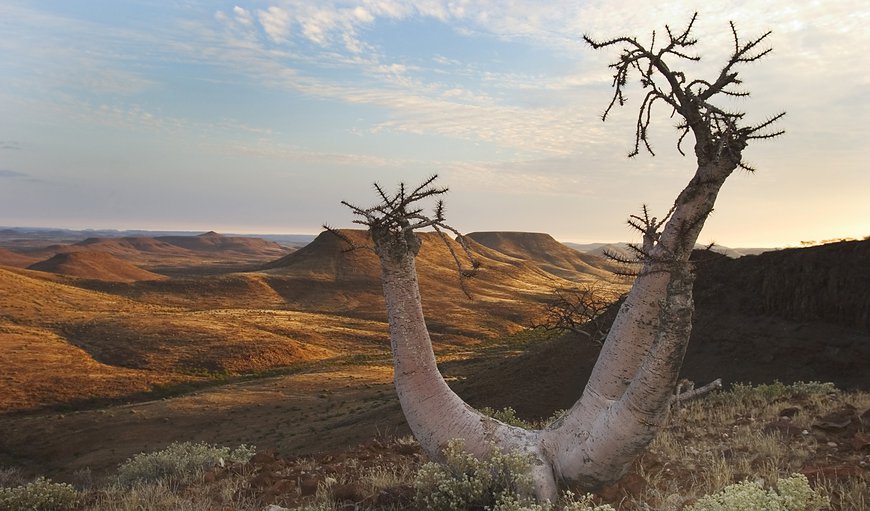 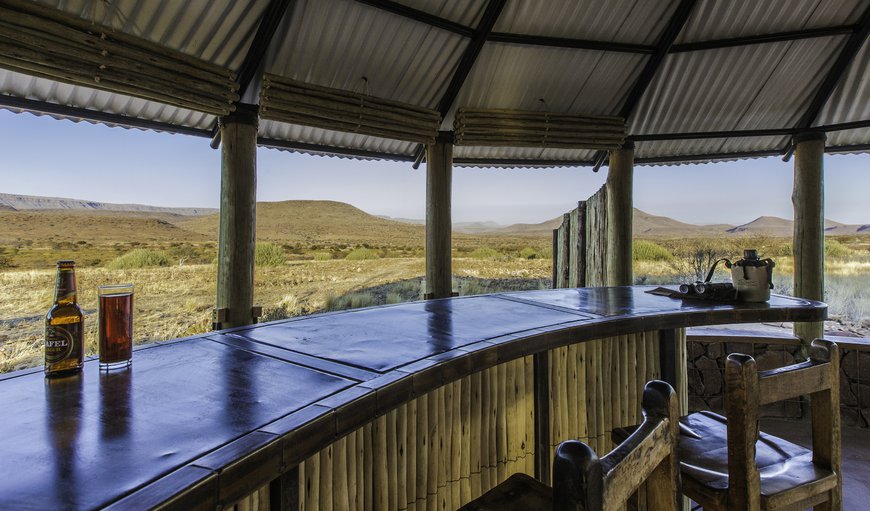 Extra health & safety measures
This property has taken additional health and hygiene measures to comply with standards and ensure your safety.

The philosophy of the development of Etendeka Mountain Camp has been primarily focussed on conservation, from how we drive our vehicles to what we drink at the bar. The least disturbance of the local habitat is top of our list. In 2008 EMC obtained the highest rating of 5 flowers awarded by the Eco Awards of Namibia in recognition of our efforts.

In the foothills of the Grootberg massif, set amidst magnificent scenery and the ancient Etendeka lavas of northern Damaraland, the ten new en-suite Meru tents have been refitted with luxury mattresses and 100% cotton linen. Necessary comforts have not been overlooked with the bathrooms also benefitting from a makeover, while the traditional, open-air bucket shower still holds pride of place.

EMC is situated 18km north of Palmwag Lodge on a rough 4x4 track, approximately in the centre of the 50 thousand hectare Etendeka Tourist Concession. The Etendeka Concession Area includes the semi-arid area between the eastern and northern watershed of the Grootberg range of mountains, which is part of the western escarpment, and the Sesfontein road in the south and east, and is placed roughly in the central west of Kunene Region.
Etendeka Mountain Camp has been operating for 21 years and in February 2012 Etendeka Lodge Company entered into a 20 year joint venture agreement with the Omatendeka and Anabeb Conservancies for the lease of the concession and the rental of fixed assets that belong to the conservancies. The land is state land but is also communal land and accessible as controlled marginal grazing area for communities to the north.

Simple, fresh, wholesome meals are prepared, either in solar ovens or on open fires, and enjoyed under African skies. Extensive use is made of solar power throughout the camp. Etendeka is one of only two establishments that have been awarded the highest rank in the Namibian Eco Awards.

At Etendeka, wildlife has acclimatised to a precarious existence amongst the towering basalt mountains and dry mopane-shaded river courses of the Kunene Region. A strong focus is on walking activities.

The feel at Etendeka is rustic; we wanted to bring back that rugged element of the traditional tented camp that most have unfortunately lost.

Manager and co-owner of Etendeka Mountain Camp, Dennis Liebenberg has been running the property for the past 20 years and knows the area like the back of his hand. He loves to share his knowledge with guests.