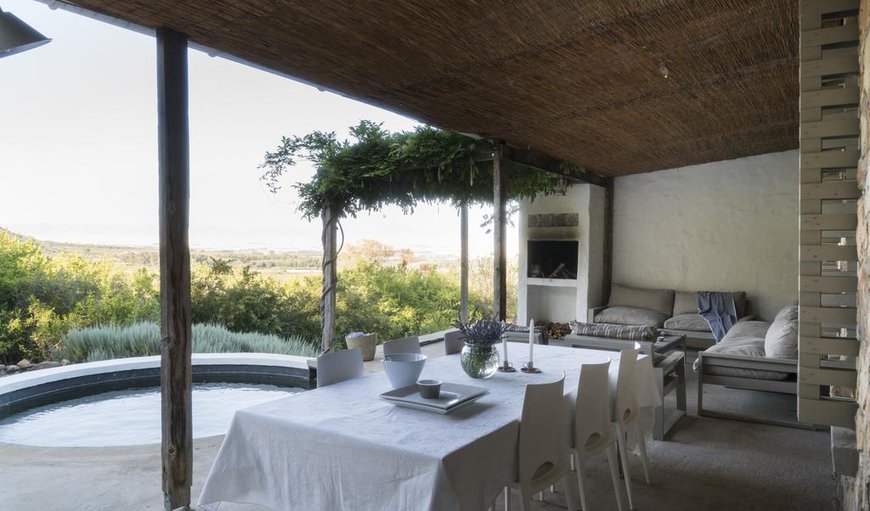 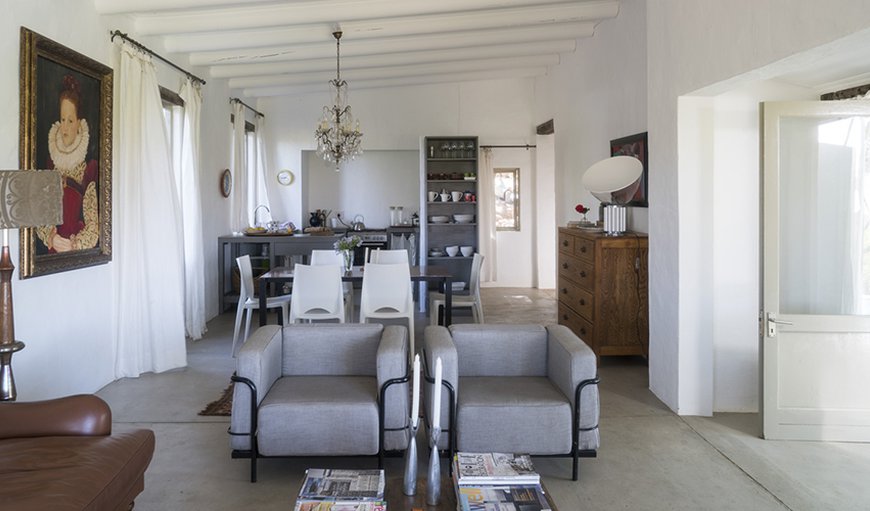 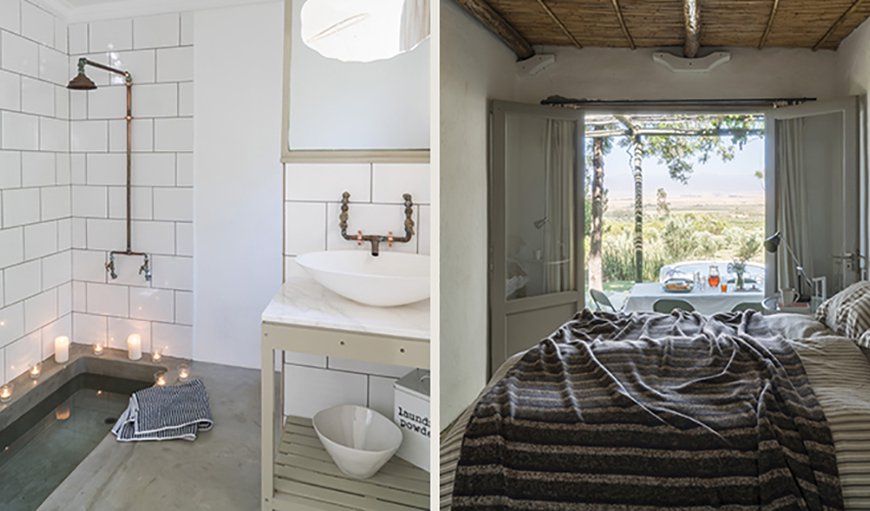 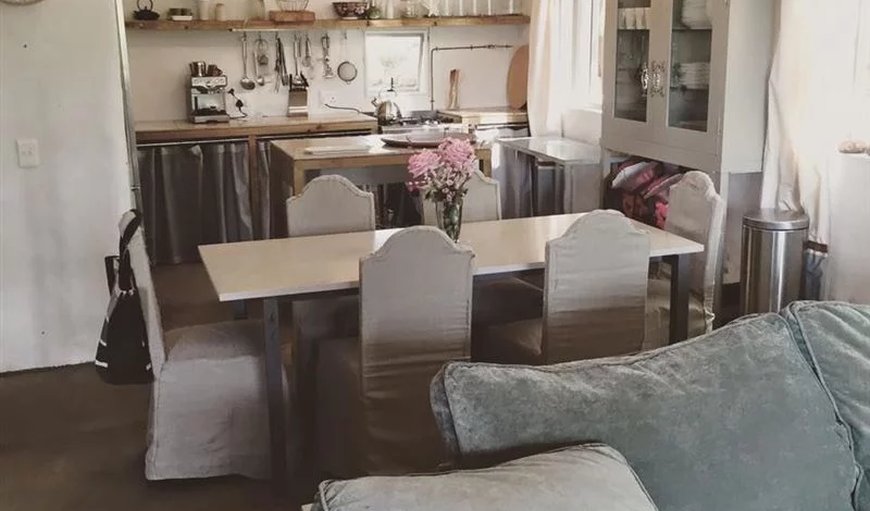 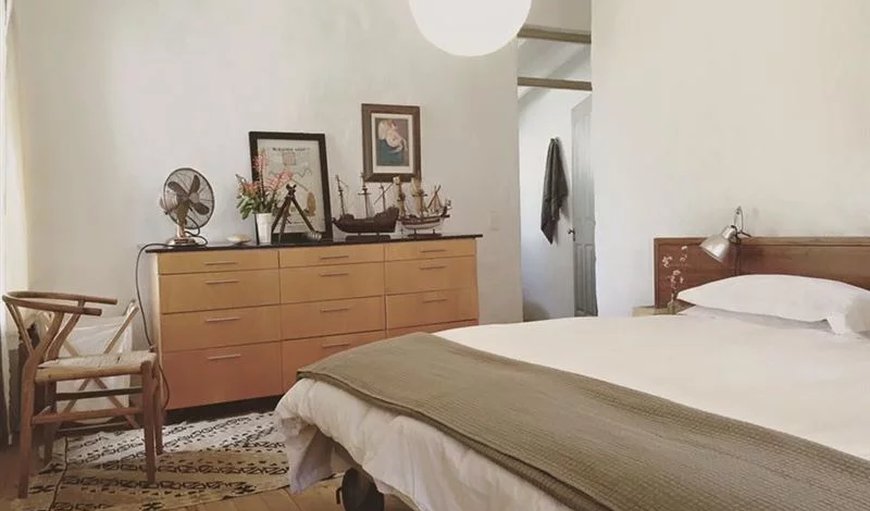 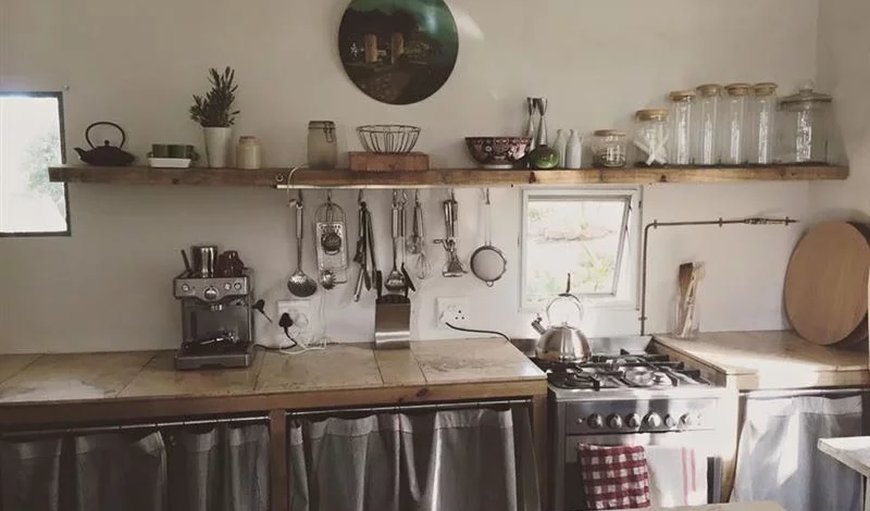 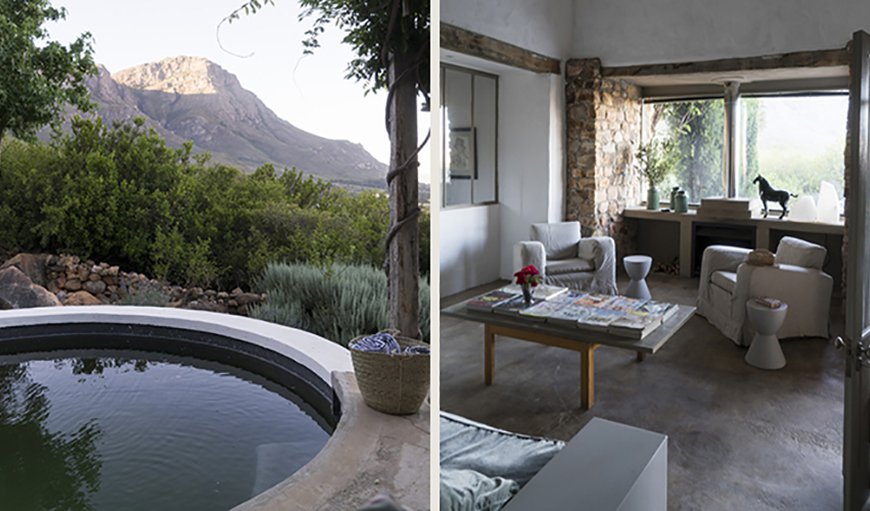 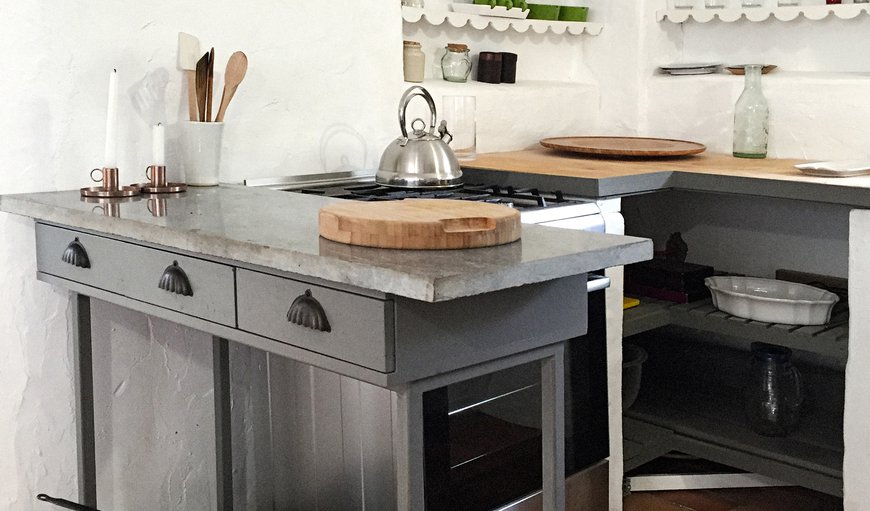 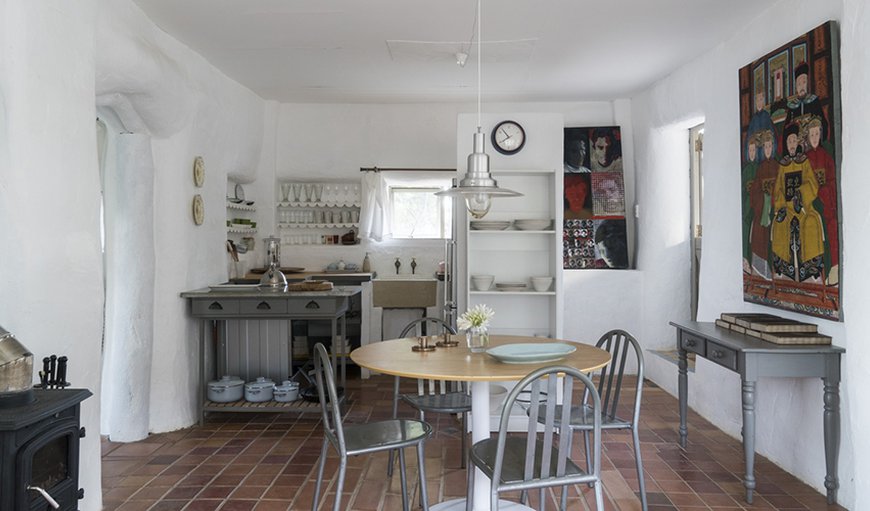 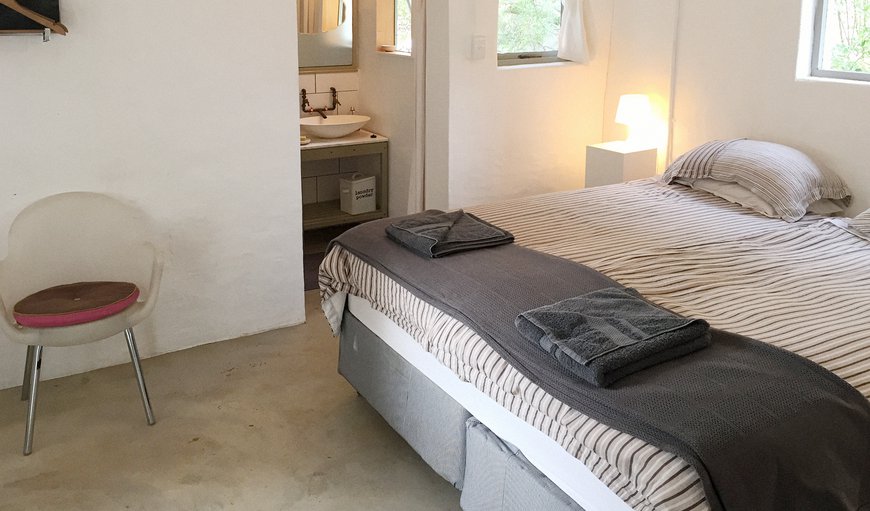 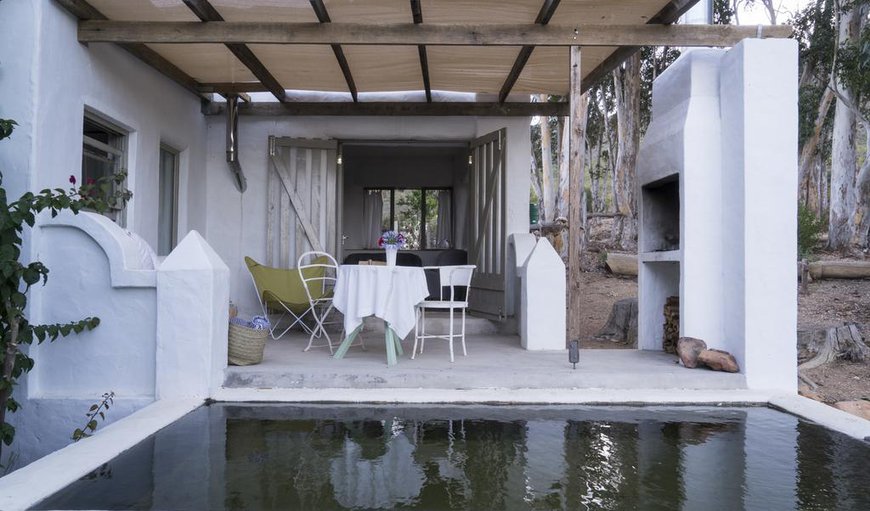 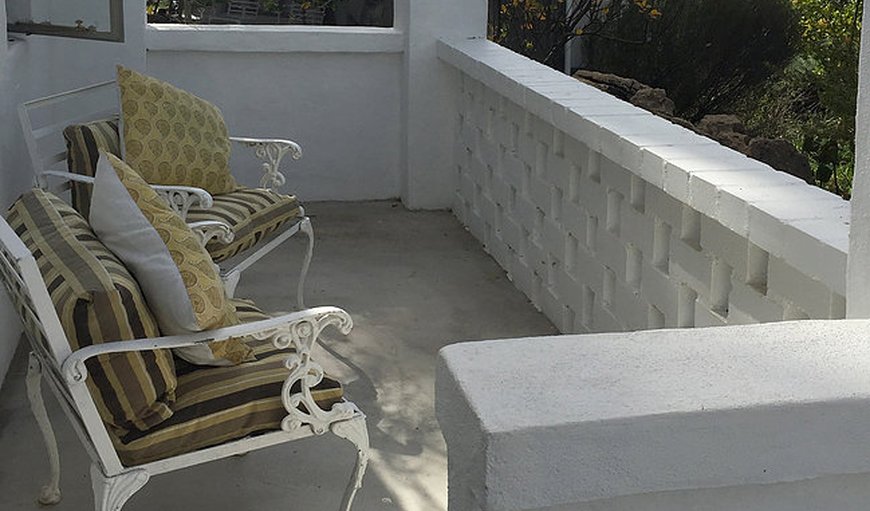 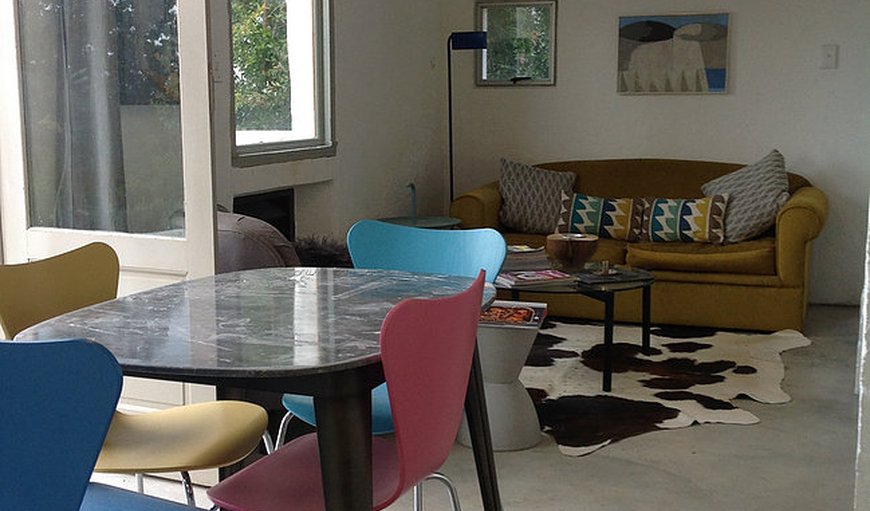 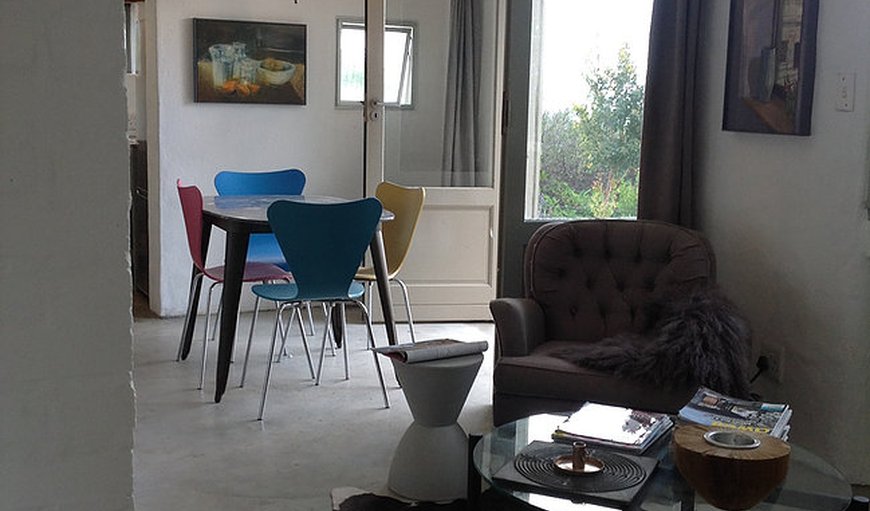 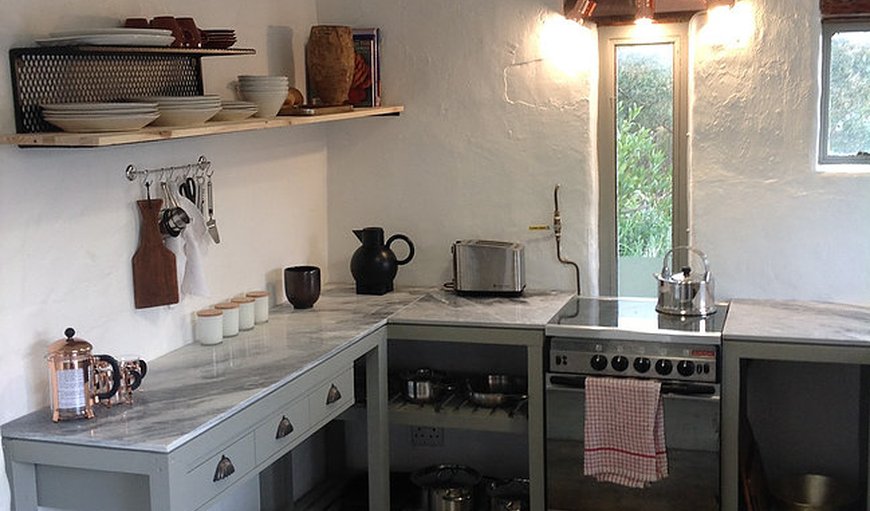 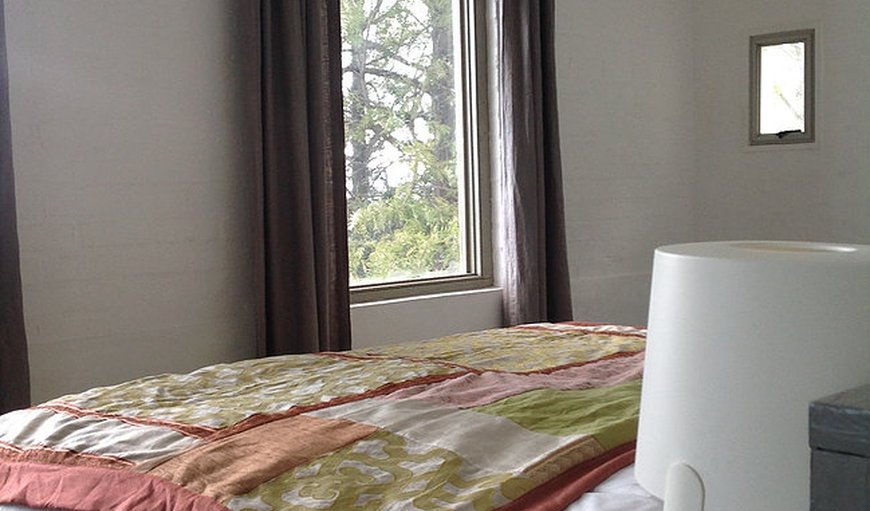 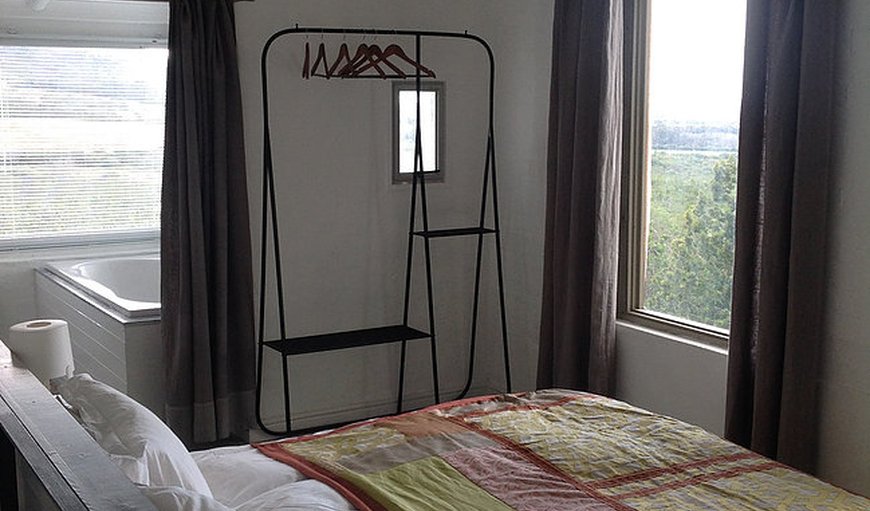 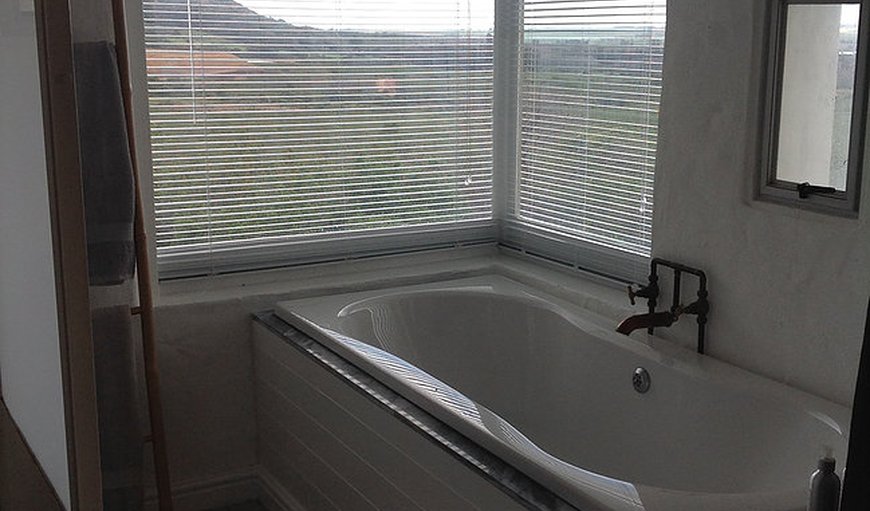 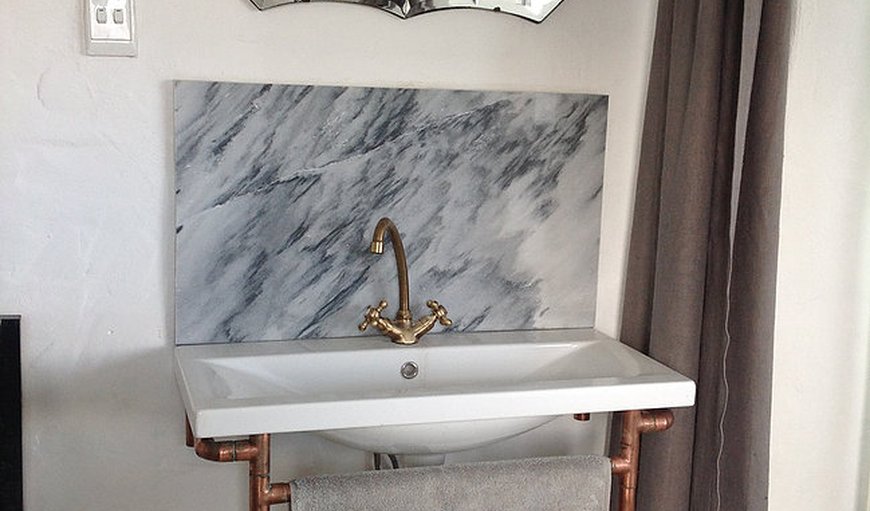 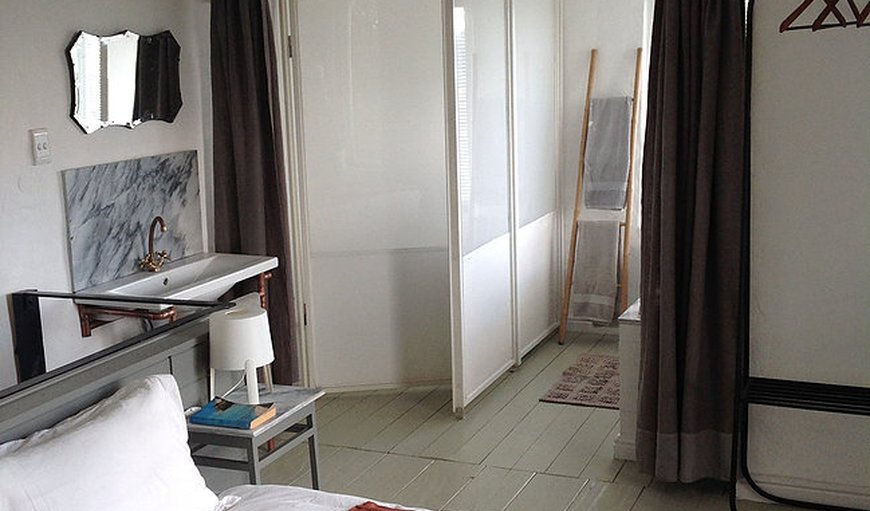 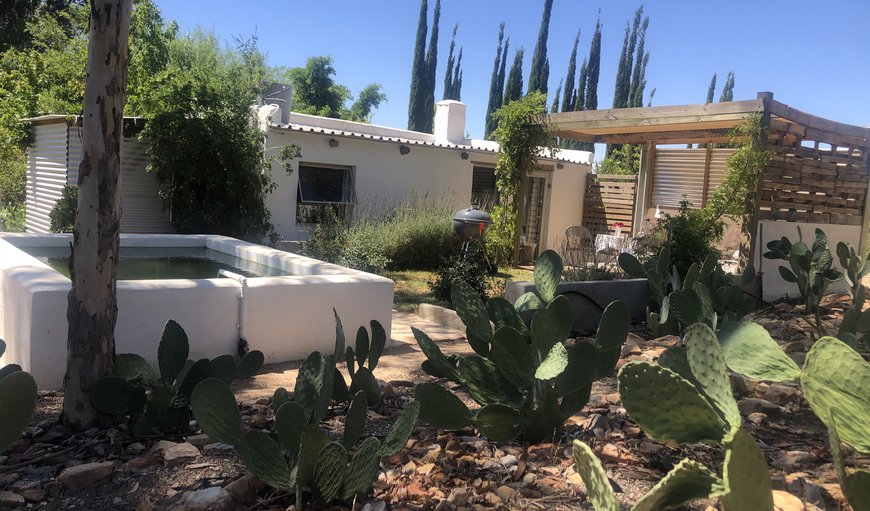 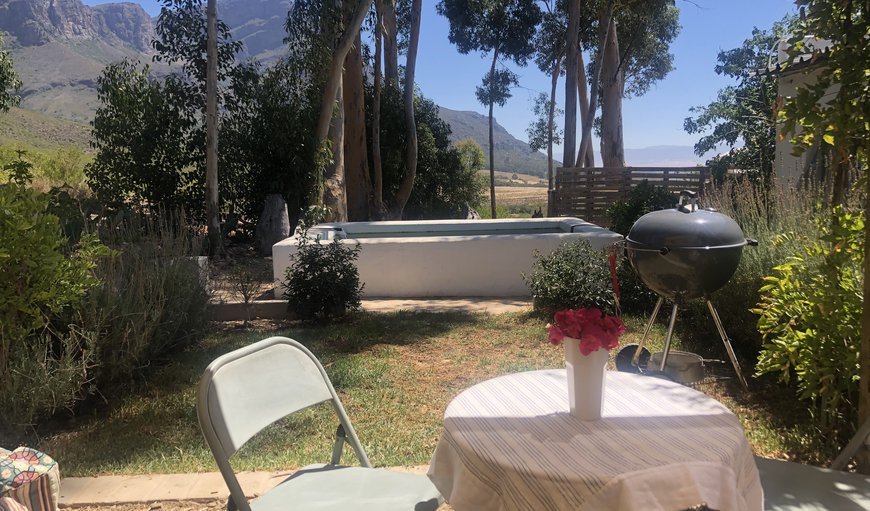 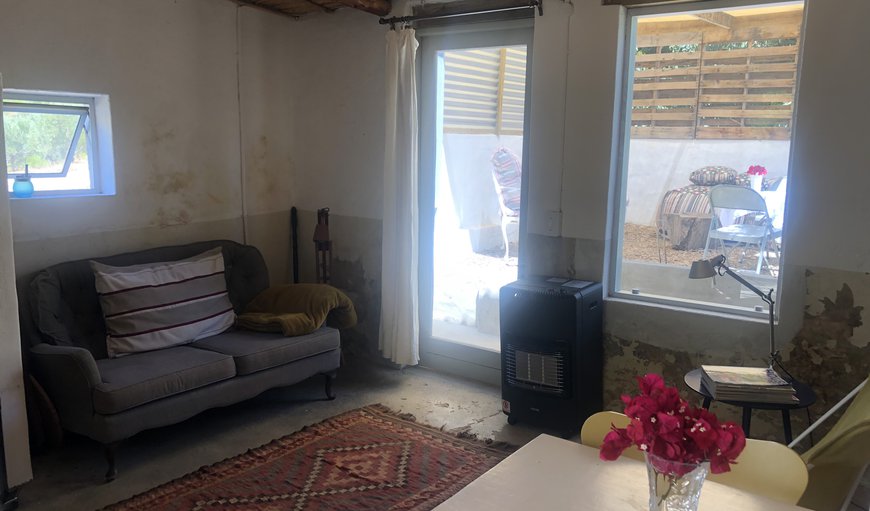 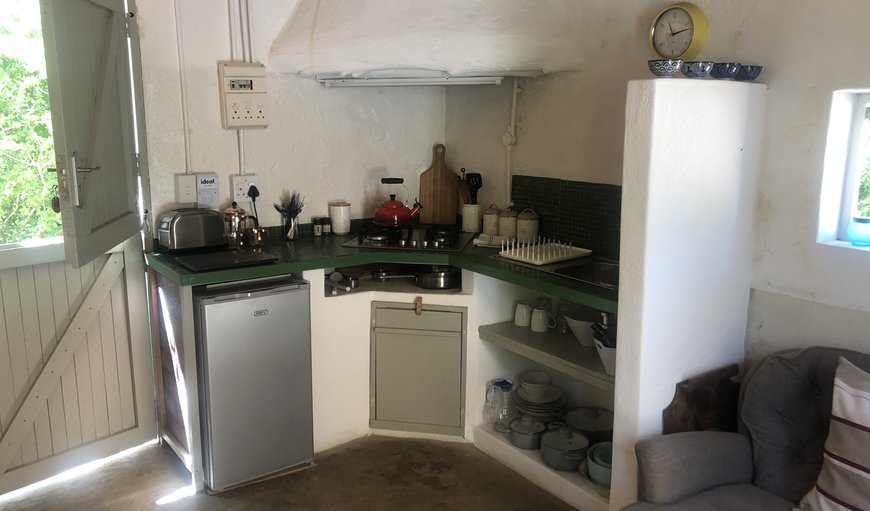 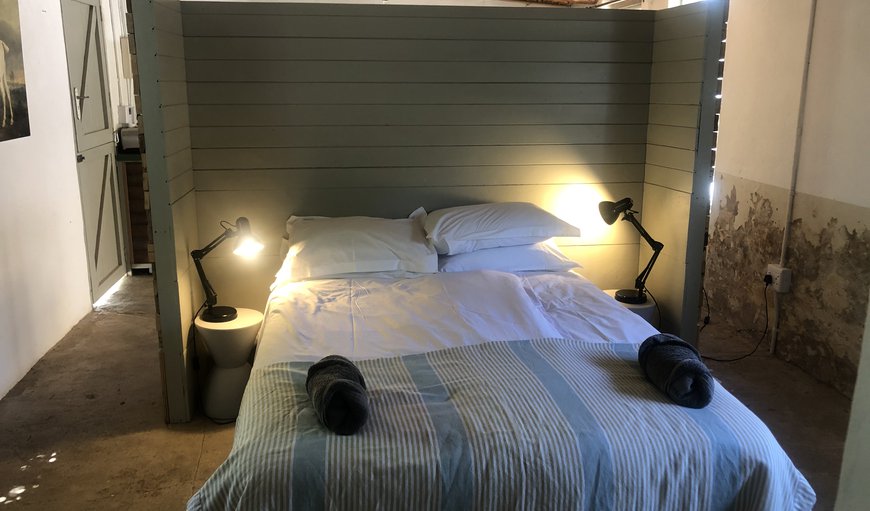 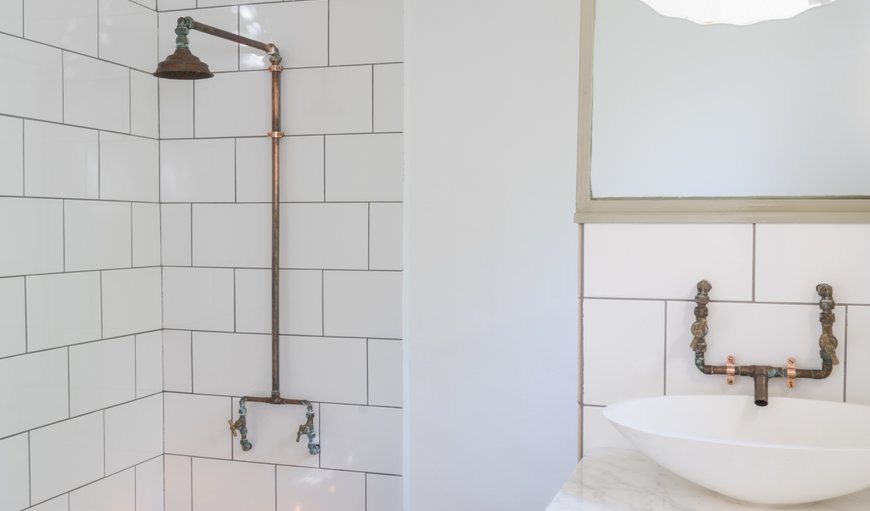 A cluster of old labourer’s cottages have been transformed into separate self-catering houses. Each house is decorated in a luxurious yet understated style, allowing for country getaways in a comfortable relaxing environment. Each cottage has its own garden and pool.
Here you can enjoy long warm lazy summers lounging around the pool or curled up in front of the fireplace during winter.

Each cottage has its own garden and pool. A bag of firewood is supplied, additional bags may be purchased. Other items provided include firelighters, candles, matches, braai grid and tongs There are also rubbish bags, salt and pepper, English and rooibos tea as well as cleaning equipment available. The units are pet-friendly for well-behaved animals, by prior arrangement.

Piketberg is a town in the Western Cape, South Africa, located about 50 miles east of Saldanha Bay. The original spelling of the name was "Piquetberg". The town is in the foothills of the Piketberg mountains, a range of low mountains formed from Table Mountain Sandstone.
The area around the mountains is conducive to the farming of wheat, while the area on top of the mountains, being cooler and generally frost-free, is suited to the farming of fruit and Rooibos Tea.
Piketberg possesses a large Dutch Reformed Church designed by the architect Carl Otto Hager in his trademark neo-Gothic style.
The area was inhabited by the Khoikhoi and the San before the arrival of settlers of European extraction and there is still well-preserved San rock art in the mountains. There was once a small military post in the town to protect the livestock of farmers against depredations by the Khoikhoi.
Cannon
The Picquet commandos fired the cannon. The cannon-fire protected the European-descended farming community from the attacks of the indigenous groups, the "Gonjemans".
The community used its cannon to signal the arrival of ships in Cape Town. Piketberg's farmers would load their carts with produce and wares. Then head to Cape Town to do business. The cannon also fired on special occasions like Queen Victoria's birthday and the arrival of the town's first telephone line. It fired for the last time in the 1960s. A misfire left the school's windows aflame. Hereafter, the canon was filled with cement. Until recently, the Piketberg cannon stood in front of Piketberg High School, aimed East, in the direction of Porterville High School, its rival.

What a special wonderful place! Full of character and attention to small detail. Beautiful surroundings and good mountain biking trails. We loved it!

Superb. 5 out of 5
Christelle Mouton

We had a wonderful weekend!!!

Superb. 5 out of 5
Rudolf coertzen

We stayed in Leccino cottage in November 2020 for 3 nights . What a breathtaking view of the mountain and dam . Very peaceful and relaxing atmosphere . We thoroughly enjoyed it . Not sure if you can swim in the pools though still beautiful to look at . Relative steep climb to get to the location for a motor car..

The cottage was nice and private. Loved the pool and sitting on the patio in the morning watching all the birds, was beautiful and relaxing. Overall we had a peaceful three days. I would recommend Kleinkloof to anyone who needs to get away for a few days and reconnect with nature.

Superb. 5 out of 5
Warren Pearson

The accommodation was exactly what we needed to get away from the hustle and bustle. The room was immaculate, the location beautiful but most impressive is the attention to detail. We travel a lot and it is rare to find such a well equipped self catering kitchen.

Superb. 5 out of 5
Irma Swanepoel

Undiscovered gem in Piketberg. Setting could not be better for a weekend breakaway.

Very well equipped cottage - they have thought of everything one could possibly need! Perfect getaway for absolute relaxation!

Start your review of Kleinkloof Farm

The hot weather and little wind.

Superb. 5 out of 5
Prof Sandra Klopper

Superb. 5 out of 5
karel damnpies

Superb. 5 out of 5
Priscilla Pieterse

Nature was beautiful. The drive around and through the mountain was breathtaking. We had no network in Piketberg but the lady at the Tourism office provided us with a map which enabled us to get our destination. If it was not for her we would have probably had to drive back home and have reached our destination. Therefore thumbs up and 5 stars to the people of Piketberg.

Fabulous. 4 out of 5
+ Add your review of Piketberg