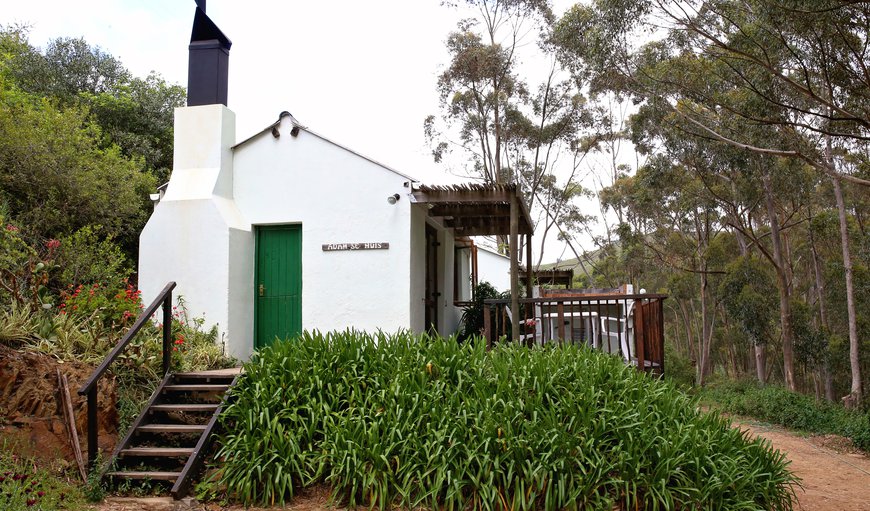 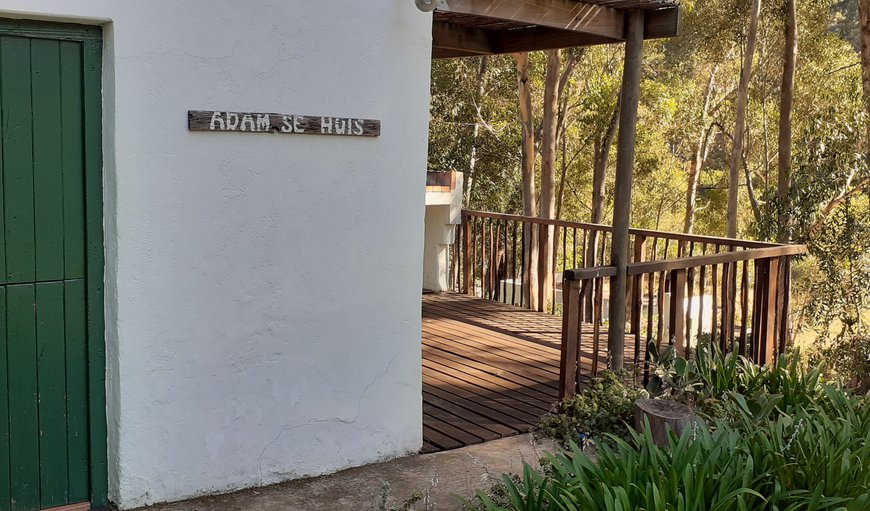 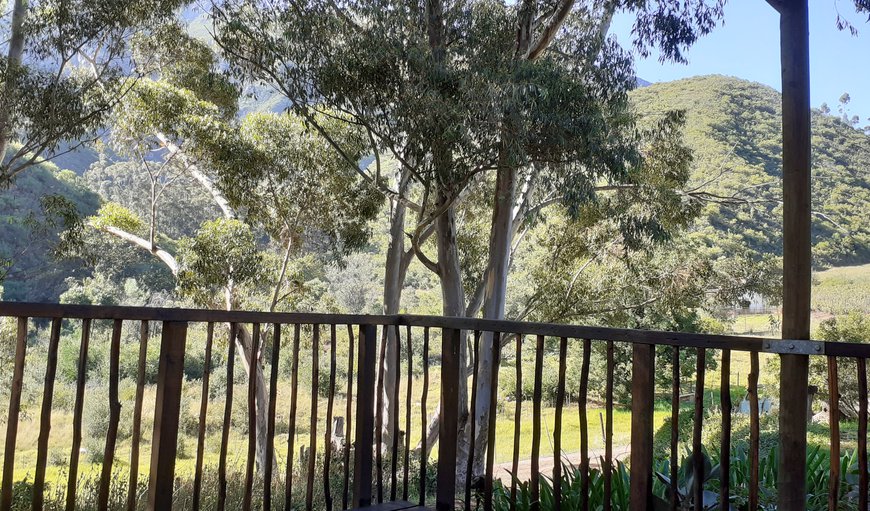 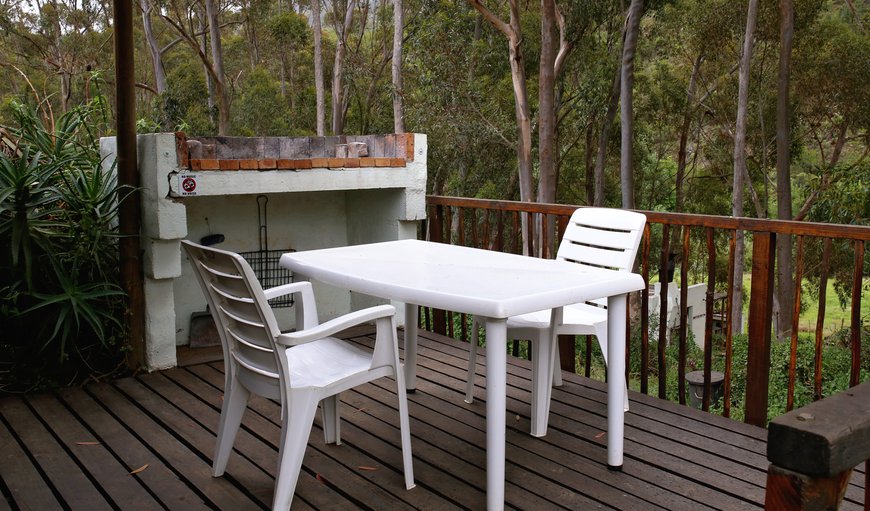 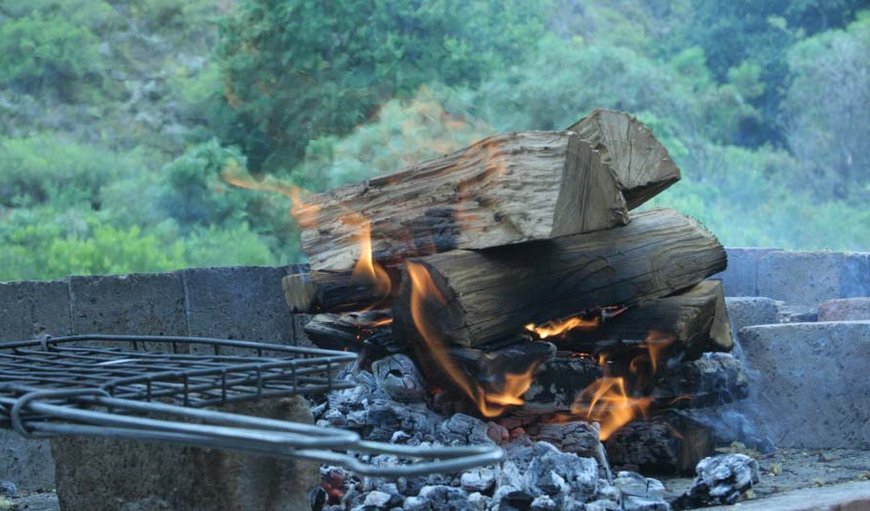 Warm by the fire 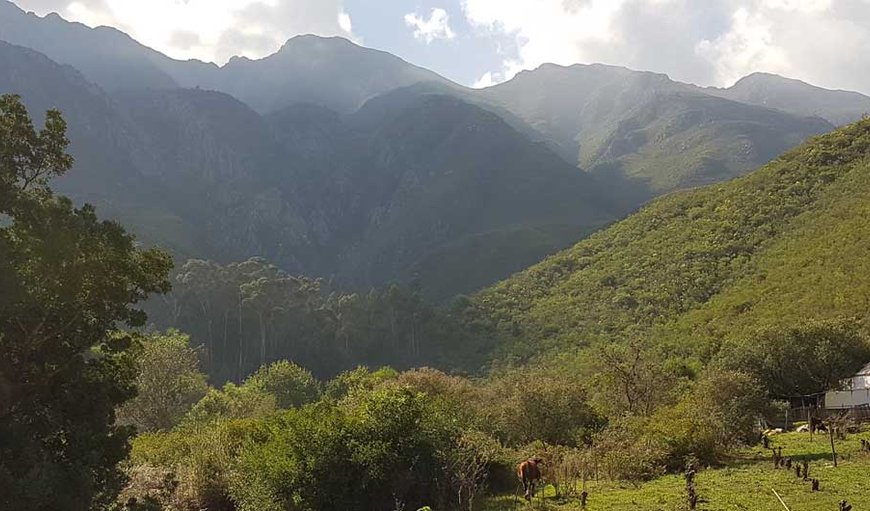 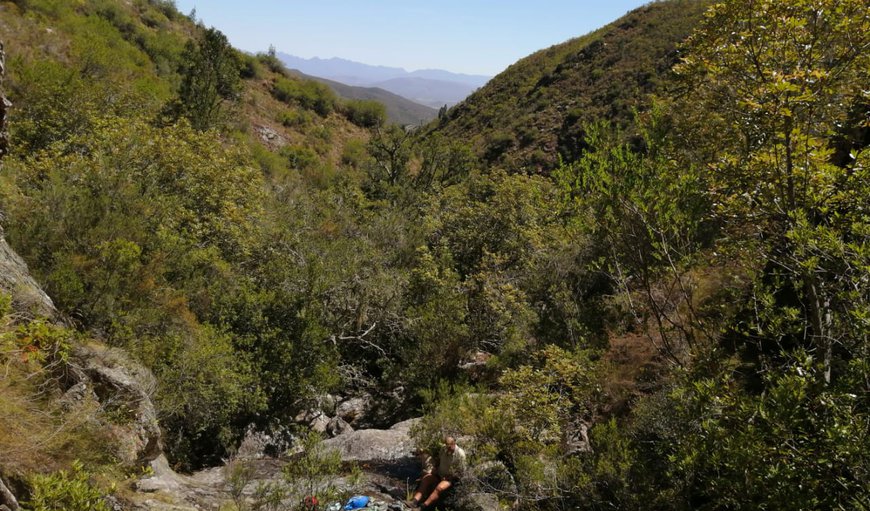 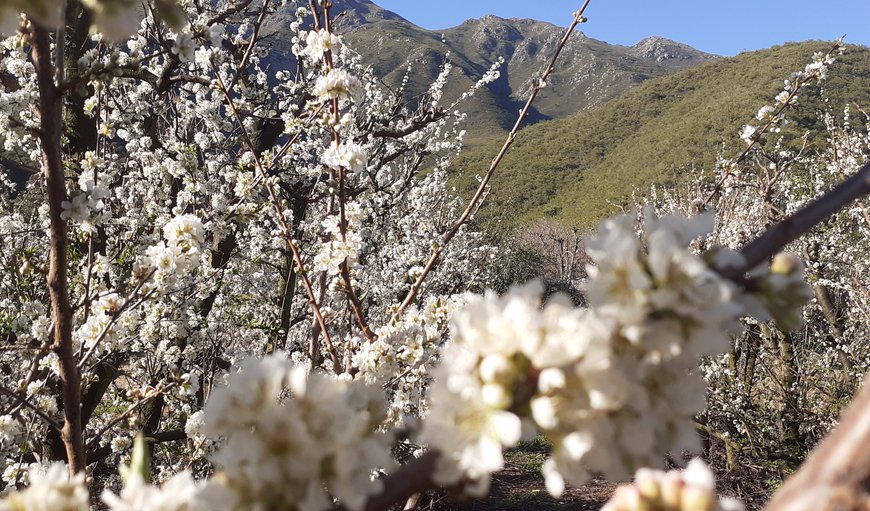 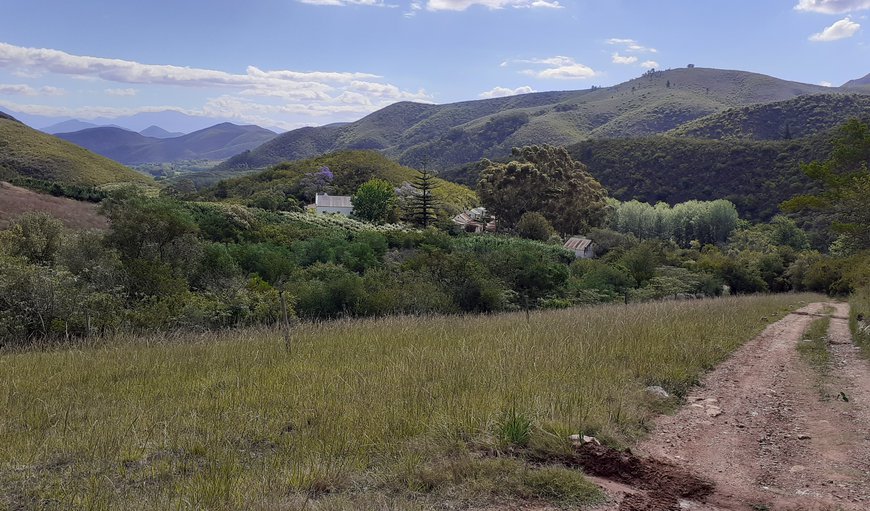 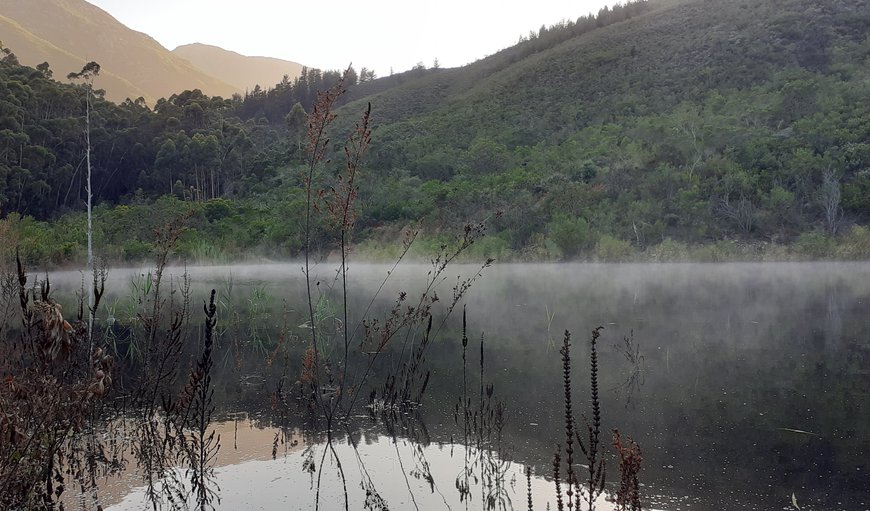 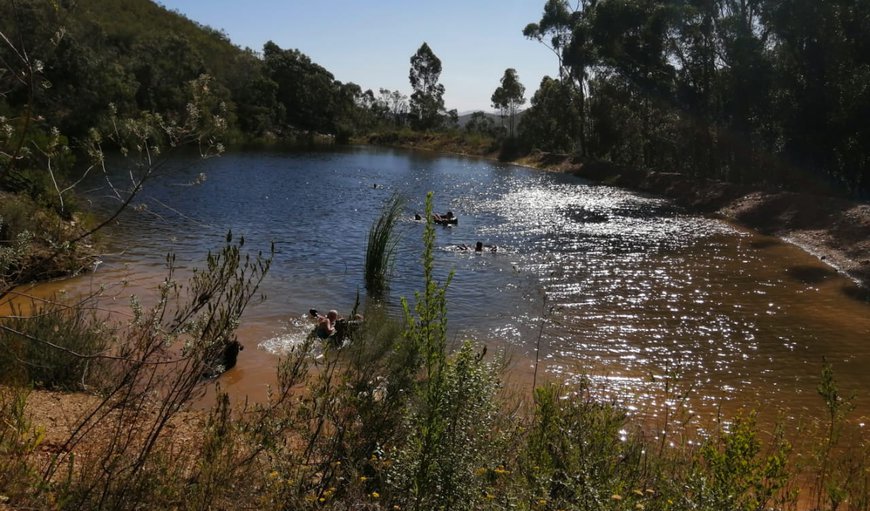 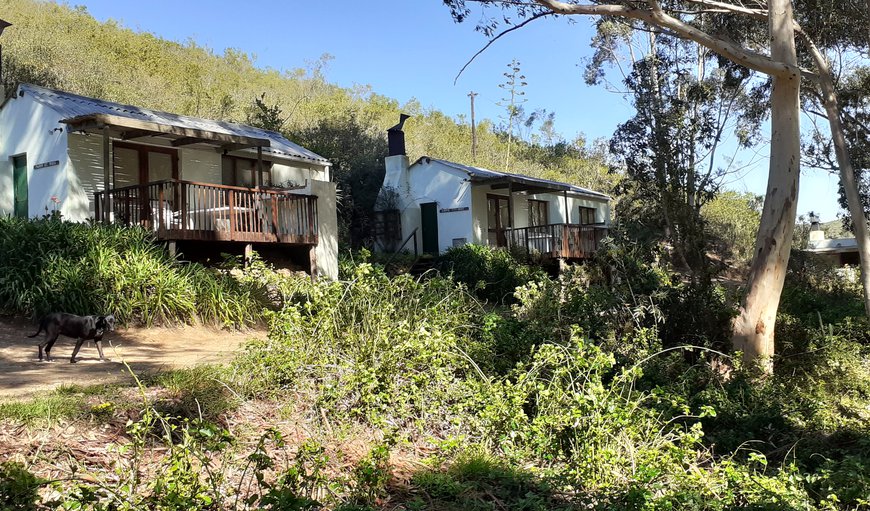 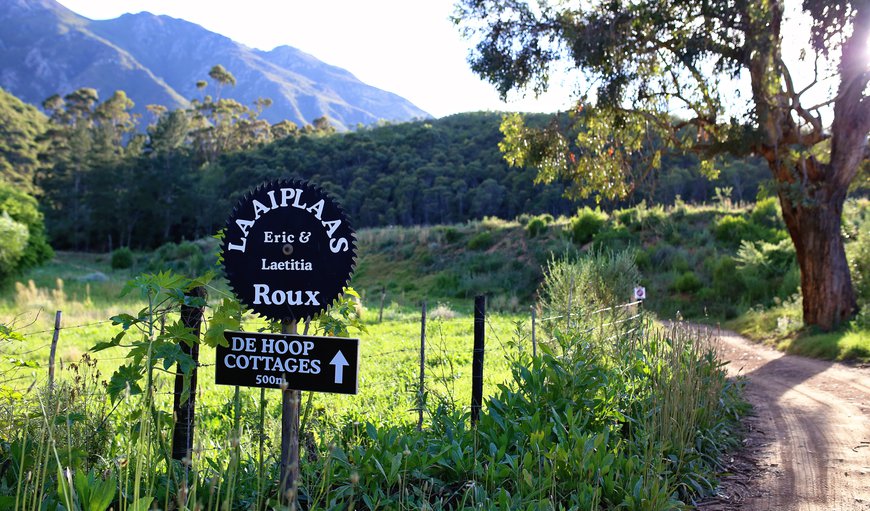 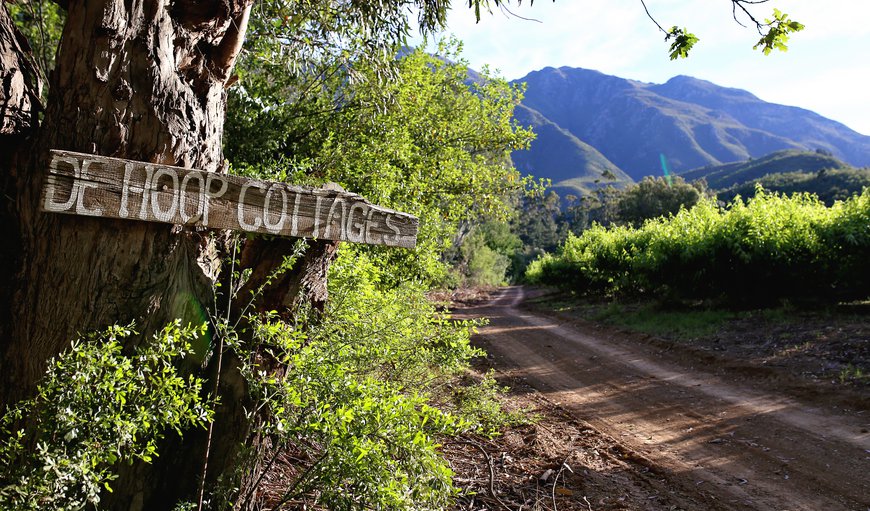 De Hoop Cottages offer affordable self-catering farm accommodation in free standing units and a "no personal contact" reception. We are situated 10 km out of Robertson on the farm, Laaiplaas, right at the end of the De Hoop-kloof at the very foot of the Langeberg.

The bush cabin, Die Boshuisie, is a 4-sleeper self-catering wooden cabin which is situated privately in a kloof and suited for the more adventurous. It offers indoor and outdoor braai facilities and a wooden deck. No electricity - only gas facilities - gives the camping experience without the hassle of bringing your own tent. No bedding is supplied. The ablution block is about 80 metres from the cabin. A high ground clearance vehicle (not 4x4) is advisable to reach the cabin.

The name "Laaiplaas" has got two possible origins: One is that the hunters of yesteryear used this location as a place to load (laai) their muskets for the hunt before the walk into the mountain started.
The other one is that the farm is quite hidden behind the koppie which reminds one of the small hidden drawers (laaitjies) of antique dressing tables.

The farm was originally used for grazing under the old grazing permit system. The first Deeds of Transfer were registered around 1907 which is also the year in which the main house was built. After changing owners a few times, the farm has now been in the family since 1965. The first farmers survived the initial development stages of their vineyards and orchards by planting Calabash as a cash crop. The dried calabash were in demand for various household items such as bowls and dry goods scoops and small ones were used for darning socks, but the main demand was to produce quality necks for Calabash smoking pipes. Later when the calabash became less popular the main crops were fruit, which was mostly dried for export, or sold to jam factories, and wine grapes which the farmers had to process into wine in their own cellars. This system lasted until large co-operative wine cellars, driven by the escalating cost of production, became the norm. Today the farm produces mostly fruit and a bit of vegetables.

Still to be seen on the farm is the old wine cellar from the years of cultivating vines, and the old stable where sheep, a few cattle and a few horses were kept.

Indoor and outdoor braai facilities and a private deck.
Wood is for sale.

Apart from breathtaking mountain views, guests can enjoy nature, do some bird watching, go for a hike on the farm or in the kloof to reach clear mountain pools and have a swim in the dams. Or you can just sit on the deck and enjoy the peaceful surroundings. The farm is only 10 km from town and 15 minutes’ drive from all necessary shops if need be, as well as all the wine cellars that the valley is renowned for.

Thank you for a lovely stay.

Superb. 5 out of 5
Ulandi Brand

Amazing getaway! So peaceful, quiet and relaxing. Eric & Laetitia are wonderful hosts - thank you. The cottage is basic but has everything you need and is clean and neat. Will definitely be back!

Superb. 5 out of 5
Priscilla Pieterse

The perfect place to gather your thoughts. Clean and well organized with everything that was available. Nature in all its glory. Definitely a place to go back to. Follow the recipe in the notebook and you will definitely have one of the best home away from home. Adam se huis was ons huis.

Fabulous. 4 out of 5
Gaylin Duncan

What a beautiful place. SO tranquil, quiet and just magical. A home away from home. I could stay there forever. Will definitely come back soon.
Thank you to Eric and Laetitia for being SO accommodating and so friendly.

Plenty to do. Abundance of wine farms. Beautiful views.

Superb. 5 out of 5
Dianne de Freitas

Robertson is really a gem in the Cape Winelands, great wine tasting and dining (Christina's @ Van Loveren, Bourbon Street, Four Cousins, Excelsior) experience all in an authentic environment. A short drive from CT, ideal for a relaxing weekend at a small town pace, to recharge your batteries.

Superb. 5 out of 5
Sharon West

The accommodation.
The tranquility.
The hospitality.
The finer touches.
Absolutely everything!

Superb. 5 out of 5
Nancy Molina

Superb. 5 out of 5
Caroline Ayers

Fabulous. 4 out of 5
+ Show more reviews + Add your review of Robertson