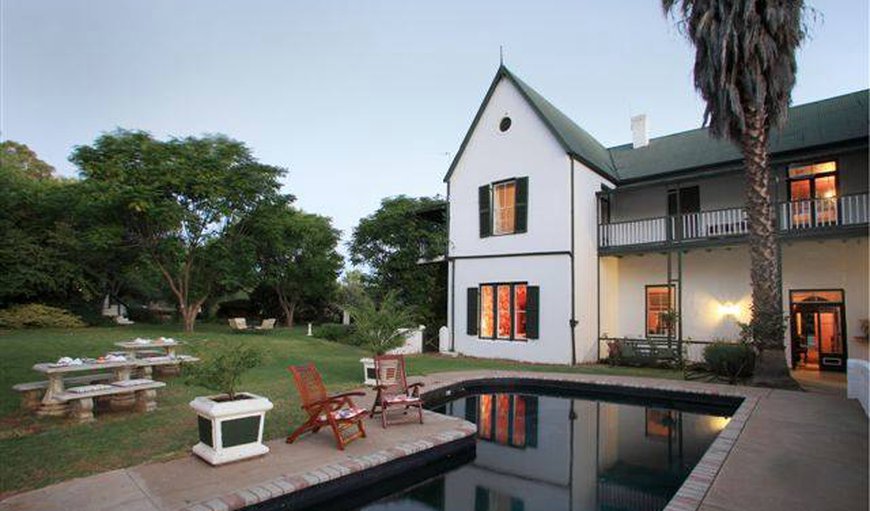 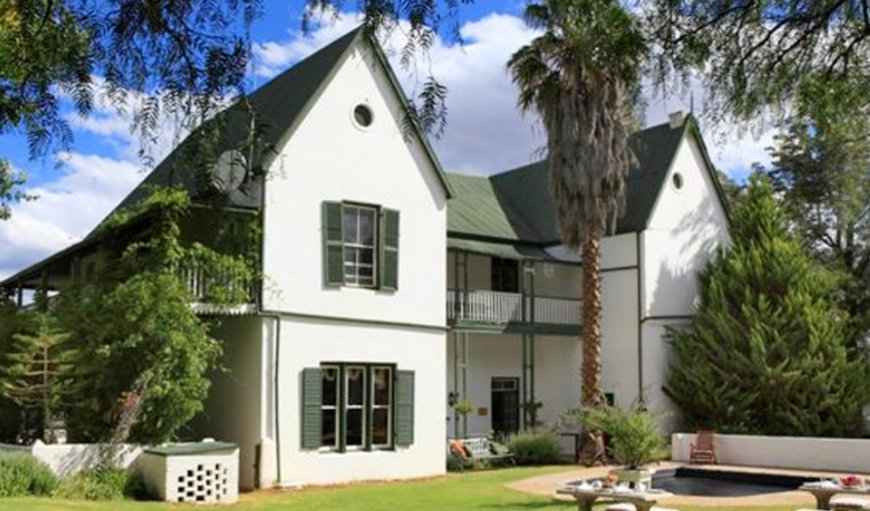 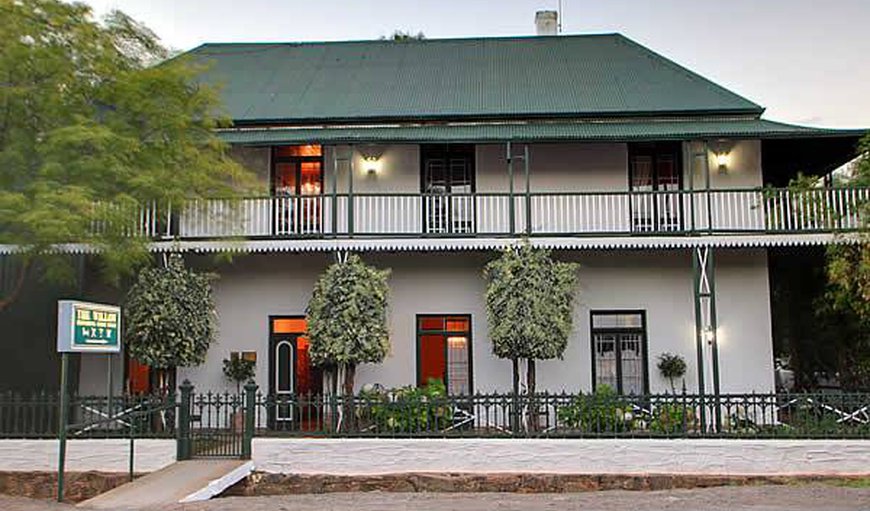 Room View from the outside 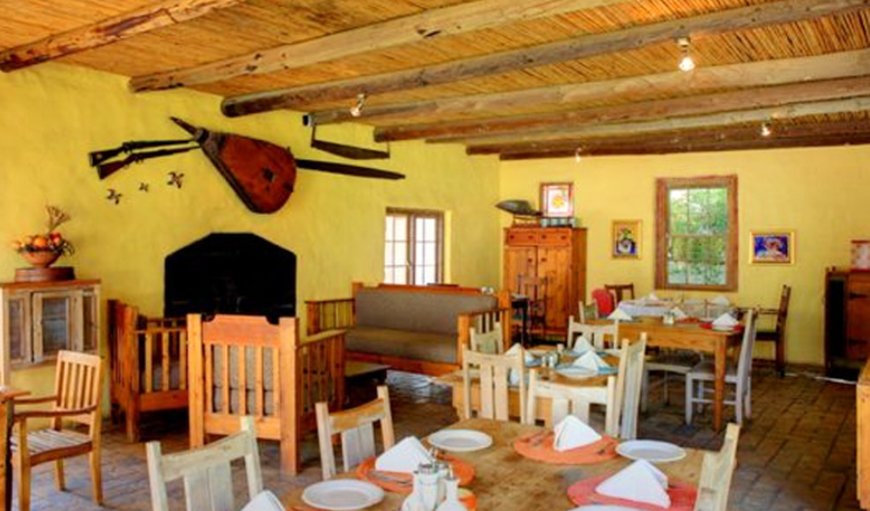 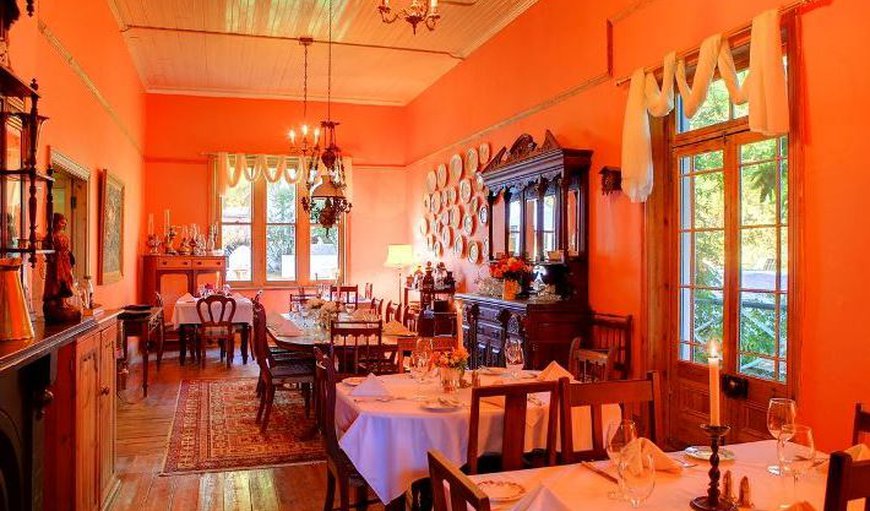 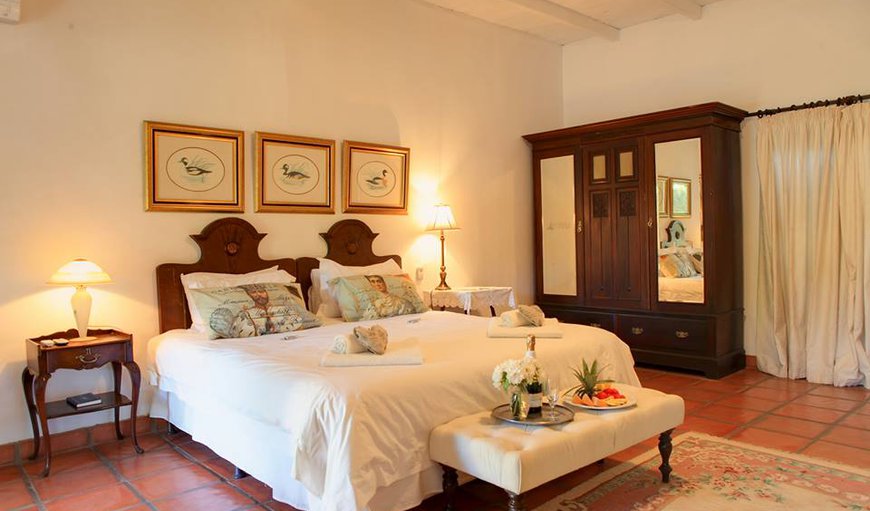 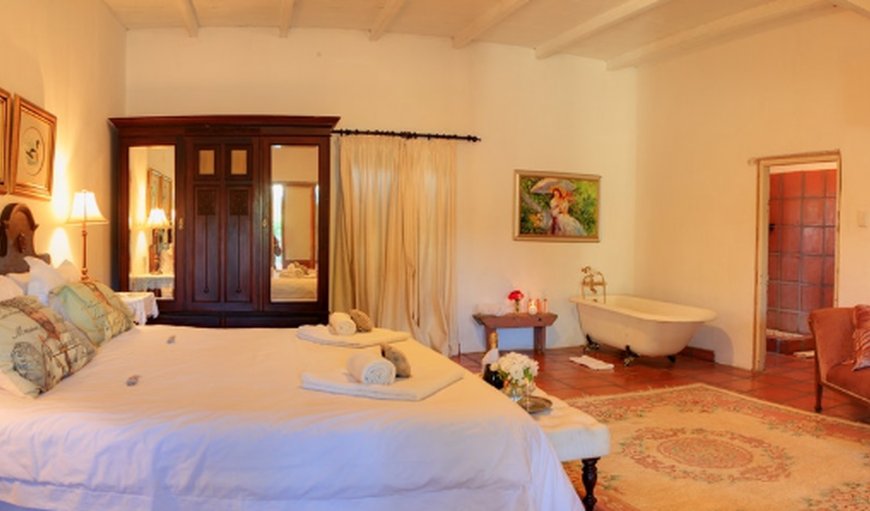 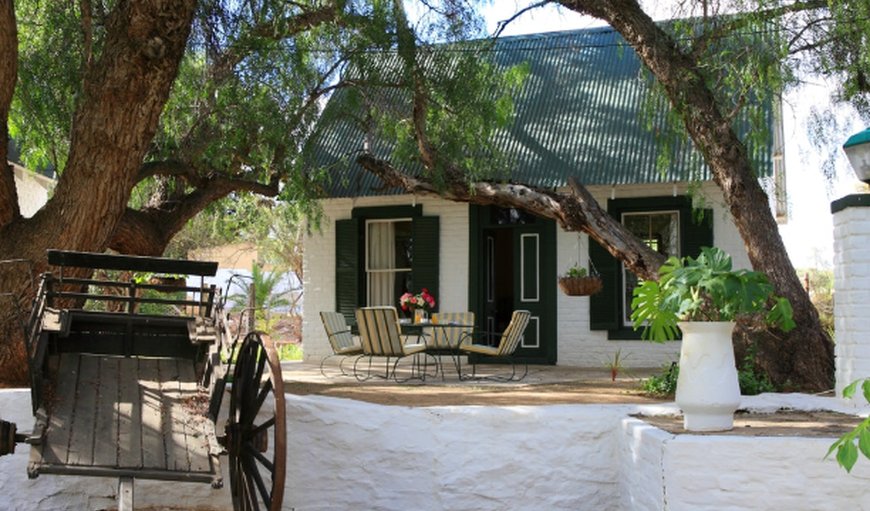 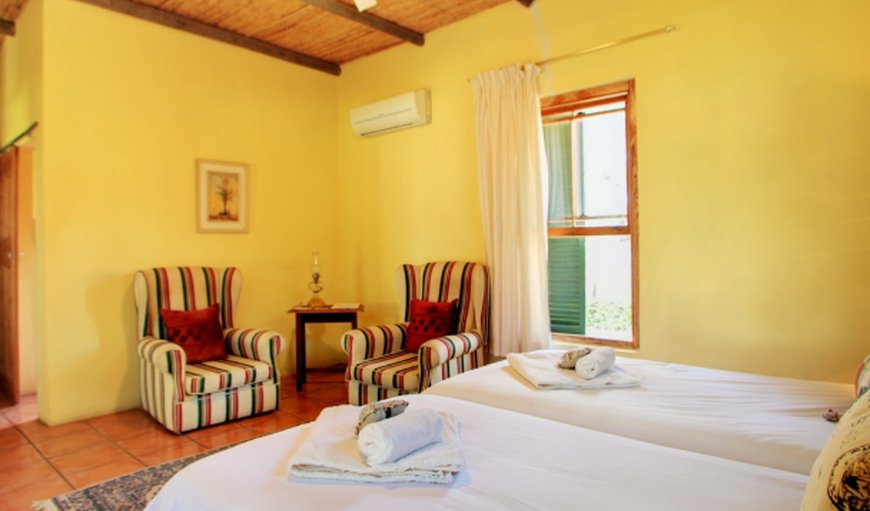 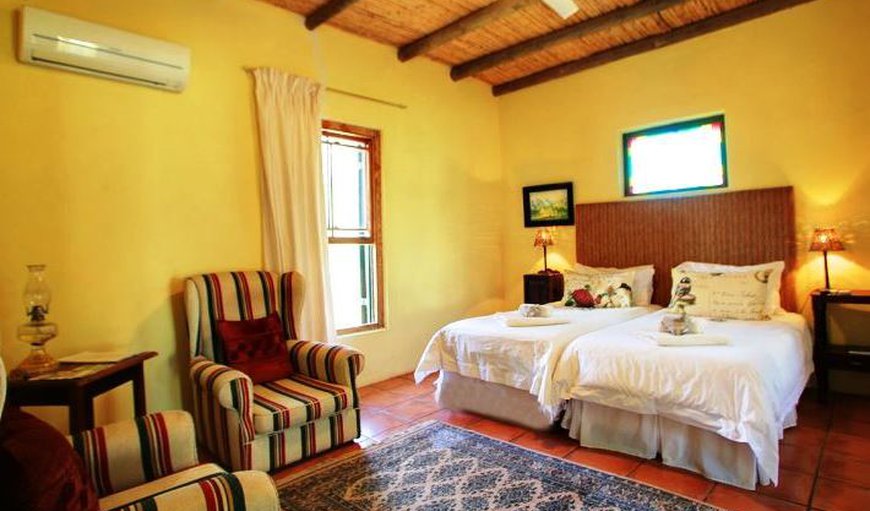 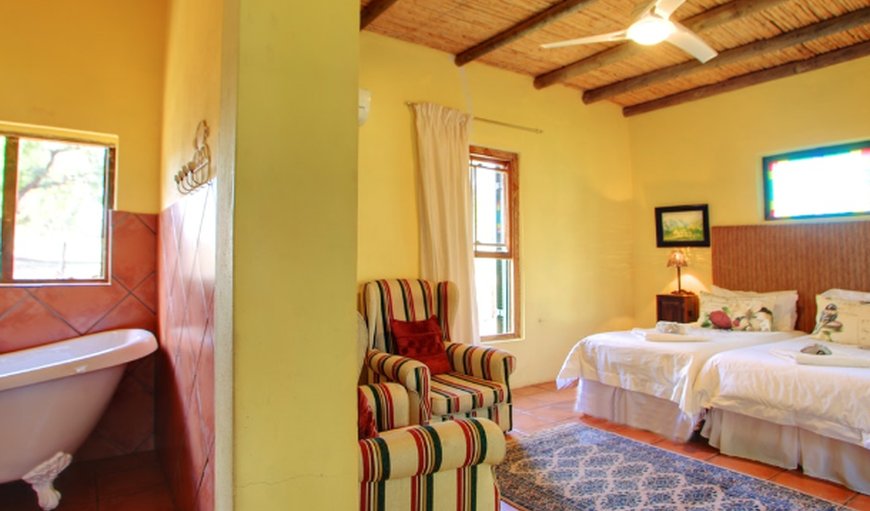 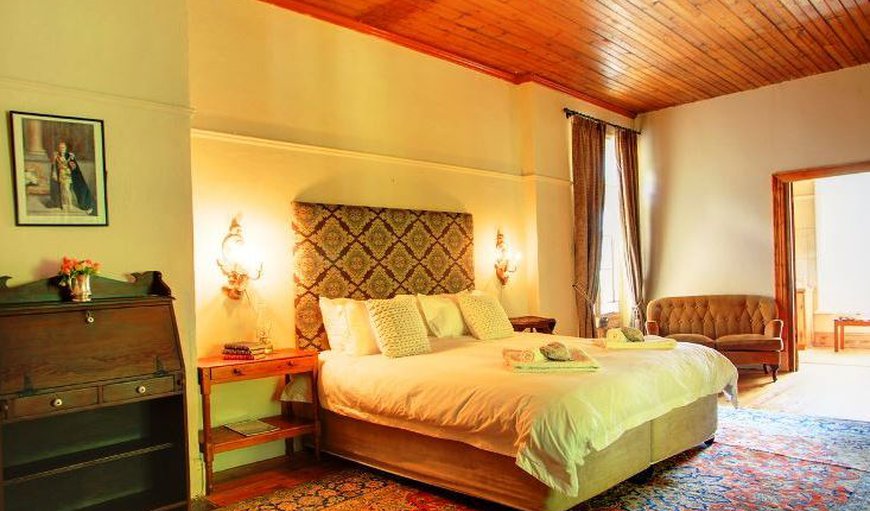 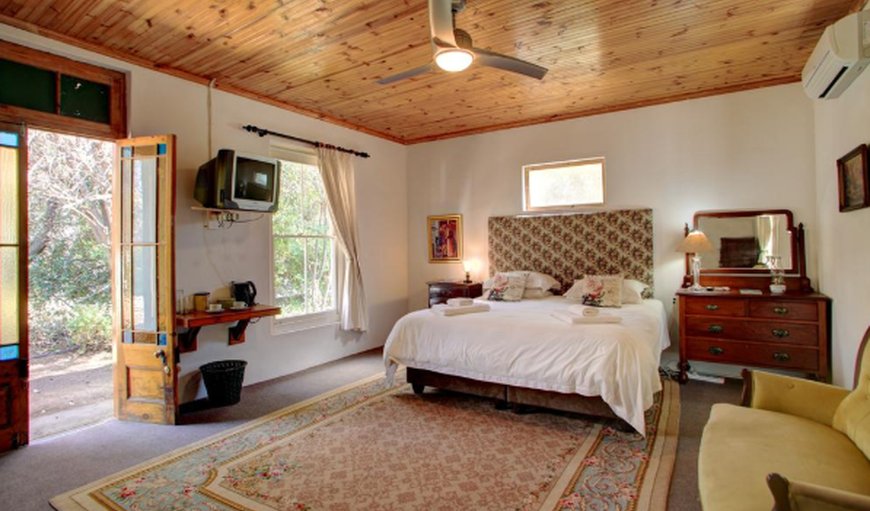 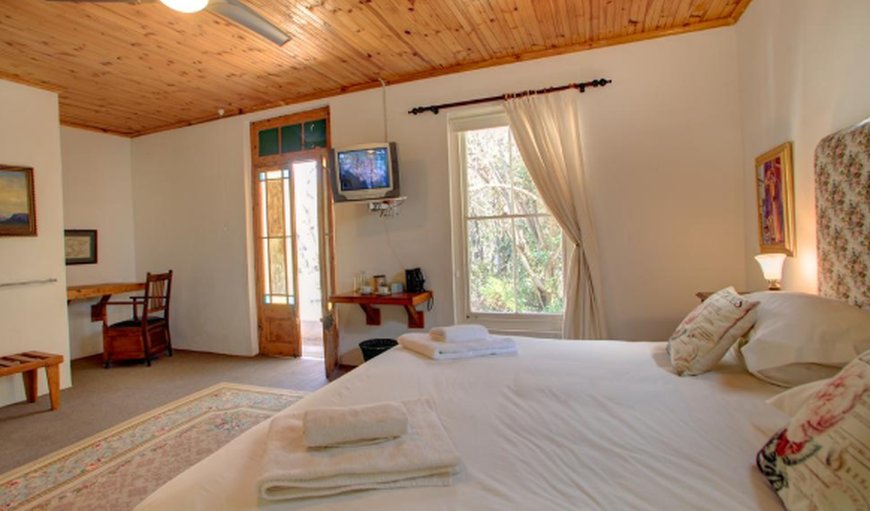 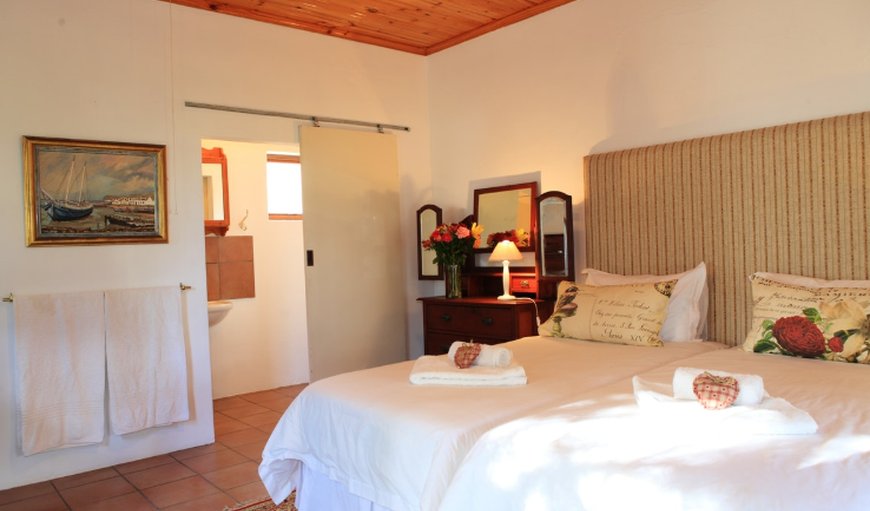 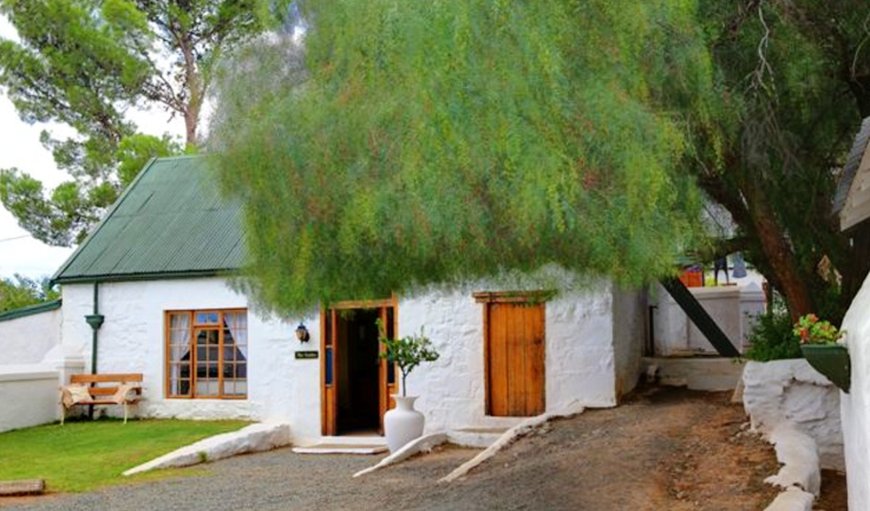 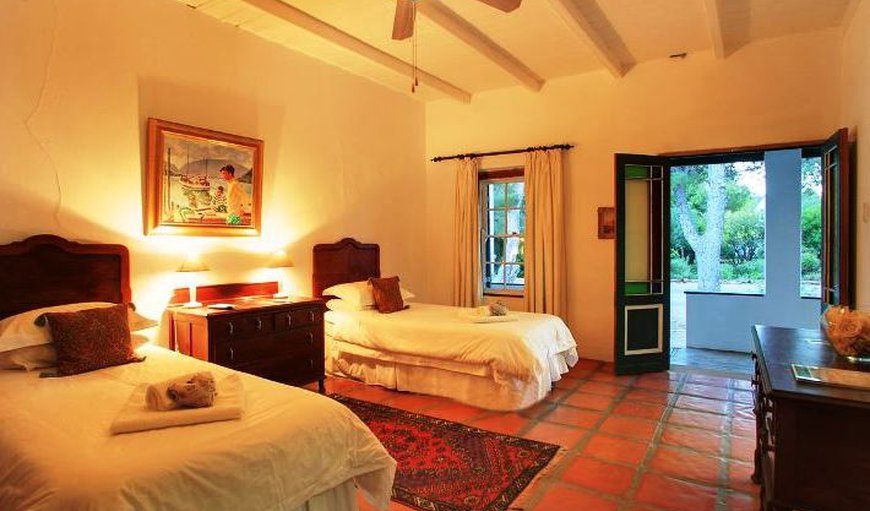 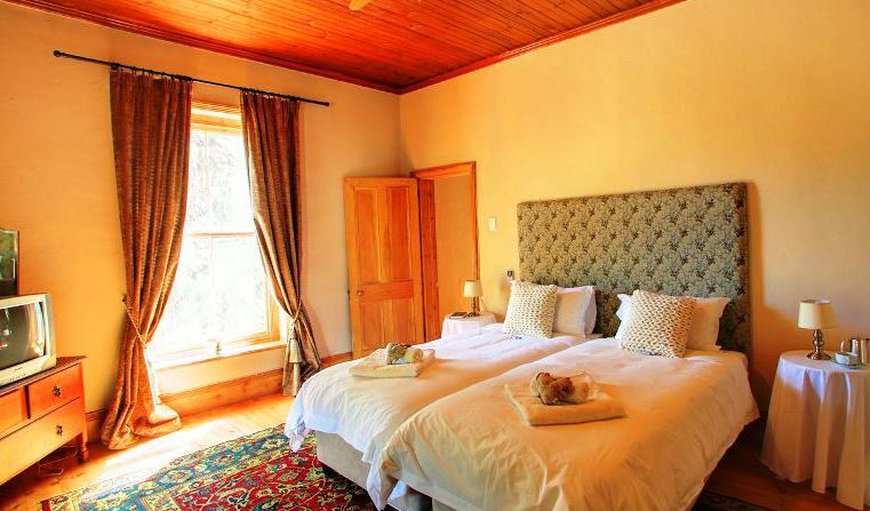 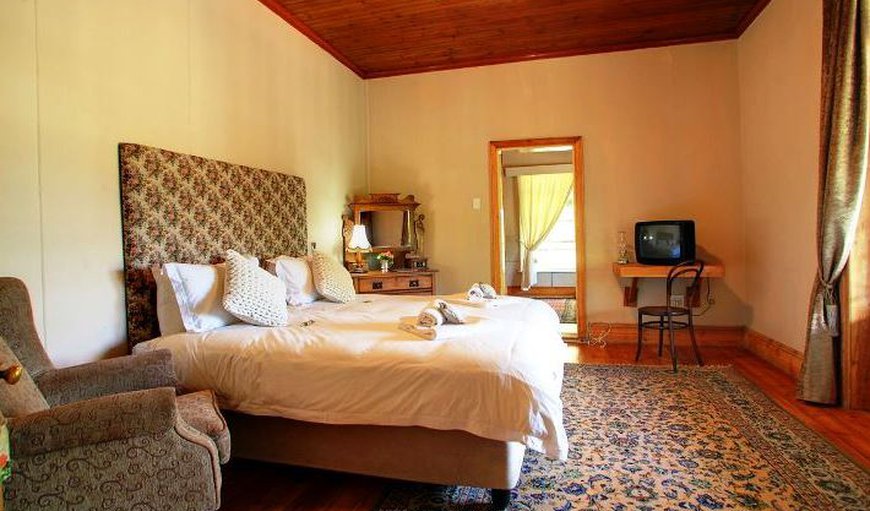 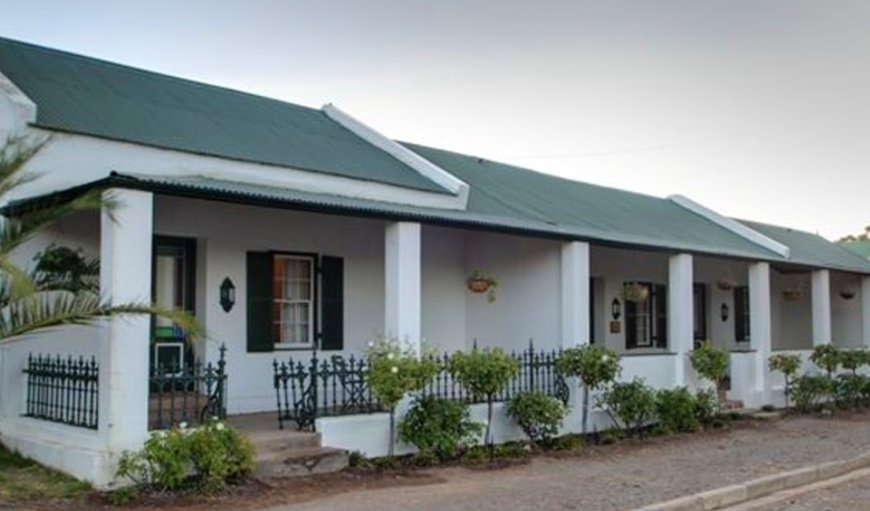 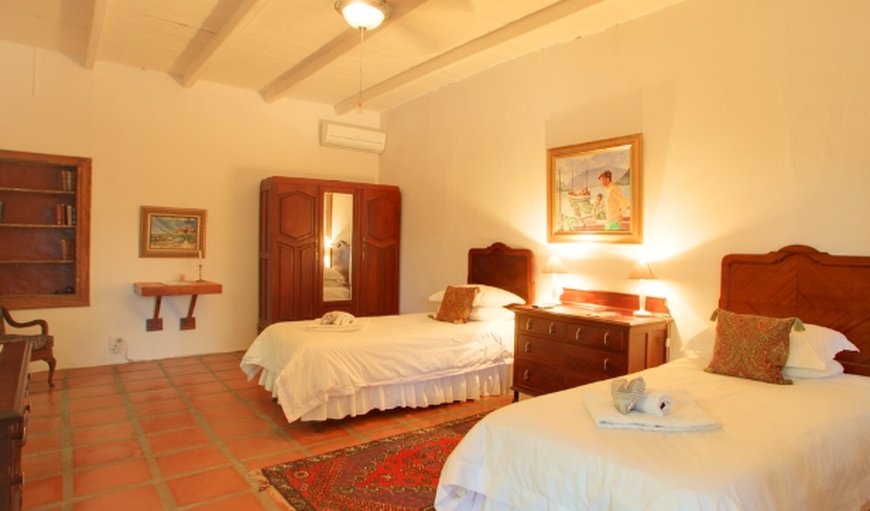 Garden and self-catering cottages are all en-suite. Drinks are served in the Old bar or garden. An a la carte restaurant is available for lunch and dinner. Experience Karoo lamb like you have never tasted before.

Willowmore was officially established in 1874 after starting out as a trading centre on the farm, The Willows. According to some, Willowmore was named after William Joseph Moore, who occupied the farm "The Willows" on which the town was laid out. More romantically, there are others that believe it was named by a farmer, Luhmkuhl, who combined his wife's maiden name, Petronella Catherina Moore, with a large willow tree that stood close to the house.
For years, farming has been a main source of income for those living in the area and since the late 1900's it has been one of the biggest mohair producing areas in the world. The town is one of the few in the area not to have to worry about water as a plentiful supply is obtained from boreholes on the farm Wanhoop, 26km from town.
Even though Willowmore is considered as the western gateway to the Baviaanskloof it is a worthwhile destination in its own right, offering the visitor numerous places of interest and exceptionally friendly people. Add to this a crime free, safe and secure environment, you have found the ideal Karoo holiday destination.

THINGS TO DO AND SEE
BAKERS DAM
BAKERS DAM was built by the South African Railways in 1906 to supply steam locomotives stopping in Willowmore with water. With the advent of diesel locomotives, the Municipality took over the dam to serve as the town's primary source of water at the time. Today bird watchers spend hours at Bakers Dam where bird life and unspoilt flora abounds. A key to the gate is available at the Baviaans Tourism Office in the main road.
AASVOëLBERG
AASVOeLBERG, directly translated as "Vulture Mountain", overlooks Willowmore and is one of the few places in the Karoo where coastal fynbos grows. The mountain offers panoramic views of the area and there are a number of trails offering hikers and mountain bikers the chance to explore the fauna and flora of the mountain. For the adrenalin junky, the mountain lends itself to spectacular para-gliding and adventurous abseiling. There is also a 4x4 trail to the top of the mountain. Contact Joanne Kroon on 044 923 1801.

HISTORICAL GRAVEYARD
The HISTORICAL GRAVEYARD is not only part of Willowmore's early history, but also houses the graves of residents who died due to two notable historic incidents - the Anglo-Boer War (1899 - 1902) and the Great Flu Epidemic of 1918.
HISTORICAL BOER GRAVEYARD
A must-see in town is the beautifully restored old Boer graveyard with interesting graves dating back to the Anglo-Boer War. From here one can take a short hike to a small gunpowder chamber used during battle to store gunpowder and ammunition.
WONDERBOOM
The WONDERBOOM is a remarkable sight where two trees, namely the Ghwarrie tree (Eudea undulate) and a Shepherd's Tree (Boscia oleolides, also called a Karoo witgat) grow side by side. What makes this "wonder tree" unique is the fact that the Shepherd's Tree has three stems coming up out of the ground. Two of the stems have joined together, forming an "eye of a needle" and a third stem has grown through the eye, forming the "thread" creating a "needle and thread" effect. The Ghwarrie tree merely keeps the Shepherd's Tree company. Situated 12km on theN9 towards Aberdeen.
JEWISH LIFE
At one stage Willowmore had a thriving Jewish Community and so the need for a JEWISH SYNAGOGUE, built in 1908. THe building is no longer in use, but can be viewed from the outside. The JEWISH GRAVEYARD is still beautifully maintained and open to interested visitors.
BLACKSTONES
The OLD BLACKSTONE POWER STATION, which supplied the town with power until 1984, is open to visitors. Willomwore first started generating its electricity in 1938. In the building are six Lister Blackstone diesel generators, the largest of which is still in working condition. If the need arises, these engines are started up to provide parts of Willowmore with electricity. A key to this facility is available at the Baviaans Tourism Office in the main road.
PIERRE FERREIRA HIKING TRAIL
The PIERRE FERRIERA HIKING TRAIL takes you through beautiful virgin Karoo veld, past two old forts and offers panoramic views over the charming village of Willowmore. Hiking this trail early in the morning or by sunset gives a truly unique experience of the Karoo.
THE WILLOW LIMO
Enjoy a relaxing donkey cart tour through the streets of Willowmore with THE WILLOW LIMO, to be found in the main street.
CEMENT ROAD
Construction of the CEMENT ROAD between Willomwore and Steytlerville commenced in 1952 and was completed in 1954. At the time of building the road cement was more economical than bitumen, which had to be imported. The road is a single strip with vehicles having to move onto the gravel verge for oncoming traffic. The length of the cement road is 36km. This road is the shortest route from Willowmore to Port Elizabeth.
HISTORICAL BUILDINGS
There are many lovely HISTORICAL BUILDINGS in town, quite a few dating back to the 19th century, including the Old Dutch Reformed Rectory, built in 1864, The Old Jail, built in 1896, St Matthew's Church, completed in 1881, and the beautifully renovated Town Hall, built in 1896, which has an unusual clock tower.
PEDESTRIAN BRIDGE
THe iconic "Rooi Bruggie" was erected as a PEDESTRIAN BRIDGE over the Noodsloot River and was used when the river was in flood. The road was a drift/ford at the time.
GOLF
Willowmore boasts one of the few Karoo GOLF COURSES with 9 grass greens. Tel 044 923 1702

Excellent stay. Previously stay with them, and will stay in future also. Don't miss the small town Willowmore.

Superb. 5 out of 5
Anthony Grendon

Lauren and Nathan were excellent hosts. Highly recommend the dinner.

Fabulous. 4 out of 5
Lizel Wasserman

We had a lovely stay, thanks.
Nothing to complain about.

Start your review of The Willow Historical Guest House

+ Add your review of Willowmore