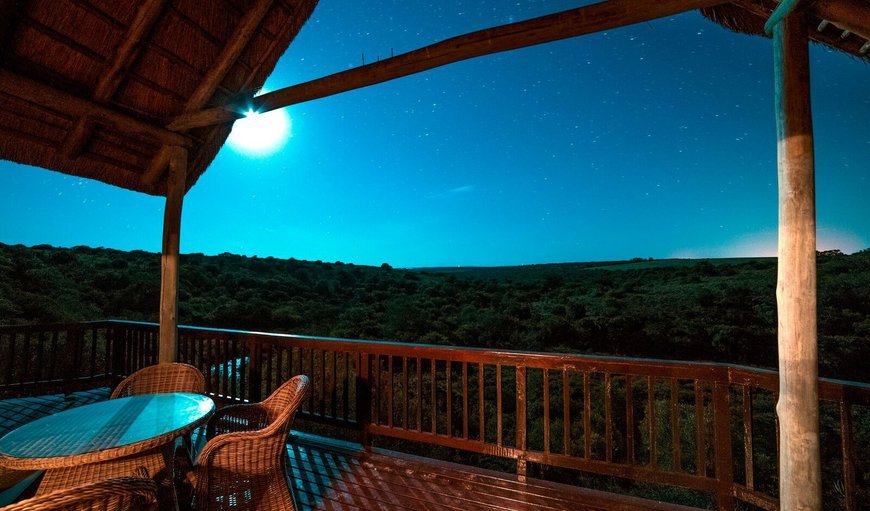 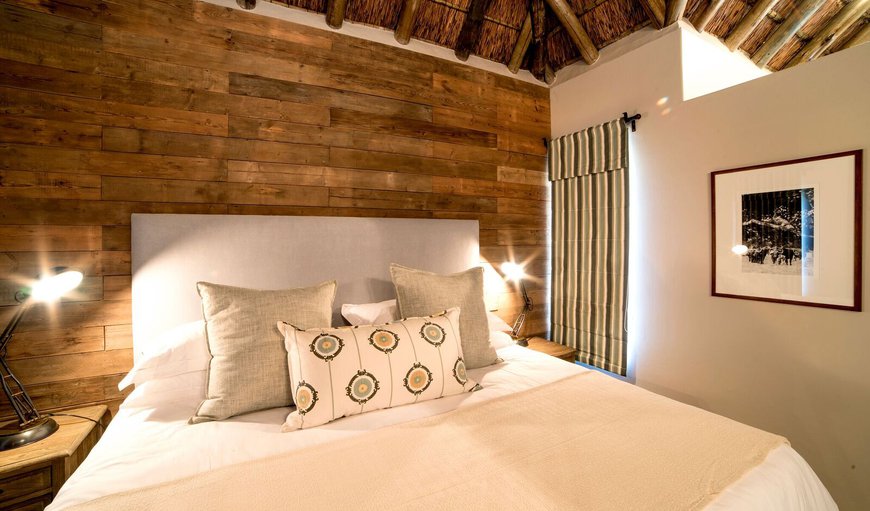 The rooms are luxuriously furnished and has crisp percale cotton linen 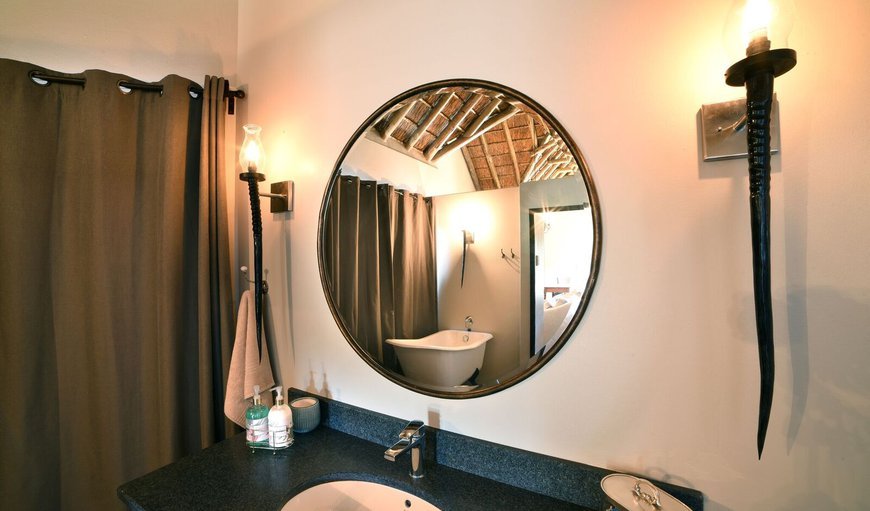 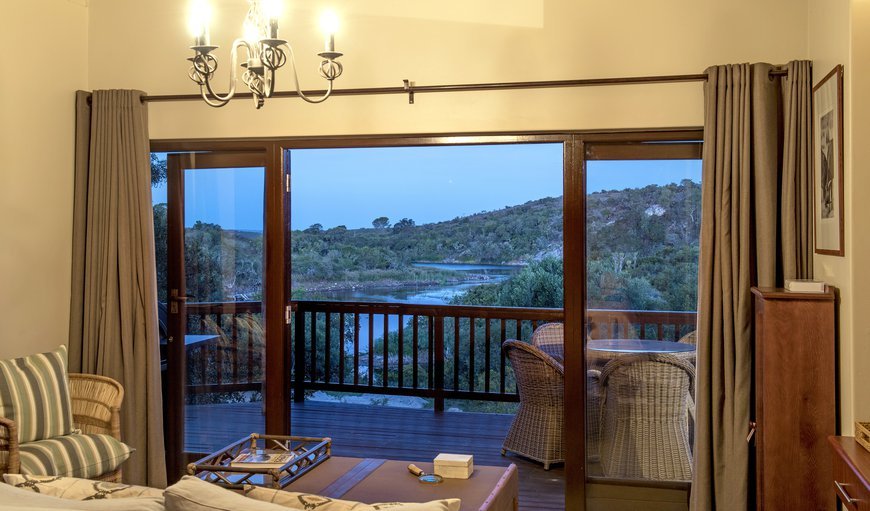 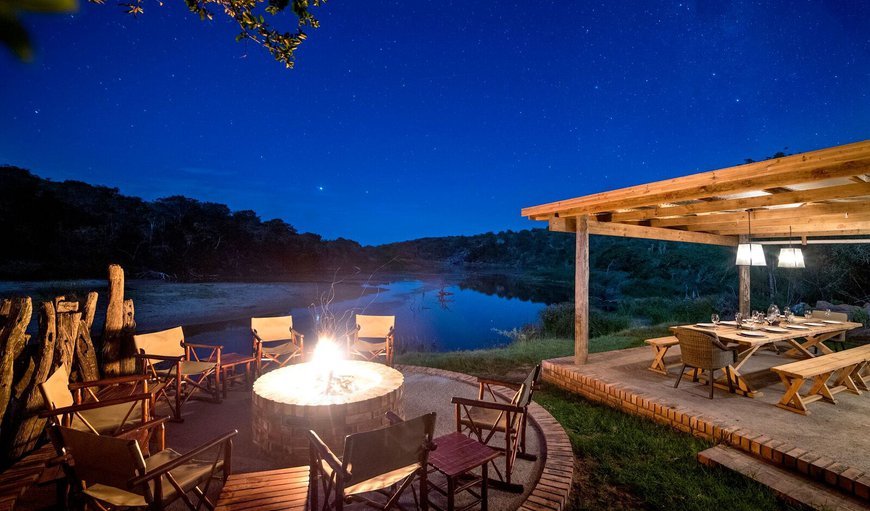 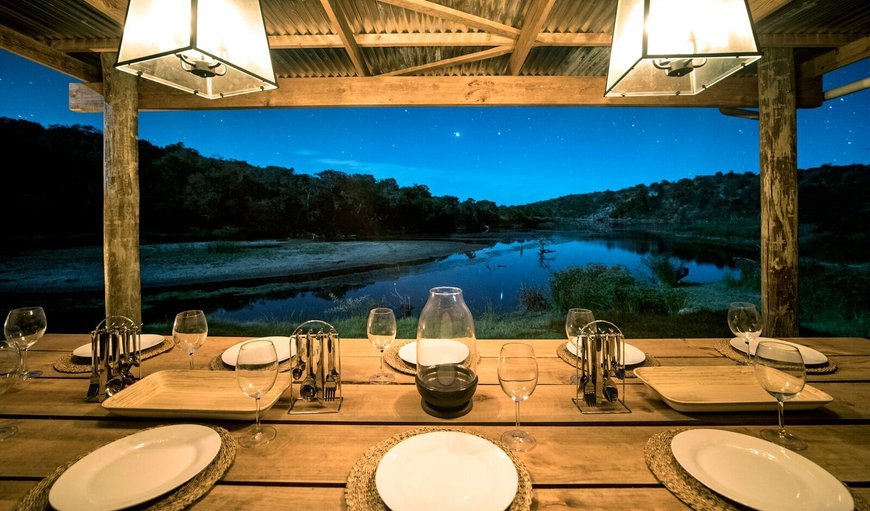 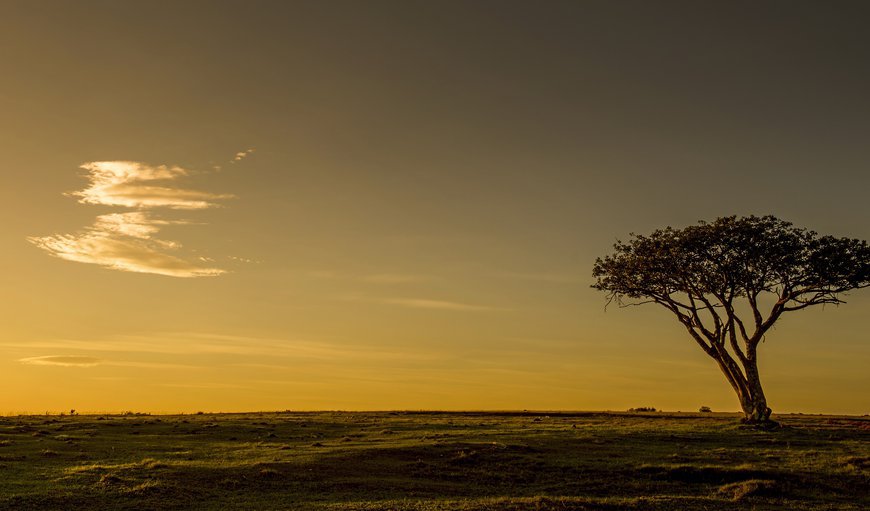 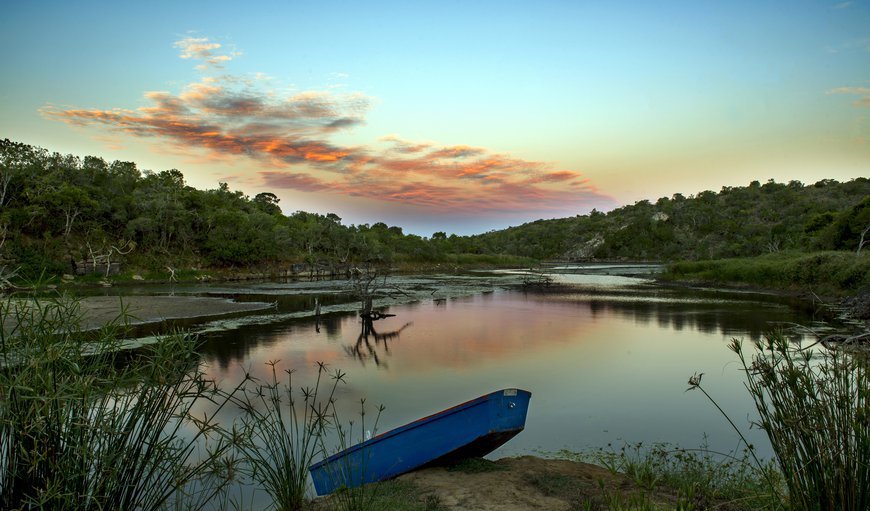 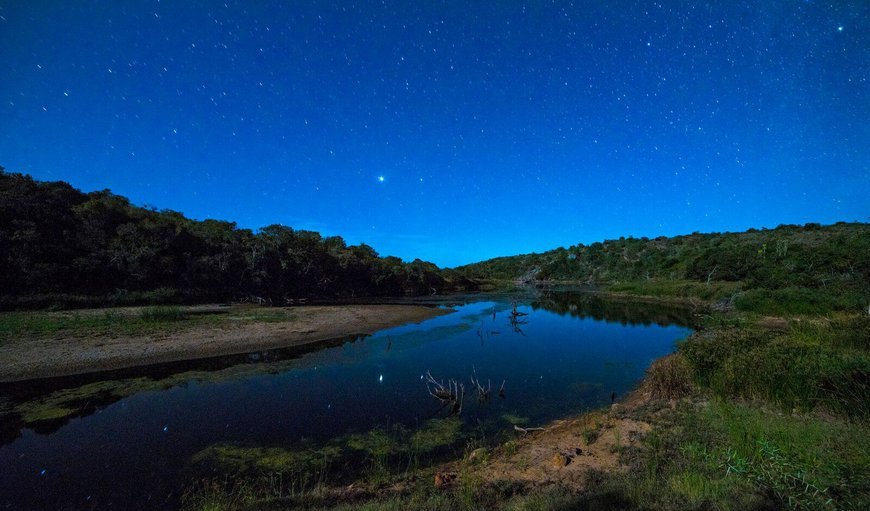 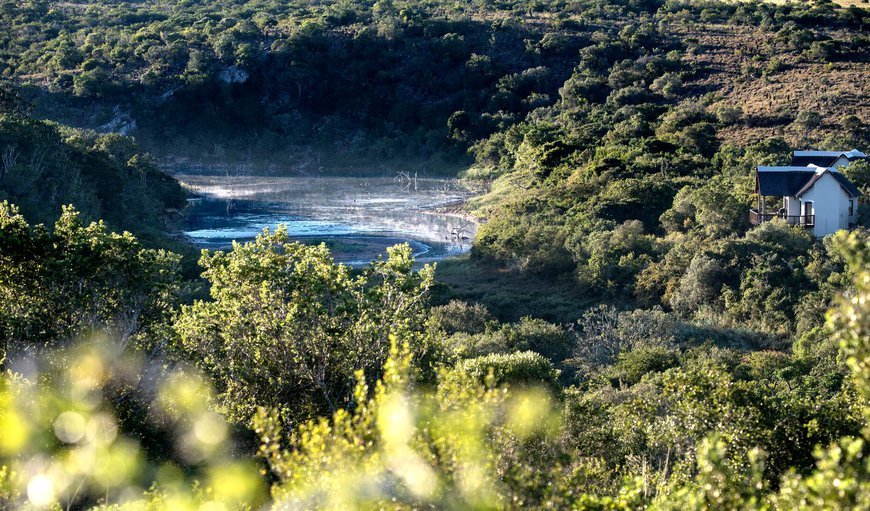 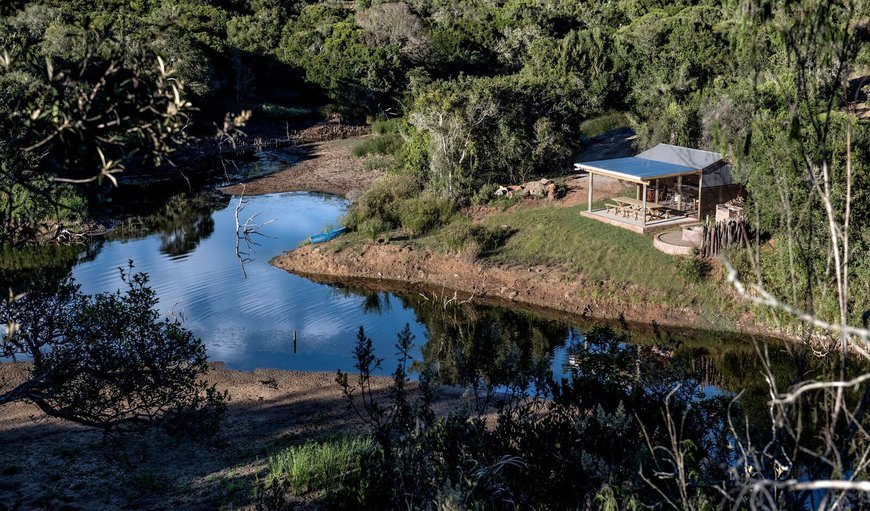 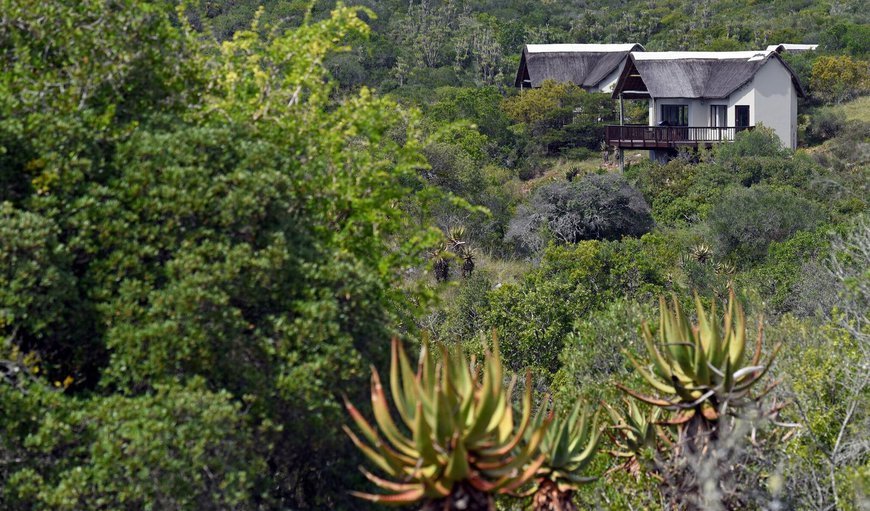 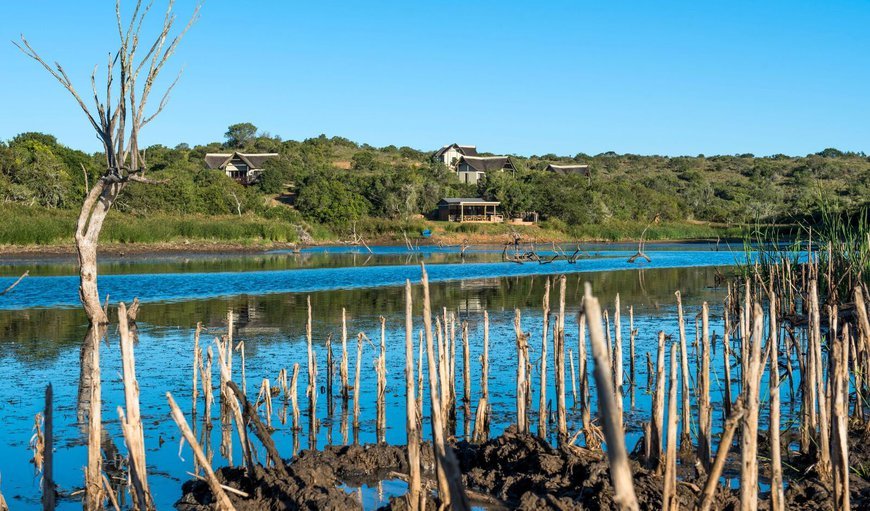 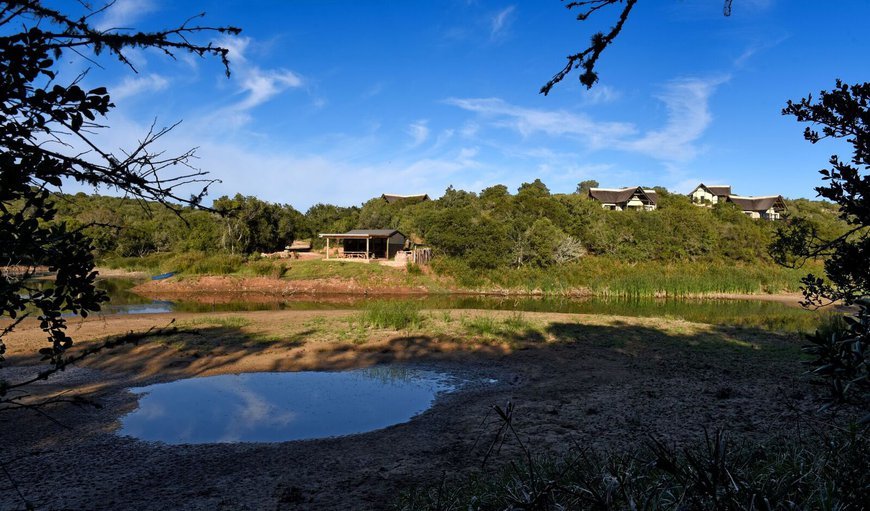 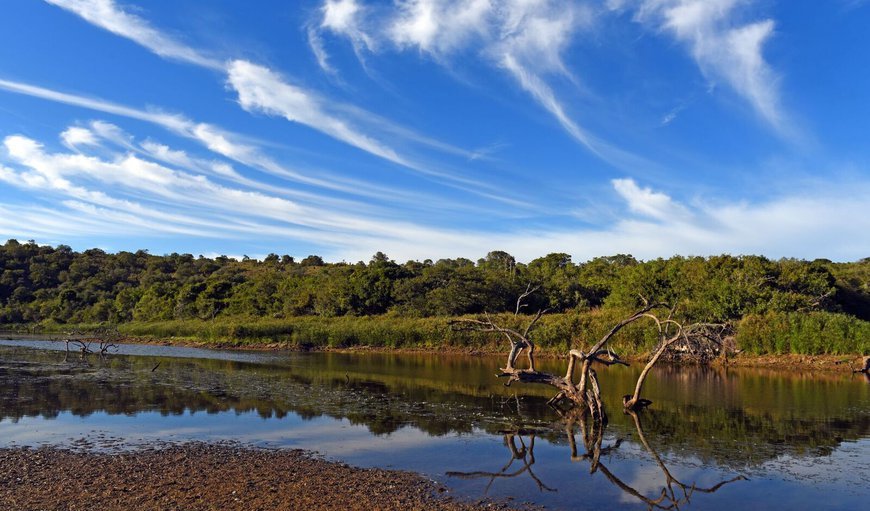 Burlington Bush Cottages is a secluded secret, situated in the Eastern Cape - South Africa's 'wild province' where the bushveld meets the beach. Here, an experience in stylish, rustic living awaits - side by side with all the organic beauty that nature has to offer.

This secluded kloof is home to four cottages perched over a scenic dam, each designed for relaxed luxury. The indoor space transitions effortlessly into the outdoors, where features like a fire pit and braai area allow guests to dine under the stars.

Each of the four cottages is designed to cater to modern conveniences while treating guests to an experience in bucolic living. Elegantly decorated bedrooms lead off onto spacious balconies that overlook the dam and the surrounding bushveld - the perfect space for taking in the view and soaking up the sun. In the morning, enjoy breakfast in the outdoors as you take in the view. As you wind down the day, settle down with a book on the sleeper sofa or stretch out in the super king-sized bed, amongst plush pillows and luxurious percale cotton linen, for an afternoon nap - time passes slowly here... Allow the luxury furnishings in each cottage to envelop you in comfort.

Our friendly service team will ensure that your stay with us is comfortable, convenient and relaxed - filled with the best hospitality the province has to offer. Everything you need is right here and most requests can be accommodated by our receptive and approachable team. Far away from the disturbances of the city, it's an oasis that allows you to sit back and relax. This natural haven is home to extensive bird life, otter colonies and herds of free-roaming game.

Burlington Bush Cottages' bespoke offering includes 'The Boat House' - a fully equipped, communal kitchen area (in addition to the kitchenette in each cottage) complete with a fridge, freezer gas stove and electric oven that will take care of all your self-catering needs. Outside, a fire pit with 16 safari chairs provides the ideal spot for fireside conversations while the braai facility allows guests to hone their wood-fired cooking skills. Make every moment a memorable one. Watch the sunrise, experience the sunset while you dine outdoors, fill your lungs with fresh air.

The City of Grahamstown together with the nearby towns of Alicedale and Riebeeck East and the quaint villages of Fort Brown, Salem, Seven Fountains and Sidbury make up the Makana Municipality in the Eastern Cape, South Africa.

This region also forms part of the popular Frontier Country route - so named because it was literally the 19th century frontier between the British Cape Colony and the Xhosa territories. It was once the scene of many a battle between the three most significant entities of the local history - the Boer (or Afrikaner), the English colonialists and the indigenous Xhosa folk. Much of what happened here set the tone for South Africa's turbulent multi-cultural history. Today, Frontier Country remains a diverse melting pot of languages, cultures and colours.

Fast gaining in popularity, this small part of the world is an undeniably beautiful area that is rich in culture, history and heritage and offers visitors easy access to the unspoilt beaches of the Sunshine Coast and premier game reserves in a malaria- and bilharzia-free environment. It is a naturally and ecologically varied destination with spectacularly rugged scenery. The vegetation of this region is beautiful and typical of the abundant Eastern Cape, with rolling hills laden with green scrub, trees and grasslands. Frontier Country is known for being the home of the Big 7 - lion, leopard, rhino, buffalo, elephant, great white shark and southern right whale. These are magnificent animals that are always spectacular to see. However, the fauna extends far beyond these, and includes a number of antelope, mammals, insects, reptiles and birds.

The Frontier Country route is essentially a grouping of farms that are progressively diverting the use of land from agriculture back to wildlife. Gradual introduction of the Big 5 (lion, leopard, elephant, rhino and buffalo), as well as large antelope such as kudu, zebra and giraffe are taking over the area with almost 80% of the land already 'converted'.

Seven Fountains is one of several quaint little farm towns scattered across the region - towns that were left behind but survived, when British settlers abandoned their farms for larger towns and merchant futures. Seven Fountains is located next to the Pumba Game Reserve and has a population of only 2000.

Seven Fountains was originally a resting place for ox-wagons in the 18th century and came to be known as Zuurplaats by early Dutch settlers to the area.

In 1820, abandoned loan-farms were re-allocated to newly arrived British Settlers. They erected the first Methodist church there in 1834 and it is still in use today even though a newer and larger church was built in 1929.

* Adventure Activities - On land, under the sea and in the air, adventure seekers are spoilt for choice with trout fishing, hiking, skydiving, hang-gliding, horse riding, elephant experiences, off road quad biking, abseiling, river rafting and mountaineering.

* Blue Flag Beaches - Visitors are drawn to the shores of the Eastern Cape by the popular blue flag beaches that conform to international standards of excellence - or by the remoter beaches of the Wild Coast, an uncrowded haven for families, fishermen, hikers and scuba divers.

* Private Game Reserves - Conservation is high on the agenda in the Eastern Cape with farm owners emerging as one of the key contributors. Progressively, more land is 'given back' to the wildlife as they restock their land to include endangered species and birdlife. These reserves add to the already large conservation areas of the Mountain Zebra and Addo Elephant National Parks, where visitors can get up close and personal with their favourite member of the Big 5.

* Art and Culture - The region offers many art galleries and studios, the annual Grahamstown National Arts Festival (late June / early July) and the arts and crafts of the Xhosa people. The Grahamstown National Arts Festival attracts visitors from all over South Africa to indulge in some local arts, crafts and performances. There are more than 500 different shows annually; including jazz, interpretive dance, ballet, drama, cabaret, stand-up comedy and more. Venues are set up all across the city and the town becomes a hive of activity from early morning trading of food and crafts to late night live music concerts and shows. The National Arts Festival offers a wide programme over ten days, with hundreds of exhibitions and performances, and it has become the premiere showcase for South African visual arts, music, theatre and dance. The Keiskamma Art Project teaches craft skills to local women who make exquisite hand beaded, dyed and woven items that make perfect gifts and souvenirs. A very new attraction is the KWAM eMakana, a township tourism project where visitors are offered an authentic township experience. Guests can stay in a home in the township, travel to the township in a KWAM taxi and visit a shebeen (tavern or pub).

* History and Heritage - With its rich heritage, the Frontier Country is known as the historic heartland of the Eastern Cape. Many historic and cultural sites tell the story of the area and await to be discovered. Grahamstown is also acclaimed for its museums, which provide an insight into yesteryear. These include the National English Literary Museum, Provost Prison, Rhodes University Museum, and Natural Science Museum. Spending a day viewing the town's spectacular churches is a worthwhile past time, especially the Anglican Cathedral of St Michael and St George. Situated in the town square and completed in 1952, it replaced the much simpler Georgian parish church. It is also the only church in Africa boasting the ring of ten bells. Grahamstown boasts some of the finest schools, colleges, universities and educational institutions to be found in South Africa, and is home to Rhodes University, one of South Africa's top universities.

* Shopping, Food and Drink - The Nanaga Farm Stall is situated along the N2 between Port Elizabeth and Grahamstown. This is a massive "stall" that is famous for its pies, roosterbrood (traditional South African bread), pineapple juice and other delights that are all freshly made on site. There are also cheeses, meats, mementoes and gifts on offer here.